A robbery and shooting was reported at South Bay Massage and Spa in Seattle's Skyway neighborhood Thursday night. 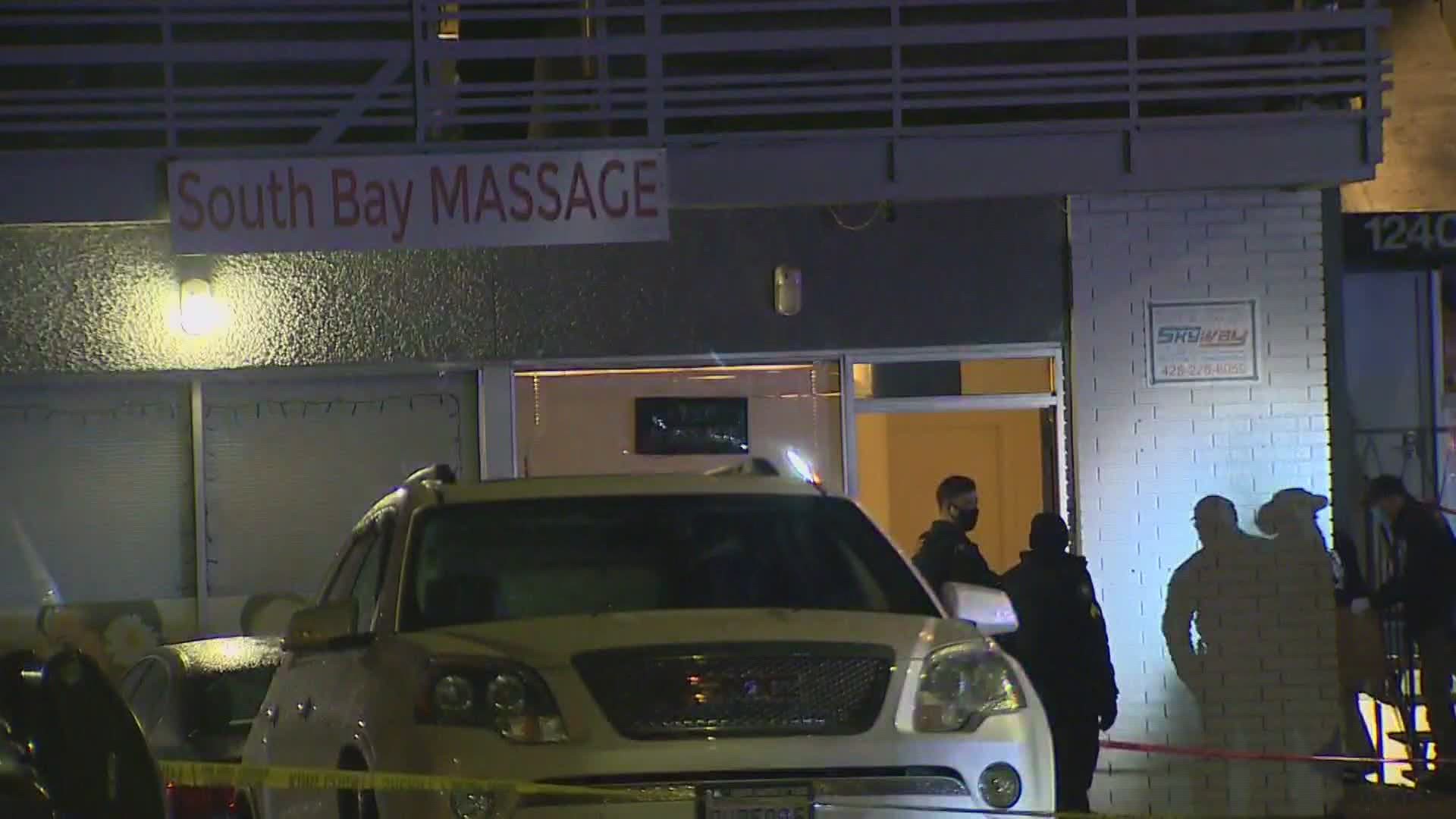 SKYWAY, Wash. — The King County Sheriff’s Office is asking for the public’s help identifying two suspects in relation to a shooting and robbery at a business in Skyway Thursday night.

The shooting was reported around 9:30 p.m. at South Bay Massage and Spa, located at 12405 Renton Avenue South. According to the sheriff’s office, an employee was shot in the leg during a robbery attempt. The victim was taken to the hospital with non-life-threatening injuries.

The King County Sheriff's Office was adamant Thursday that the shooting and robbery was not connected to the recent deadly attacks in Atlanta.

Detectives said both suspects are men and appear to be in their late teens or early 20s.

One suspect is described as a taller, light-skinned man with a thin build. He was last seen wearing a blue jacket, black high-tops, and dark sweatpants with a white stripe on the leg.

The second suspect is described as a shorter, thin man who was last seen wearing a blue jacket, brown shoes, and “possibly jeans,” the sheriff’s office said.

Anyone with information is asked to call the King County Sheriff’s Office non-emergency number at (206) 296-3311. Anonymous tips can also be shared at P3Tips.com or by using the P3Tips app on your mobile phone.

just spoke with KCSO they tell me this was a robbery and NOT related to the other shootings in Atlanta. One person, believed to be an employee, was taken to Harborview with non life threatening injuries according to KCSO. They believe there were 2 suspects, but no description yet

KCSO is inv. a robbery at S. Bay Massage (12400 blk. of Renton Ave S). One male victim was trans. to HMC w/non-life threatening injuries. This is an active scene with 2 suspects outstanding. At this time, all evidence indicates this is a robbery with no other motivations.