A man and woman went missing in the waters of Lake Washington on Sunday. Their disappearances are not linked. 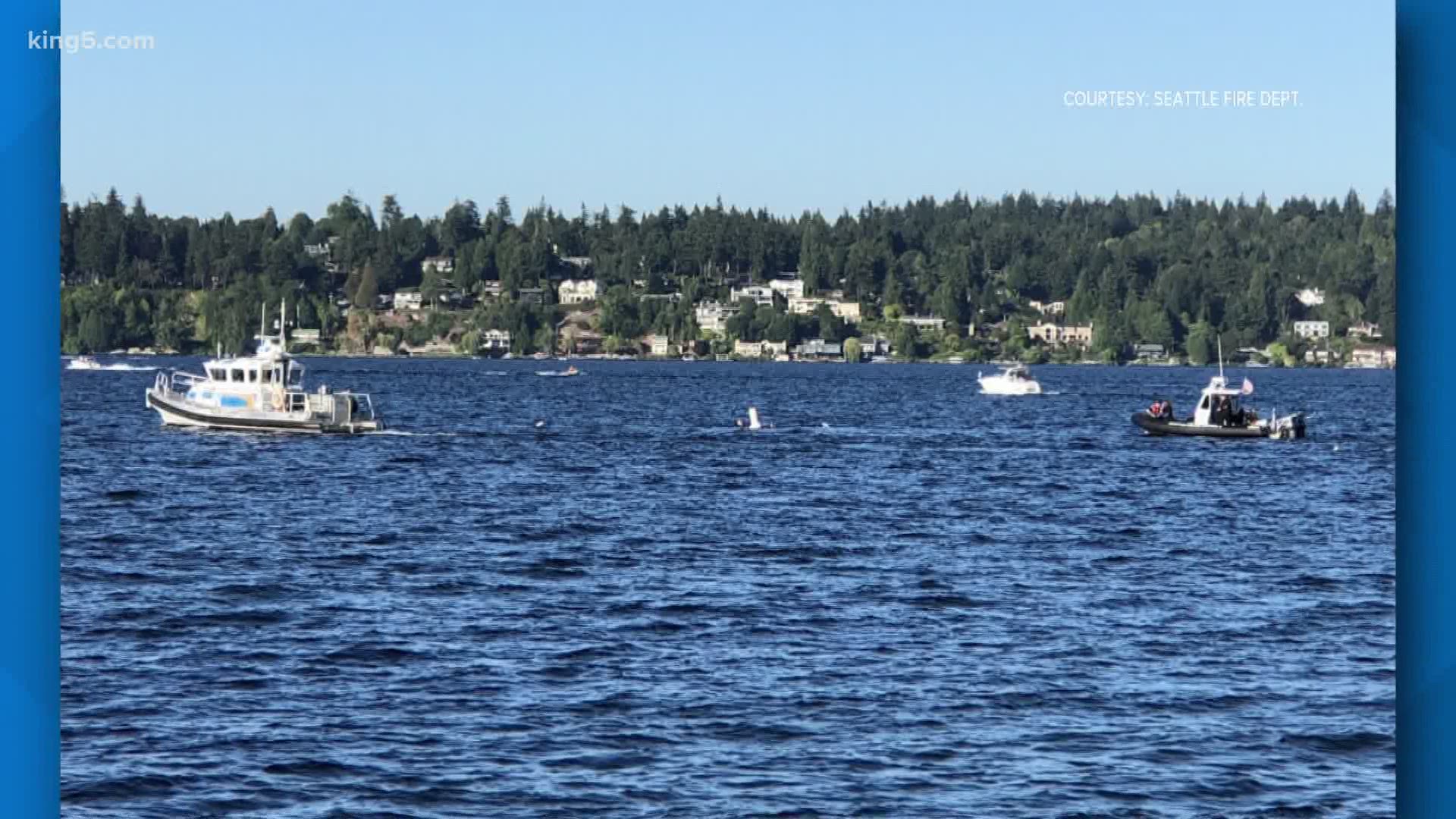 SEATTLE — Editor's note: Video aired before the bodies were recovered.

Dive teams spent the week searching for a man and woman who went missing in Lake Washington Sunday evening, hours apart. Their disappearances are not connected.

Police said the King County Medical Examiner will determine if the recovered bodies are the same man and woman who went missing Sunday. Neither of the missing people have been identified.

The searches began Sunday when the Seattle Fire Department responded to an area just north of Andrews Bay around 5:30 p.m. reports of a man who went underwater.

A group of people were on a pontoon boat and decided to go swimming. Witnesses told Seattle police that a man in his 20s appeared to be in distress. Four people swam to the man to try and bring him to the boat, but the man slipped through their grasp and went underwater.

The second incident happened around 8:40 p.m. Sunday just east of Seward Park. Witnesses told police that a woman fell off a ski boat into the water. The person driving the boat reportedly jumped into the water to try and rescue the woman in her 20s but was unable to rescue her.

Divers from the SPD and Seattle Fire searched the area for two hours but suspended the search due to darkness and rough waters, police said. A Coast Guard helicopter also assisted in the search.

On Wednesday, police announced a woman's body was recovered in the same area, but it will be up to the Medical Examiner to determine if it's the same woman who disappeared on Sunday.

Update on water rescue response: crews searched for over an hour and were unable to locate the woman who went under. This is unfortunately now a recovery mission, response turned over to @SeattlePD