Seattle police said a caller reported seeing people flee after a break-in at a Lake City strip mall just before the two-alarm fire broke out. 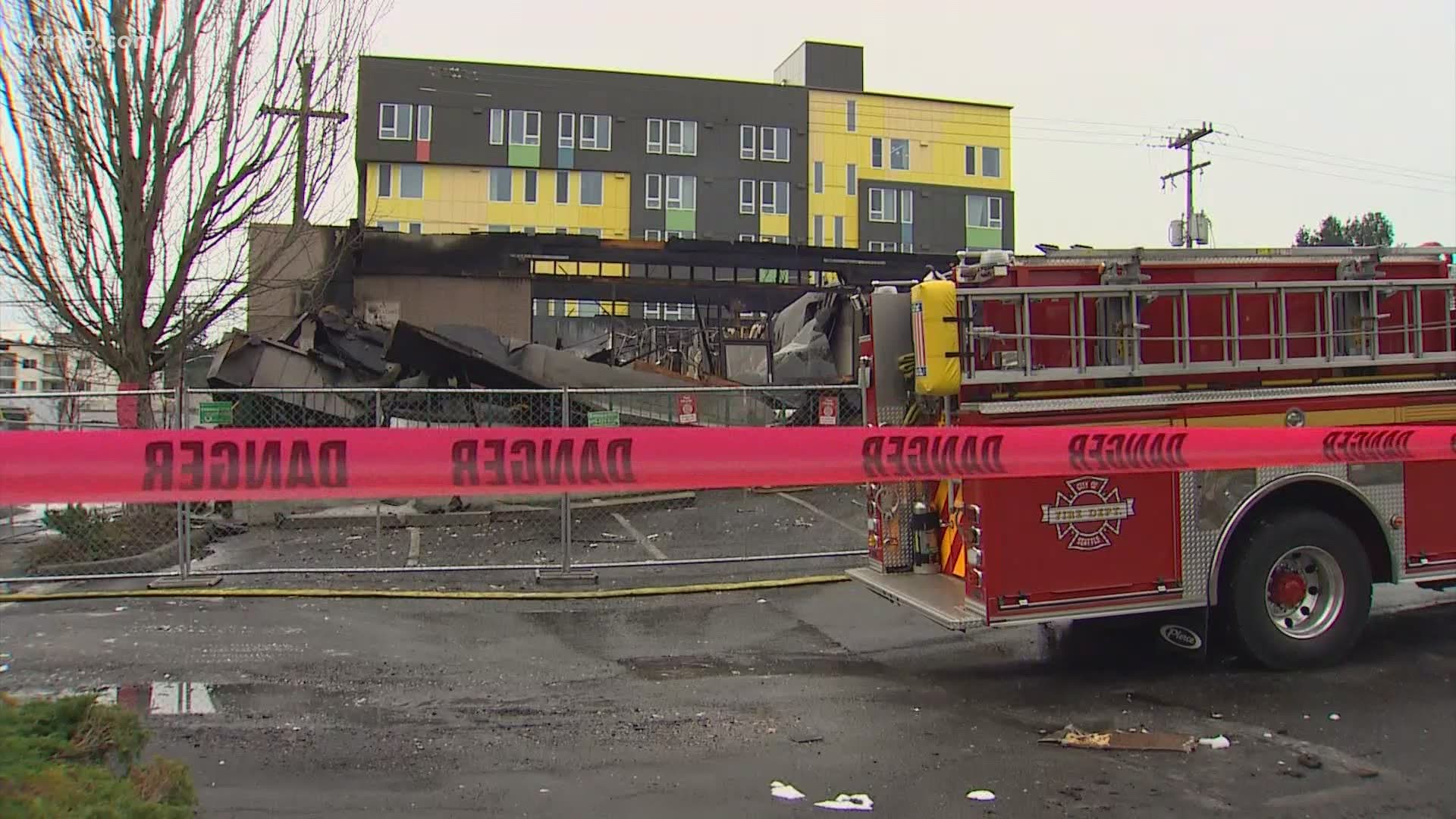 Seattle Fire investigators determined the cause of the fire was incendiary. The arson bomb squad and the Seattle Fire Department fire marshal are investigating the fire.

Seattle Fire said beyond noting that they believe it was intentionally set, investigators can’t release more details about the fire. Officials believe it spread quickly through the void space between the roof and ceiling that connects the businesses.

The incident was initially reported as a burglary call, according to police.

While the witness was on the phone with police just before 11 p.m., he told them several people were breaking into a business in the 3000 block of NE 127th Street, according to Seattle police. The caller told police he watched the people leave in a car and that the burglarized business was on fire.

Seattle Fire responded to reports of heavy smoke from the strip mall. The smoke was coming from a small void space that connected the businesses in between the ceiling and the roof, according to fire officials.

Within 30 minutes, sections of the roof had collapsed.

The fire was under control by 12:26 a.m., according to Seattle Fire. 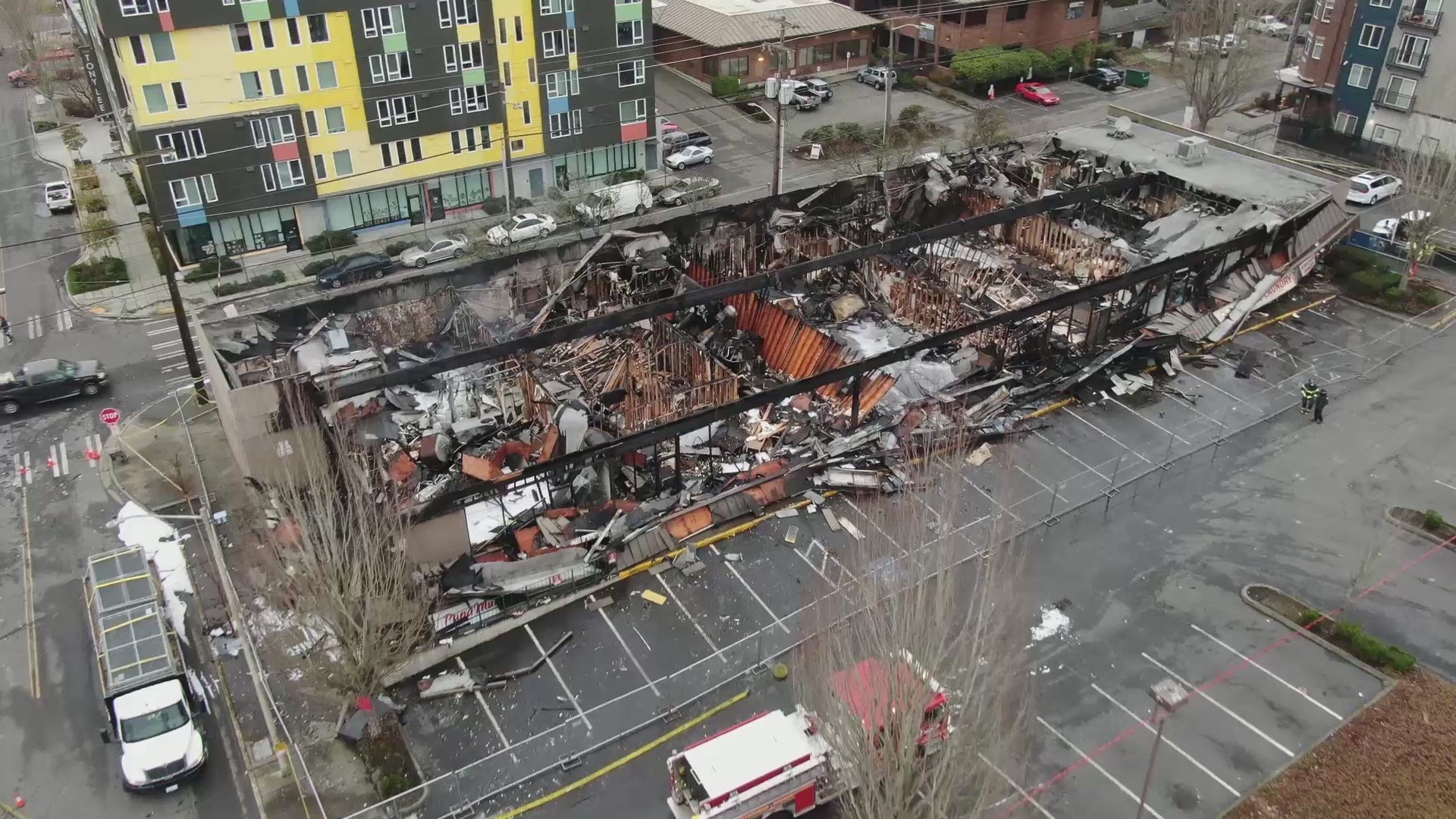 Sarah Britt lives nearby, and often went to the now-demolished laundromat.

“I believe it was under new management,” she said. “Talked to the guy last week. Wow. Devastating.”

Mary Berhane owns the smoke shop on the end of the mall, which was gutted in the fire. As she looked on from the parking lot Tuesday afternoon, she said she felt sad for the loss, but glad to have good insurance.

“I believe God is good, always,” she said. “God is great. He has something for us.”

She said she plans to rebuild. 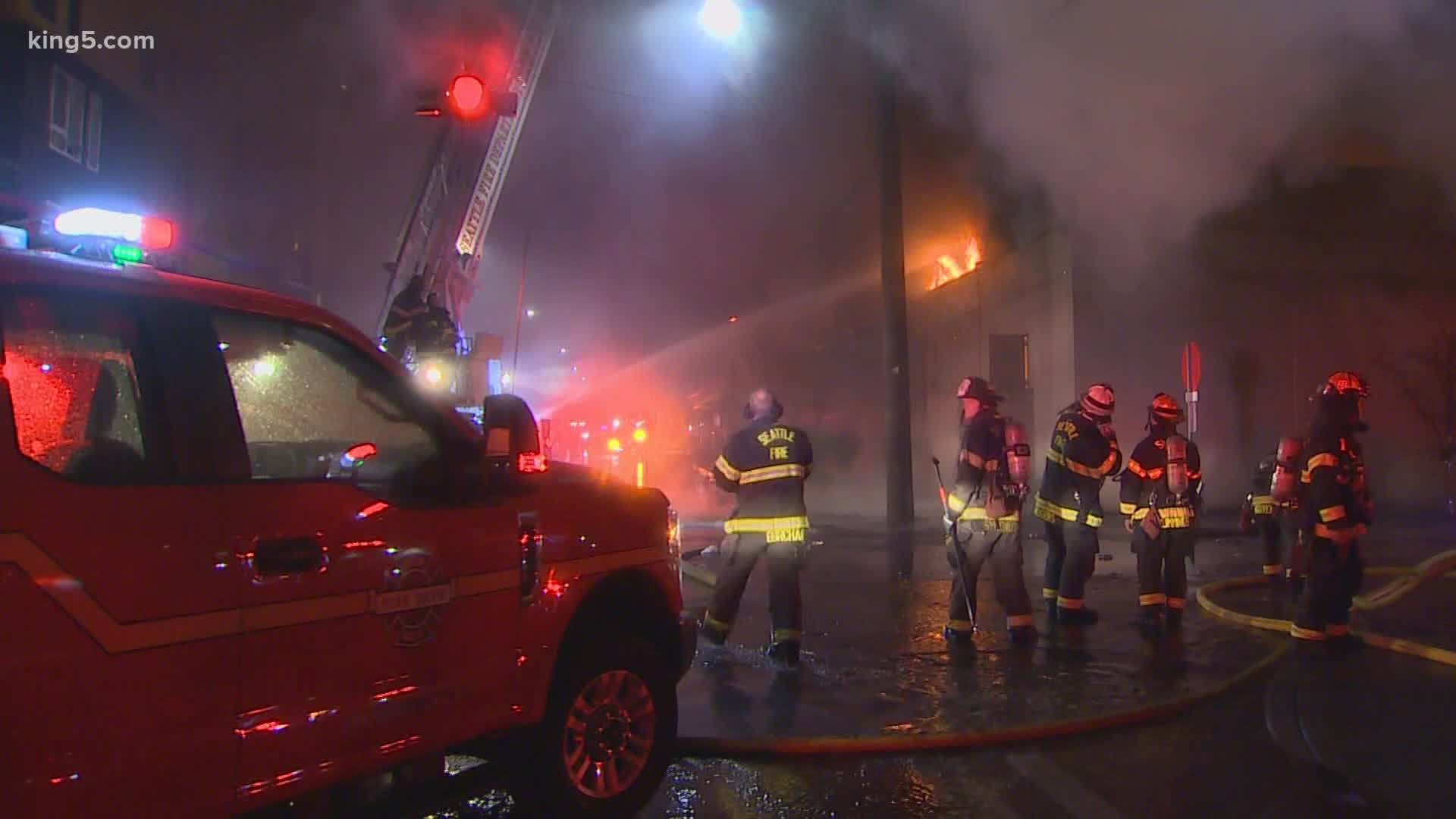