The Freedom March will kick off on Saturday at 1 pm, starting on 22nd Avenue and Madison Street, ending at Jimi Hendrix Park for a Juneteenth festival. 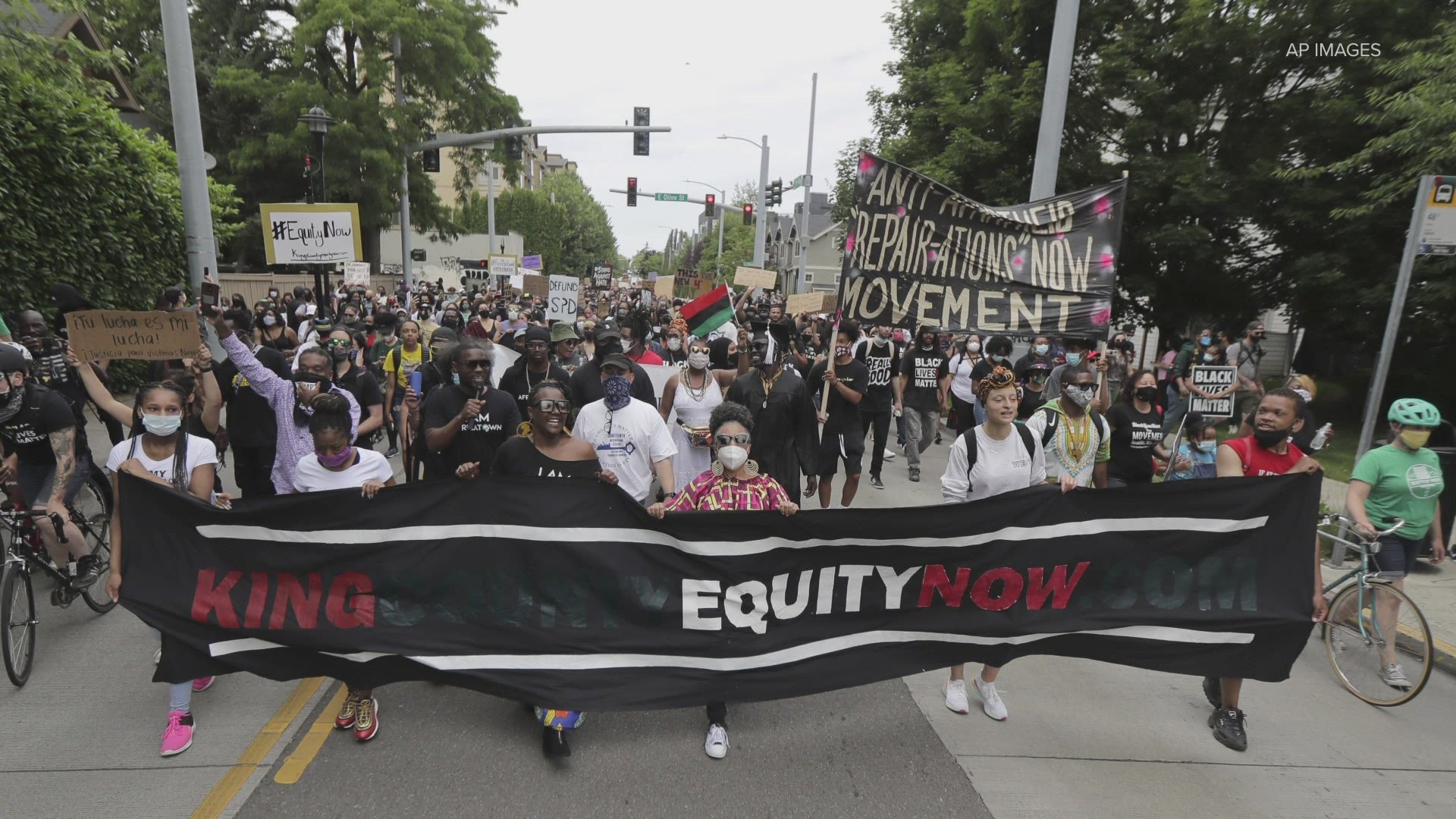 SEATTLE — Last year, more than 35,000 people took to the streets of Seattle's Central District for a freedom march nearly four weeks after the murder of George Floyd.

It was a shout for justice in the name of George Floyd and a continued fight for Black lives.

The moment coincided with Juneteenth, a holiday marking the end of slavery. Juneteenth commemorates June 19, 1865, when Union soldiers brought the news of freedom to enslaved Black people in Galveston, Texas — two months after the Confederacy had surrendered. That was also about two and a half years after the Emancipation Proclamation freed slaves in the Southern states.

"So many people that I spoke to that day and even now, a year later, really have been elevating the fact that they learned so much," said TraeAnna Holiday, media director for King County Equity Now.

One year later, community organizations are preparing for another moment of celebration and action.

"We're inviting people to line the streets up on 23rd Avenue to participate in the march as we pass them," said Holiday.

The Freedom March will kick off on Saturday at 1 p.m., starting on 22nd Avenue and Madison Street and ending at Jimi Hendrix Park for a Juneteenth festival.

Close to a dozen events happening this weekend center around the same message.

"Look, we understand that you know there's a lot of atrocities in the history, but so much of this is about how we move forward in resilience, how we allow ourselves, and maybe just need the space, to showcase what that brilliance looks like," said Holiday.

This year's Juneteenth celebrations are in the spotlight more than ever as Congress officially passed a bill designating the day as a federal holiday. However, some are saying true change requires more than just a holiday.

"I agree with both sides, let's celebrate, but also, let's continue to work," said Holiday.