Seattle Mayor Jenny Durkan criss-crossed the city on her first day in office. 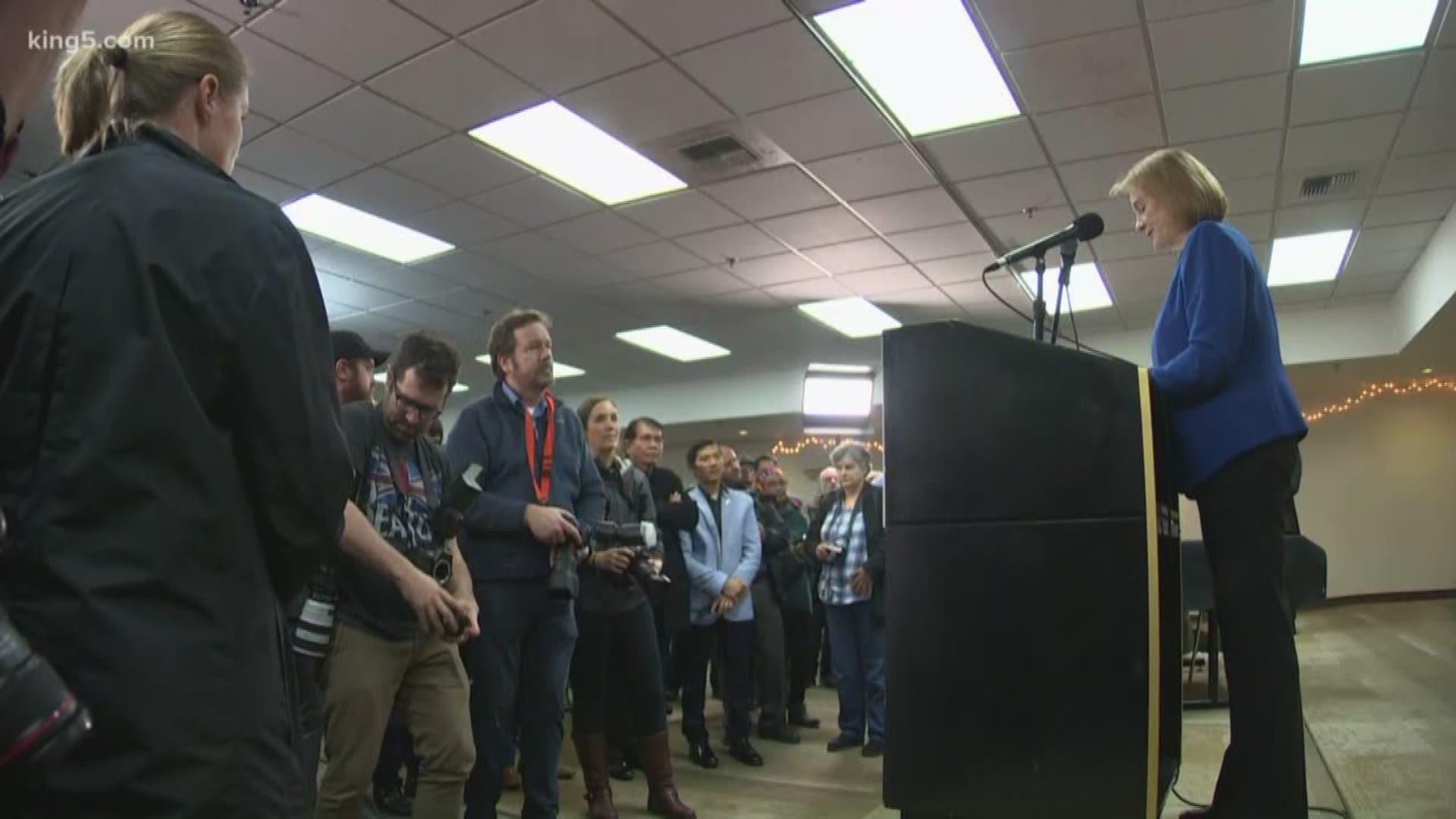 If you are viewing in the app, click here to see the live blog

Seattle Mayor Jenny Durkan became the city's first female mayor in 91 years after she was sworn in Tuesday. 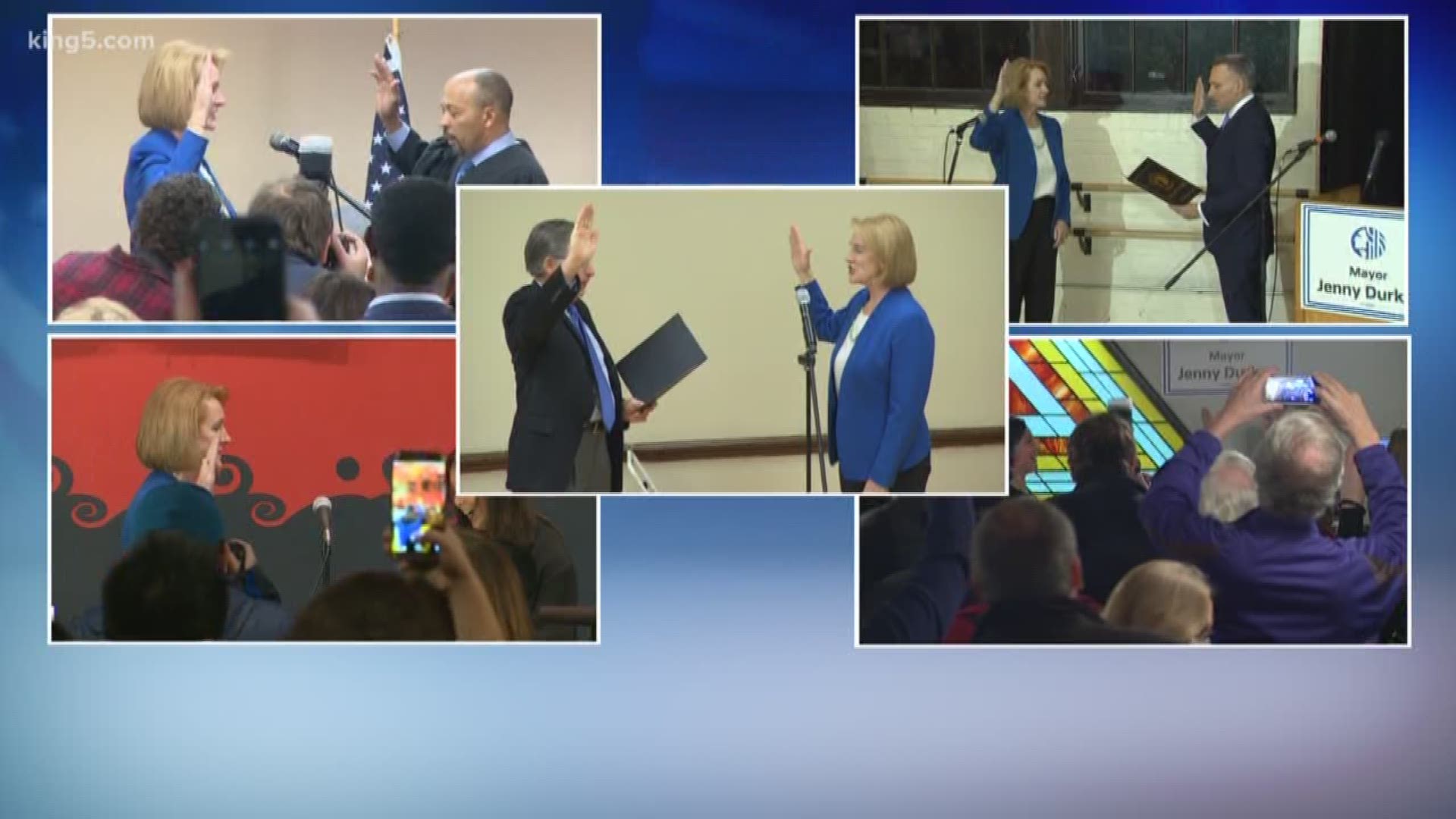 On her first day in office, Durkan criss-crossed town, meeting with community members and leaders at multiple spaces across the city. She visited the Ethiopian Community Center, the Youngstown Cultural Arts Center, the Wing Luke Museum, the Phinney Ridge Neighborhood Association, and the Elliott Bay Public House and Brewery.

“I wanted to break tradition,” Durkan said of her multi-stop swearing-in. “We will be government - not of City Hall, but of the people.”

Durkan was sworn in to office at the Ethiopian Community Center by Judge Richard Jones, who knew Durkan during her time as a U.S. Attorney. There was a symbolic inaugural ceremony at each location Durkan visited, along with several guest speakers. Councilmember Debora Juarez, Council President Bruce Harrell, and former Mayor Tim Burgess all spoke at various locations.

"We have the right mayor at the right time," Harrell said. 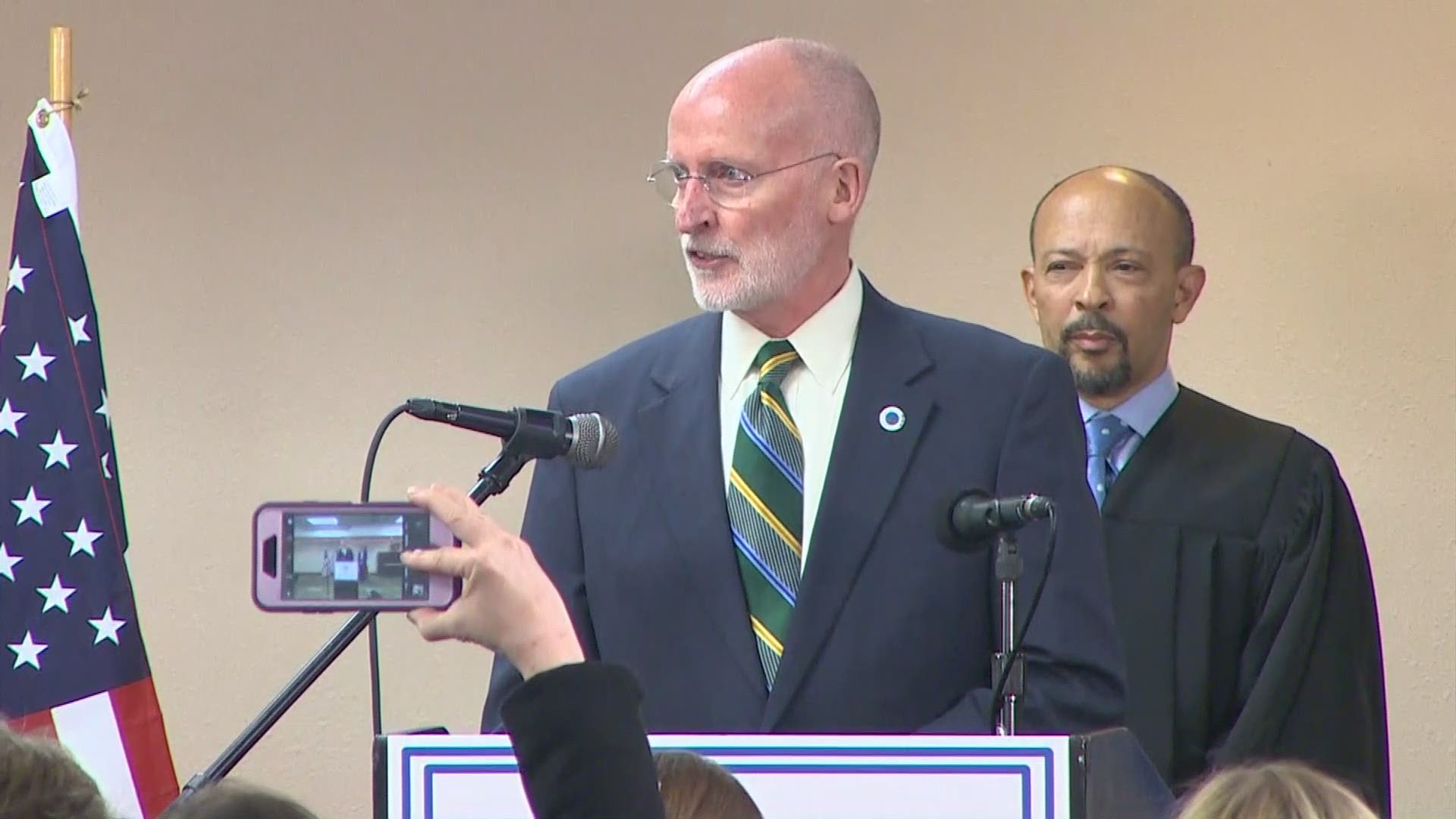 Durkan, who served as a U.S. Attorney for Western Washington under President Barack Obama, was sworn in much earlier than previous administrations after former Seattle Mayor Ed Murray resigned in September.

In her first action as mayor, Durkan signed an executive order on rent vouchers.

"We need urgent action," Durkan said. "We cannot delay, so this will be my first action."

In January, a pilot housing assistance program will offer a combination of vouchers and subsidies to families with income between 30 percent and 50 percent of the area median income. The Seattle Housing Authority and the Office of Housing will also work to expedite placement of those on the SHA waiting list.

In the first few weeks of December, all families on the SHA waiting list will be contacted to expedite public benefits.Durkan also signed an executive order in the Chinatown-International District reinforcing the city’s dedication to race and social justice.

The order will require review of the city’s Race and Social Justice Initiative, which was launched in 2004, and recommendations for additional work. It also requires Durkan, department directors, and mayor’s office staff go through implicit bias training.

“Our challenges are real, but our dreams and our strengths are bigger,” Durkan said. “So let’s work together. Let’s continue to seize opportunities.”

Durkan made a point, at each location, to mention the historical significance of the occasion. She is the first female mayor in Seattle since Bertha Knight Landes was elected in 1926. She served two years before being replaced by a man. She’s been memorialized with a conference room at City Hall, where Durkan will now preside.

What took so long?

“I’ve waited a long time,” said Jan Drago, a former Seattle City Council member, whose eyes visibly welled up at the sight of Durkan taking the oath. “I've had several men say to me - that they recognize women govern differently - that they are more inclusive and a different style. And they are ready.”

Asha Mohamed feels the same way and says Durkan has already proved gender is not important in being a leader.

“When the Muslim ban was happening, she came in her slippers - she avoided cameras, she did the work and she fought like nobody else,” said Mohamed, who acknowledged she was “getting emotional” during Tuesday's ceremonies.