The Seattle Fire Department said six adults were transported to Harborview Medical Center after a fire broke out at the Hillside Motel on Aurora Ave. N. 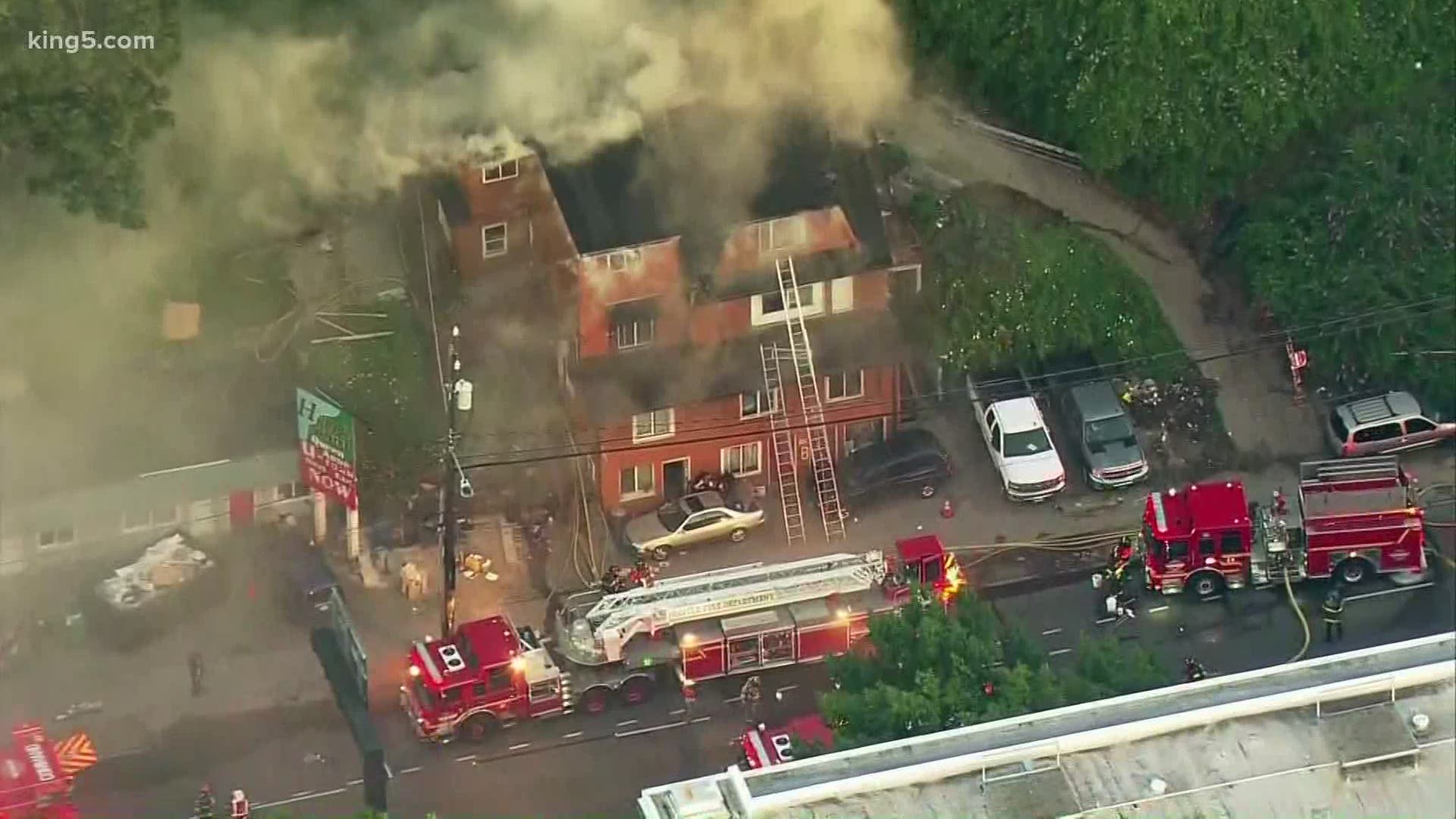 SEATTLE — At least seven people were injured in a fire at a motel on Aurora Avenue North in Seattle Monday morning.

Seattle Fire Department Chief Harold Scoggins said crews responded to the Hillside Motel, located on the 2400 block of Aurora Ave N, just before 5 a.m. Chief Scoggins said the fire was on the third floor of the multi-story motel.

“Our first ladder truck and our first engine company, when they arrived on scene, they encountered multiple people,” Chief Scoggins said during a press conference Monday morning. “People jumping out of windows on the second and third floor, people that were burned.”

Chief Scoggins said seven people were treated at the scene for burns and injuries from jumping from the building to try and escape the fire. Six of those people were transported to Harborview Medical Center in Seattle.

Firefighters are cutting into the roof of the building. Harborview reports they’ve received two patients so far. #KING5 pic.twitter.com/AHyHGRAiVu

Harborview spokesperson Susan Gregg said two men and two women were in critical condition at the hospital with burn injuries. Three other men are in satisfactory condition after jumping from the building, according Gregg.

One person had to be rescued from the building, Seattle fire said. One firefighter suffered minor injuries.

All lanes of Aurora Ave N were closed from Valley Street to N. 38th Street for several hours while crews put the fire out. The Aurora Bridge reopened just before 9:40 a.m. 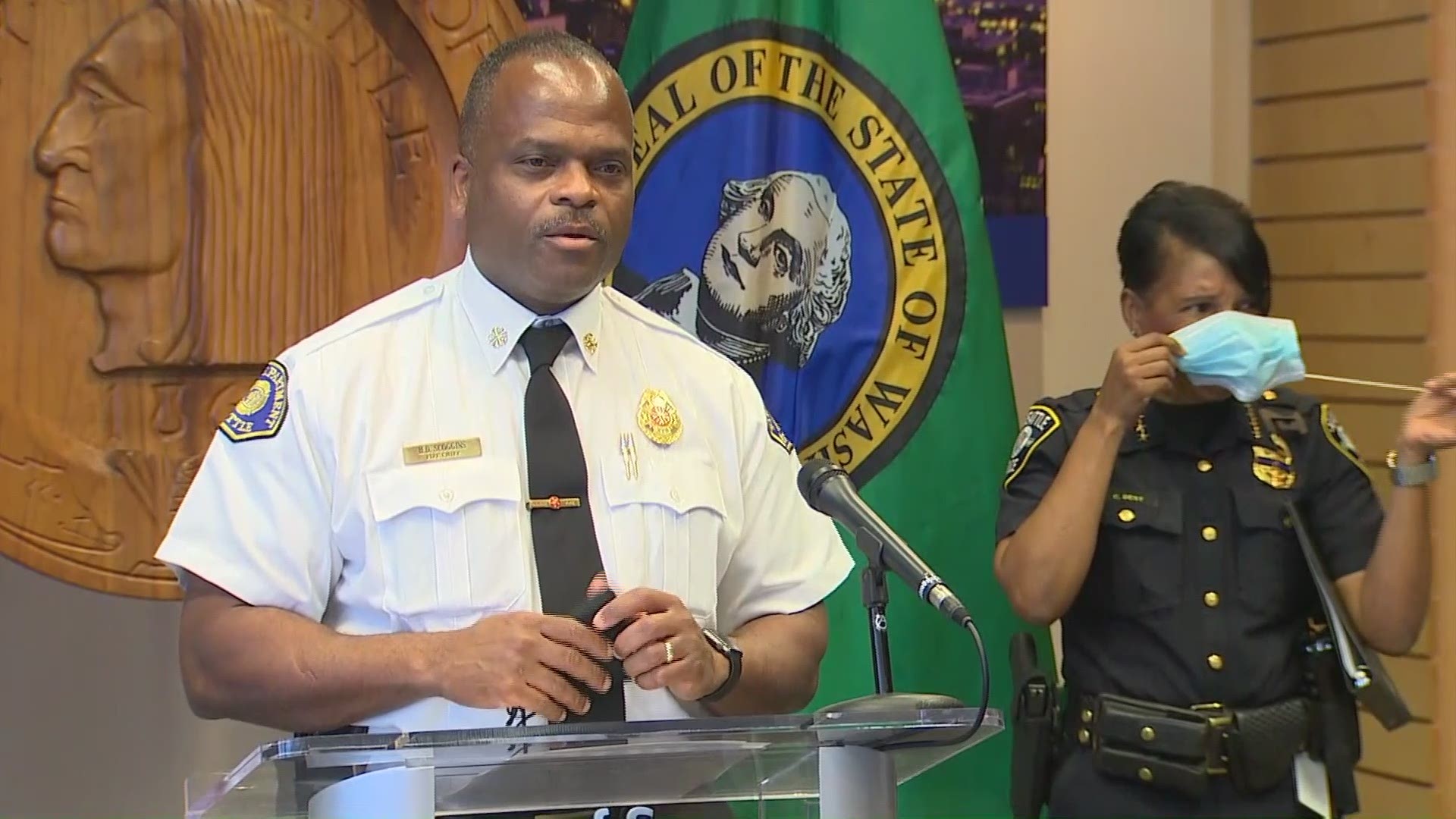 Seattle fire requested its “Mass Casualty Incident” unit to respond to the fire. The fire was under control by 6:30 a.m. and put out by 7 a.m., Seattle fire tweeted.

2400 Blk of Aurora Ave N: Fire is under control and under investigation. No injuries to any firefighters. pic.twitter.com/I1Ozlx3MG2

Seattle fire, Seattle Police Department’s Arson and Bomb Squad, and the Bureau of Alcohol, Tobacco, Firearms and Explosives responded to the scene and are investigating the cause of the fire. 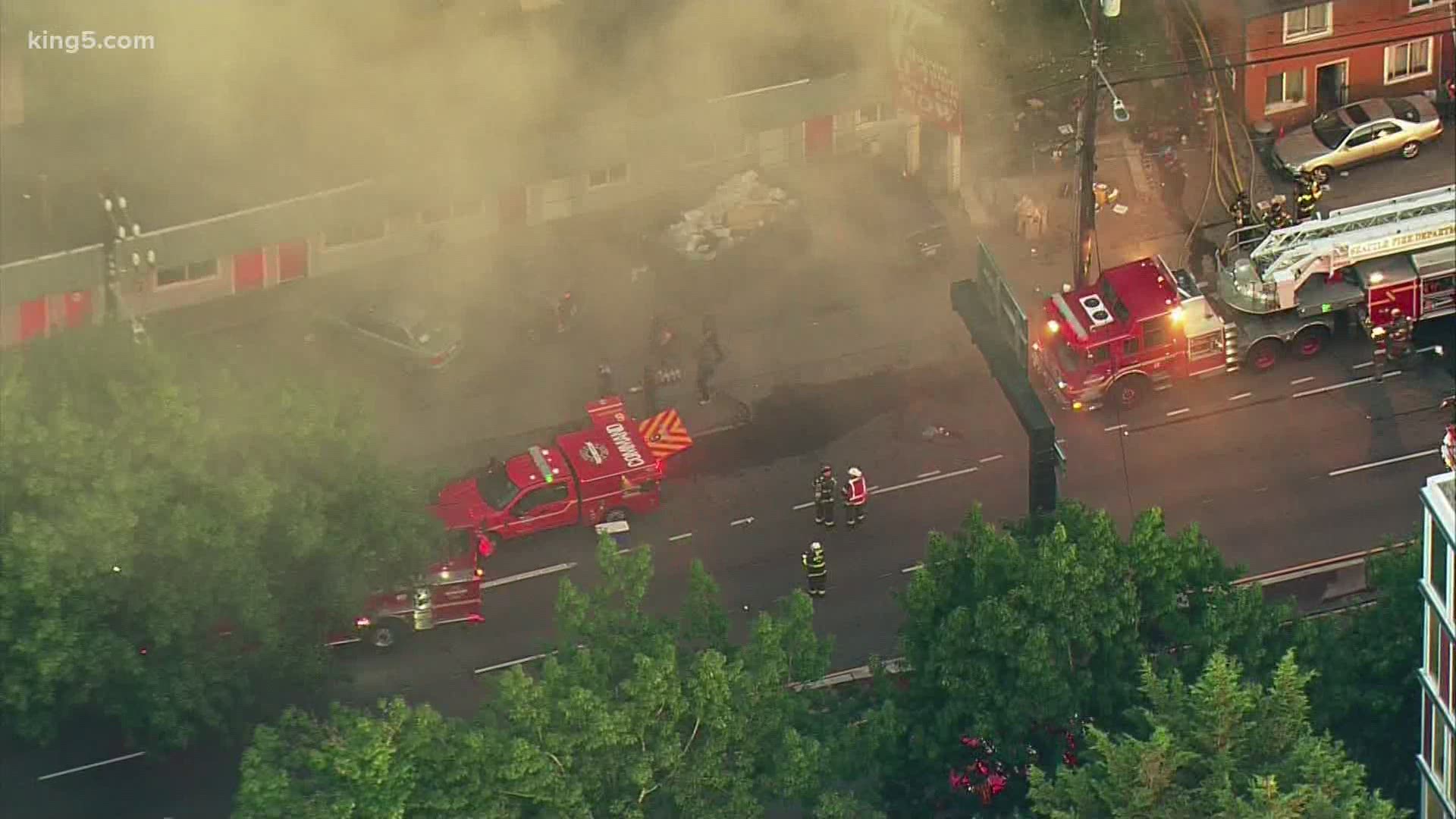