After police arrested a person suspected of damaging at least three more vehicles on I-90, WSDOT says it will clear two encampments that pose safety risks. 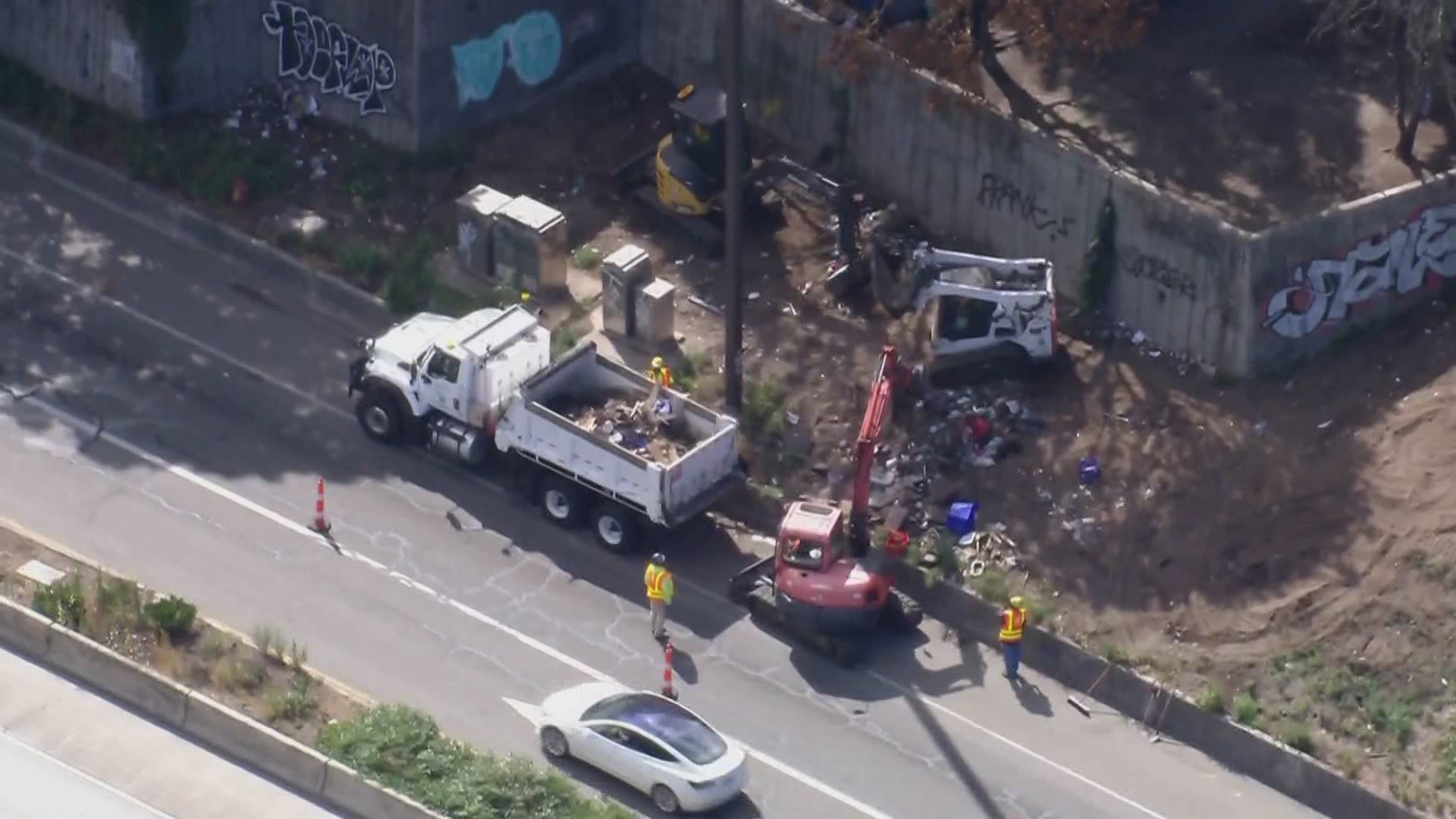 SEATTLE — Two homeless encampments deemed a "safety risk" were removed following more debris and rock-throwing that damaged vehicles traveling along I-90 in Seattle.

"The debris and rock-throwing in proximity to specific encampments off of I-90 and I-5 is a public safety threat that we take very seriously and must be addressed immediately," a statement from the Washington State Department of Transportation reads.

After surveying the site with the Washington State Patrol, it was determined the encampment at the Benvenuto Viewpoint and another adjacent location to the westbound I-90 off-ramp to Rainier Avenue "must be removed." The encampments will be cleared July 22 -- faster than the typical 72-hour notice due to the need to "act quickly."

The City of Seattle is helping with debris removal, providing outreach to the people living in the encampments and offering storage of personal items.

In a statement, Seattle Mayor Jenny Durkan's Office said the city would work in partnership with WSDOT to "address the urgent and serious public safety concerns at multiple encampments along I-90" that sit on WSDOT property. Durkan said she and Governor Jay Inslee fought to add at least $400 million statewide to address homelessness so WSDOT and the City of Seattle could have "appropriate resources" to address the encampments along the highway.

Once the encampment is removed, the state will work to modify the site to discourage anyone from occupying it.

While the Washington State Patrol plans to put boulders in that area to make re-occupancy difficult, the larger problem with homelessness isn’t going away.

The plan to clear the area followed another rock/debris throwing incident just before 4 p.m. on Tuesday. According to Trooper Chase Van Cleave, a total of seven vehicles were reportedly struck on westbound I-90 near Rainier Avenue. Two of the drivers chased the suspect.

One of the victim drivers eventually pointed out where the suspect went and troopers took that 41-year-old man into custody.

As of Tuesday afternoon, there have been 208 similar incidents in King County this year. Five arrests have been made.

"We’ve had several injuries over the past couple of months, and that’s definitely a public safety issue,” said Trooper Rick Johnson.

One of those incidents back in June led to a serious crash. A driver was knocked unconscious by an object thrown onto the roadway, hit a highway barrier and had a serious laceration on his face.

State patrol is dedicating extra resources to addressing the issue and partnering with other agencies.

Meanwhile, residents of the camp say most people who live there are peaceful.

“We’re getting kicked out pretty much because somebody chose to throw rocks,” said a camp resident named Jerome. He told KING 5 it’s a case of a few bad people coming into the camp, describing most of the folks living there as part of a family.