The proposed employee head tax would impact about 3 percent of Seattle businesses and raise $75 million for homeless and housing services. 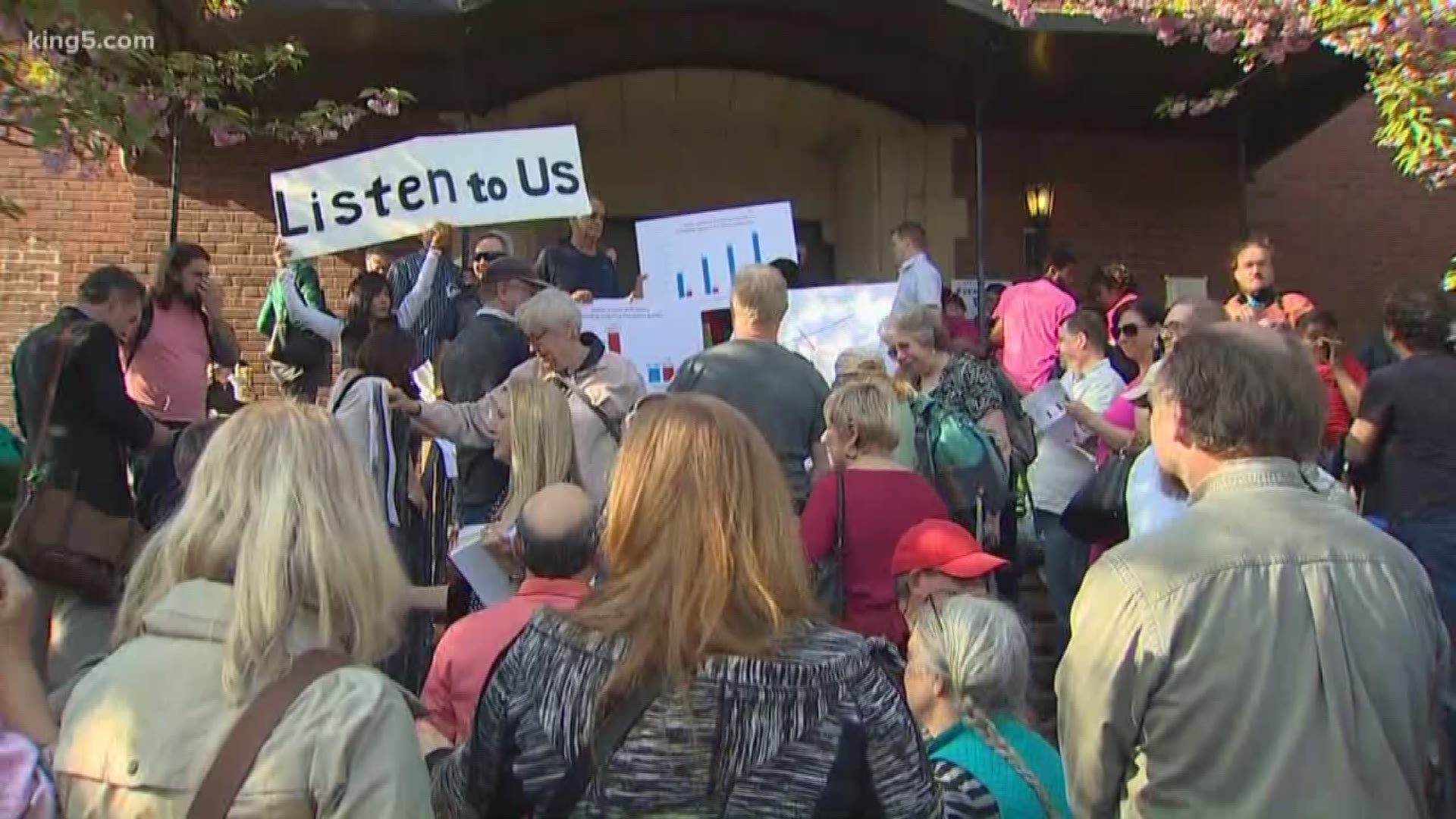 Homeless advocates and Seattle City Council members refused to back off support for the proposed employee head tax even though Amazon put downtown Seattle expansion projects on hold.

At a community meeting Wednesday night, Councilmember Mike O'Brien insisted the city needs the money the tax would provide and Amazon can afford it.

"I'm asking Amazon to do their share," said O'Brien. "I need to raise more money for affordable housing, and I am not going to put it on the backs of the lowest income people in our community."

But State Senator Mark Schoesler, R-Ritzville, countered, "This is exactly what I feared when I heard about the head tax, that it would stifle economic growth not just in Seattle, but in King County and the entire state of Washington."

Schoesler is drafting a bill to prohibit head taxes in Washington.

“I can confirm that pending the outcome of the head tax vote by City Council, Amazon has paused all construction planning on our Block 18 project in downtown Seattle and is evaluating options to sub-lease all space in our recently leased Rainer Square building,” Amazon Vice President Drew Herdener said in a statement.

The two office spaces would have housed over 7,000 new Amazon jobs.

The Rainier Square development in downtown Seattle will be the second tallest tower in Seattle. The 1.7 million-square-foot project includes office, retail space, and luxury apartments, and Amazon agreed in October to a lease of all the office space in the tower. 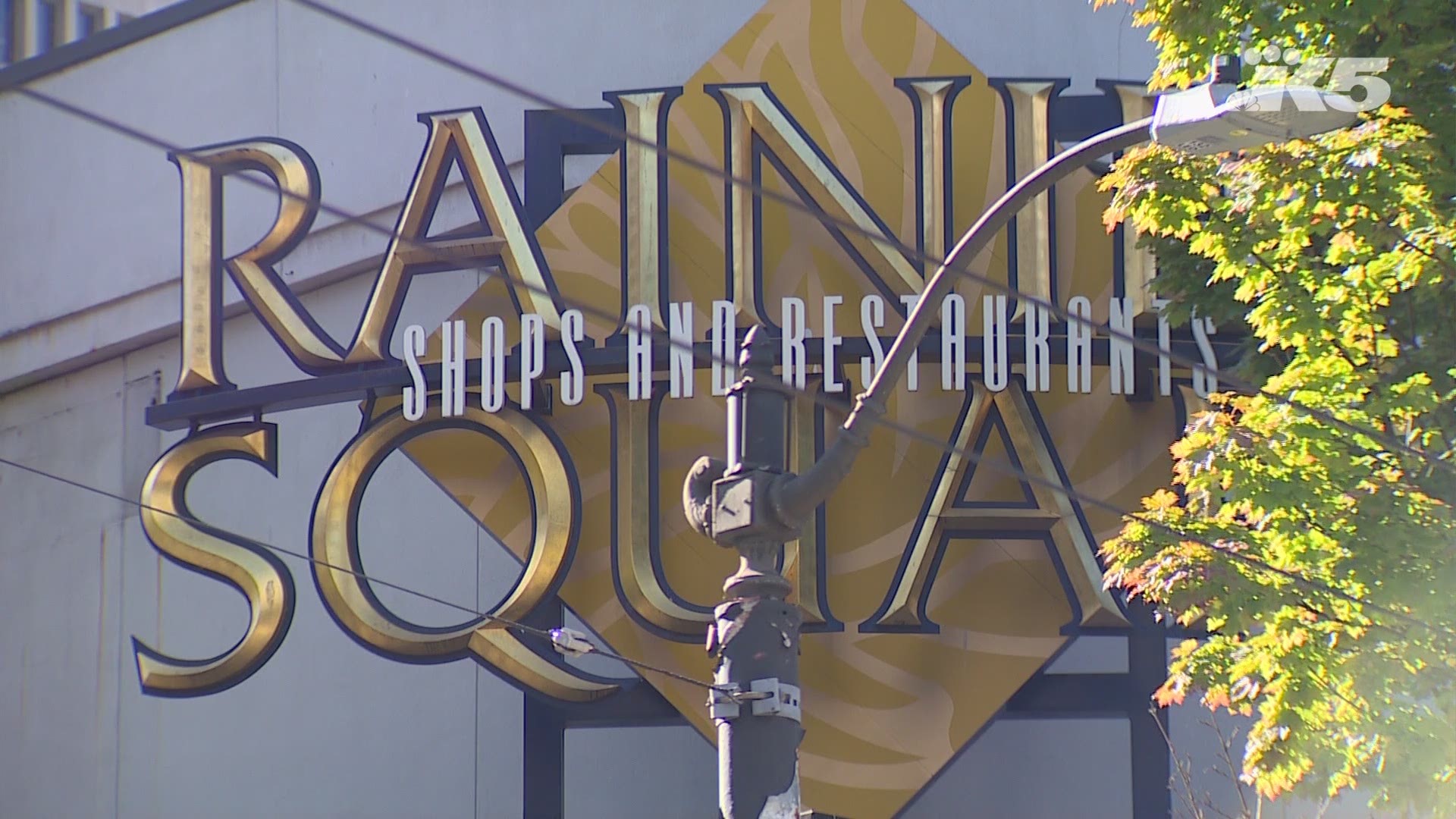 Block 18, located at Seventh Avenue and Blanchard Street, would be a 17-story tower with 405,000 square feet of office space.

Amazon informed workers on the Block 18 project to halt construction until the Seattle City Council votes on the tax, scheduled for May 14. 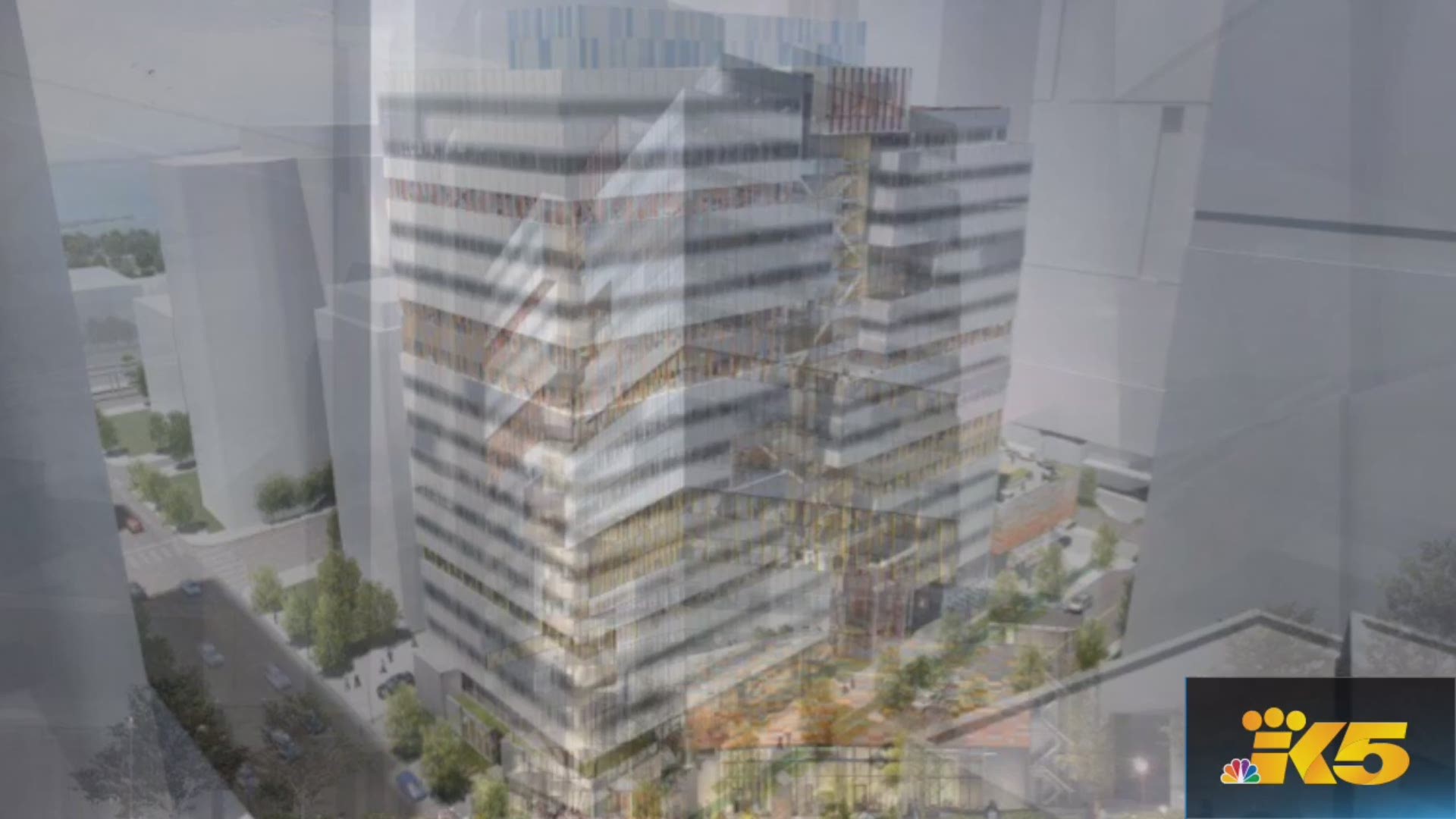 The proposed employee head tax would raise $75 million for homeless and housing services.

It would impact about 3 percent of Seattle businesses, taxing companies based on the number of full-time employees. It also includes possible thresholds, such as exemptions for businesses with a gross revenue below $20 million.

Credit: KING
Construction of the skyscraper at Rainier Square. Amazon previously agreed to lease all 722,000 sq feet of office space in the tower. It now says it&#39;s considering subleasing the space to another company.

Councilmembers Lorena Gonzalez, Lisa Herbold, Teresa Mosqueda and Mike O'Brien are the primary sponsors of the tax proposal. They sent a joint statement in response to Amazon's pause.

“This was never a proposal targeting one company, but Amazon made the conversation about them when they expressed their intentions to pause construction on their new office tower pending a vote on our Progressive Tax on Business," they wrote.

“Seattle has become the nation’s biggest company town," the group added. "We’ve shifted to a service-based economy; only a handful of services are taxed, and they are virtually all provided by blue-collar workers. Washington State doesn’t tax income or capital gains, and at the city level, we’re left with very few options to raise the resources we need."

"Amazon's extortionary message should be a call to action," councilmember Kshama Sawant said. "We don't respond to threats by cowering down, we respond to threats by fighting back, winning in Seattle and sending a resounding positive message to people on every big city that if Seattle can tax big business, so can you in your city."

The Downtown Seattle Association said the consequences of Amazon's move would be felt across many industries, from construction to hospitality.

"This news should serve as a wake-up call to those proposing a risky plan to tax jobs in Seattle," said Downtown Seattle Association President and CEO Jon Scholes.

Governor Jay Inslee's office confirmed it was in touch with Amazon.

"We are tracking the proposal but have not done any analysis on it," a spokesperson for the governor said.

"We know that Amazon, and other businesses, are concerned about the potential impact," she added. "The governor’s office hopes that there will be ongoing dialogue between the city government, the city’s taxpayers and businesses."

Tap here if viewing in the app...

Editor's note: An earlier version of this story said the head tax would impact 5 to 10 percent of businesses, would raise $150 million for services, and would include exemptions for businesses grossing less than $10 million in revenues. That was a task force recommendation, not the current legislation.