Your guide to navigating Climate Pledge Arena at Seattle Center

Planning on going to Climate Pledge Arena for a Kraken game or concert? You'll want to charge your phone and plan ahead. 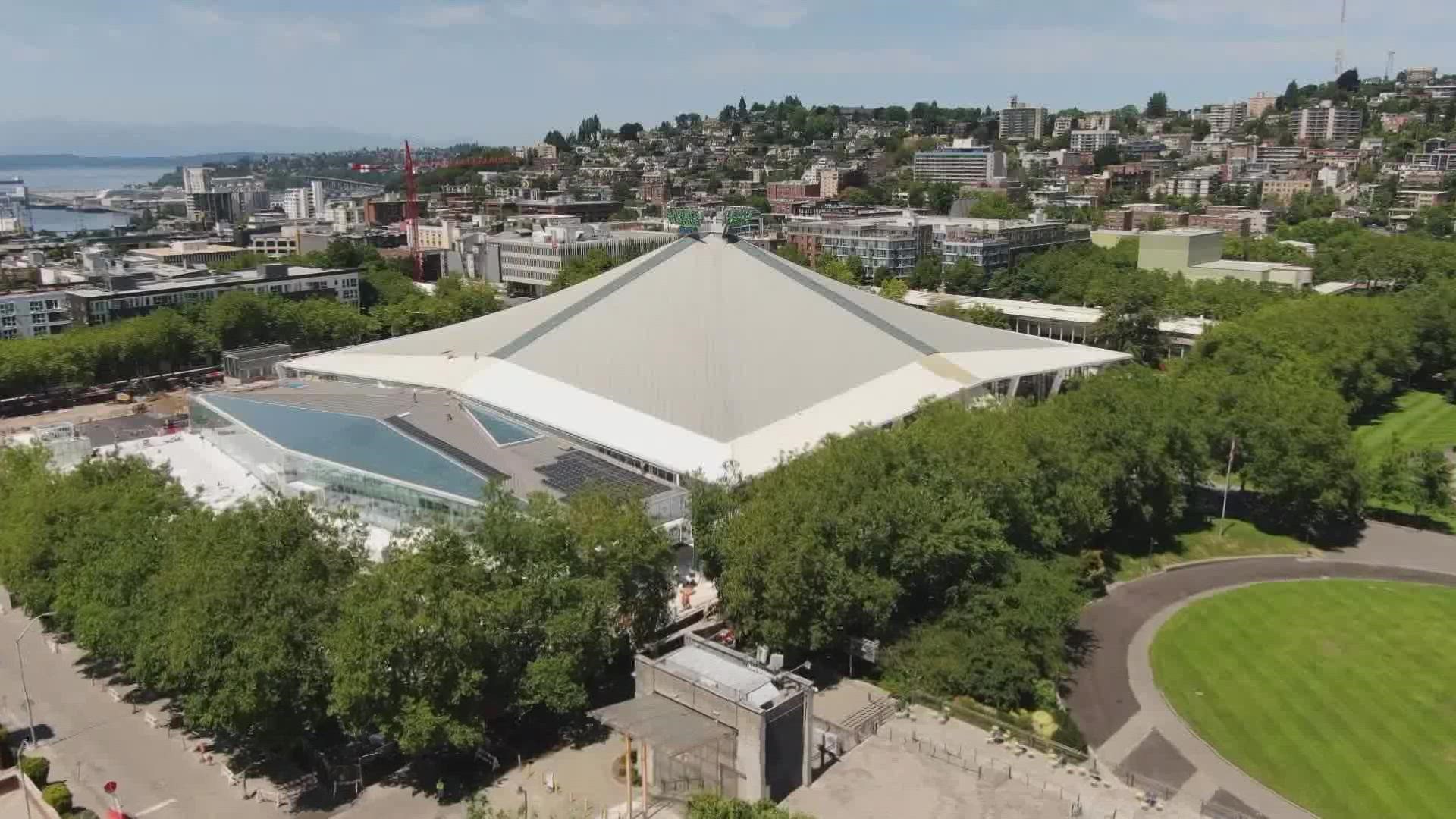 SEATTLE — Two new physical and virtual transportation projects will make their public debut in Seattle next week, serving as a response to years of concerns about building a new sports and entertainment complex at Seattle Center.

Transportation was a leading issue during the debate about where to put a new facility, and led to months of work by the Climate Pledge Arena team and Seattle Kraken organization.

"I don't think it's going to be a headache to get to," said Rob Johnson, the former Seattle City Councilmember, and now vice president of Transportation and Sustainability for the Arena and the team.

Johnson has worked for months to develop a plan, that involves an app to facilitate parking issues, and building partnerships with transit leaders.

The Seattle Monorail, for instance, is just finishing up a nearly $7 million-refresh, with new seats, mechanics and a Westlake Station, which will all be open to riders on Monday, Oct. 11. The Westlake Station had not been updated for years, and involved just a couple entry points and ticket booths. The new station includes multiple "faregates" for customers to handle greater loading and unloading of the cars. The station is a few flights up from the Link Light Rail station that is now connected to three new stations in north Seattle.

The Kraken worked out a deal months ago to allow ticket holders to get a transit pass, meaning anyone can get a free ride on Sound Transit, Metro, or the Monorail to get to Seattle Center.

It will all be linked on a new app, also set to be released by the arena and team on Monday, Oct. 11, which will also allow event holders to pay for parking, even months in advance.

"The parking in Uptown is less than you saw before partly because a lot of those surface lots have been redeveloped into housing, which is a good thing," said Johnson.

It means most eventgoers, and fans will likely be relying on the app.

"We don't want people getting to the building and wondering where to go, which lot is more affordable, and circling," said Becca Elliott, the Kraken's director of digital and fan experience.

Elliott worked on the platform, which will also show travel times to the arena via four different modes of transportation and the available parking and prices. It means, people could conceivably be using their phones for tickets, transit passes, proof of vaccination, and payment, in addition to parking.

"Definitely charge your phone, it is your ticket and key to everything in the building," said Elliott.

Johnson said the Monorail will be open for at least an hour after games, and Link light rail until after midnight. He also said the Arena isn't trying to deter people from driving, but he said, "Plan ahead."

The first test will come Oct. 22, when Coldplay officially opens Climate Pledge Arena. The Kraken play their first-ever home game the next night.