Why girl knelt during anthem at Mariners game

Helena Gamet said she took a knee while singing the anthem at Sunday's Mariners game because "...we're not getting social justice." 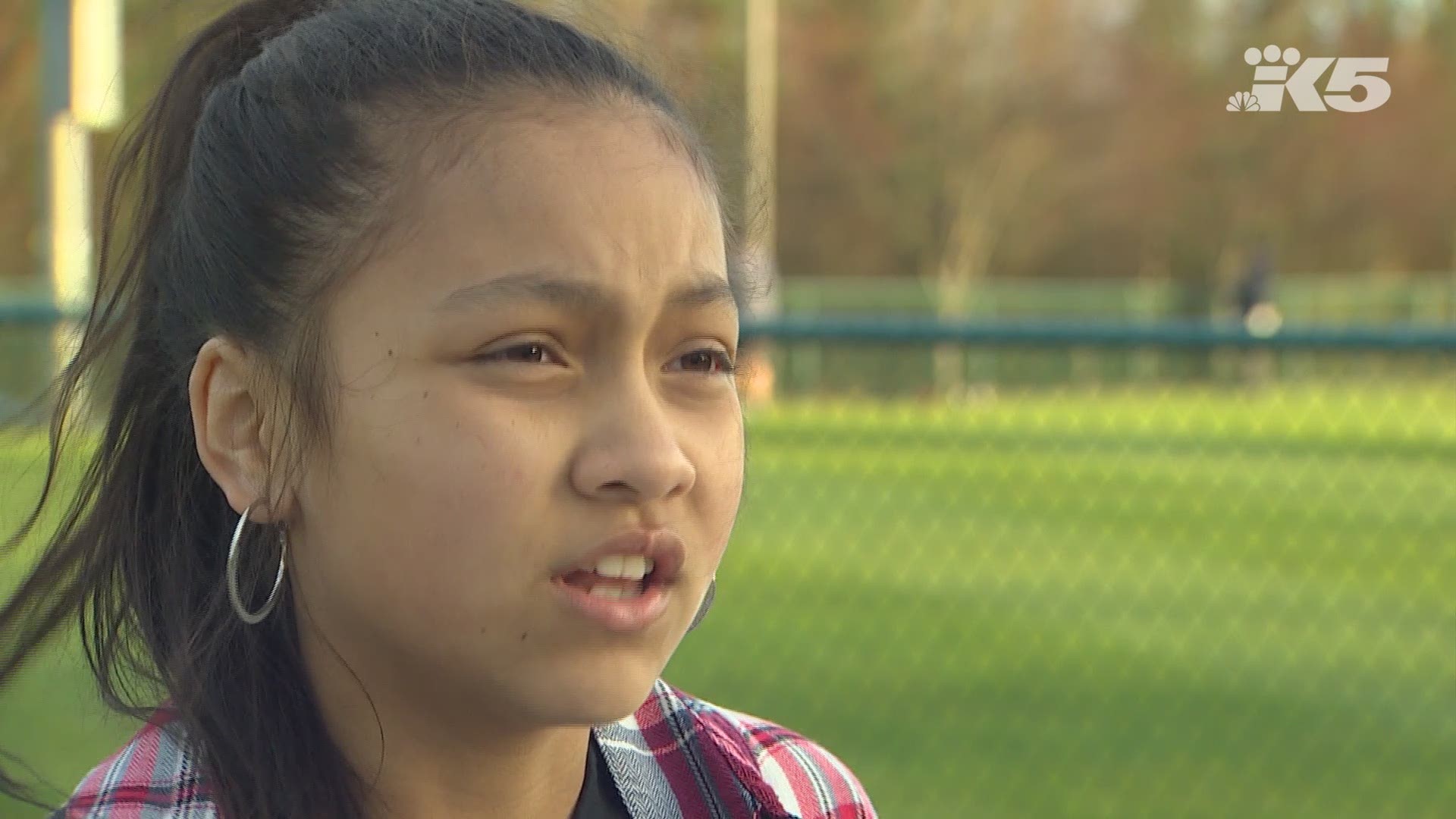 Two Seattle sixth graders are receiving praise and criticism for their unannounced plan to take a knee while performing the National Anthem before Sunday's Seattle Mariners game.

Helena Gamet, a student at Mount View Elementary, and her choir has been invited to perform. Gamet told her mother ahead of time what she and a friend were planning, It was a rare chance to make a statement on a big stage.

"I did this because I believe in the Black Lives Matter movement and I think that in this country, a lot of social injustice is happening and a lot of racial inequality is happening," said Gamet. "We're not getting justice for people of color."

She had her mother's support.

"You stand up for what you believe in, and it's my job to have your back," Angel Caesar told her daughter. 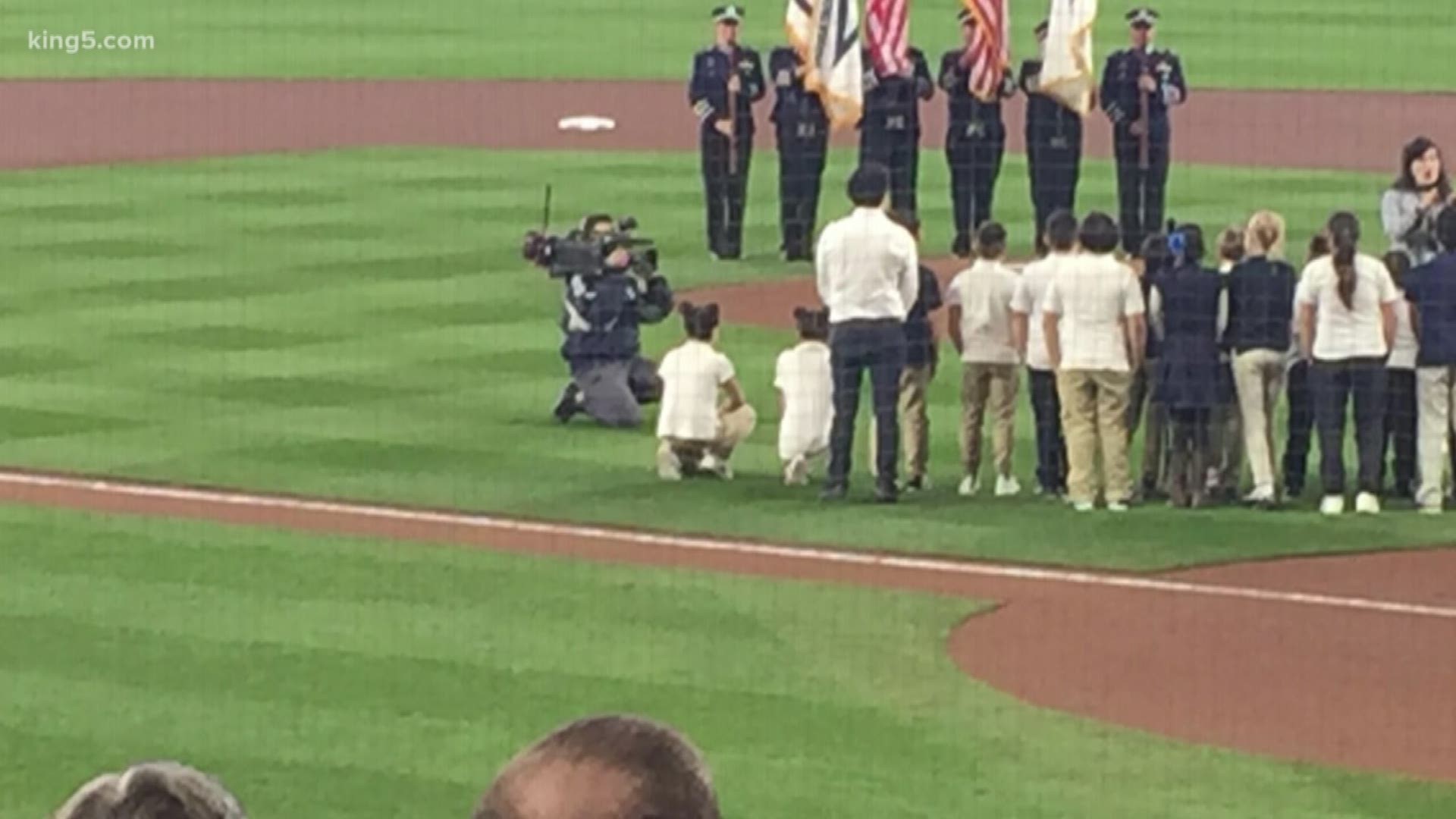 Her teachers had no idea what she and a friend planned to do, according to the school district and Gamet's mother.

"I also told her if you are going to do this, there's gonna be pros and cons," said Caesar. "There's going to be ignorant people who say ignorant things and they're not going to care they're 12."

Caesar, who is Native American, said her daughter was upset over the recently publicized police shooting of an unarmed man in Sacramento. Plus, their community still aches from the 2010 shooting of woodcarver John T Williams by a Seattle police officer.

Caesar had her cell phone out when Helena took to the field with her choir and, with a friend, took a knee while singing the national anthem.

Ryan Clark, a reporter with the Tacoma News Tribune, tweeted out a photo of the girls kneeling.

Her mom shared her gut reaction at that moment.

Here at Safeco Field where an elementary school sung the anthem and two students took a knee while performing. pic.twitter.com/HwHIsowsxN

The reaction on social media was predictably divided.

"A shout out to parents for raising brave children..." tweeted one person.

Another said, "Have you had a person that died for this country? You should have some respect."

"This wasn't an easy thing. She was trembling like a leaf," she said.

Mom watched daughter defend her actions to her teachers.

Whether or not you agree with 12-year-old Helena Gamet, you can bet her activism won't end here.

"I felt proud of her," Caesar said. 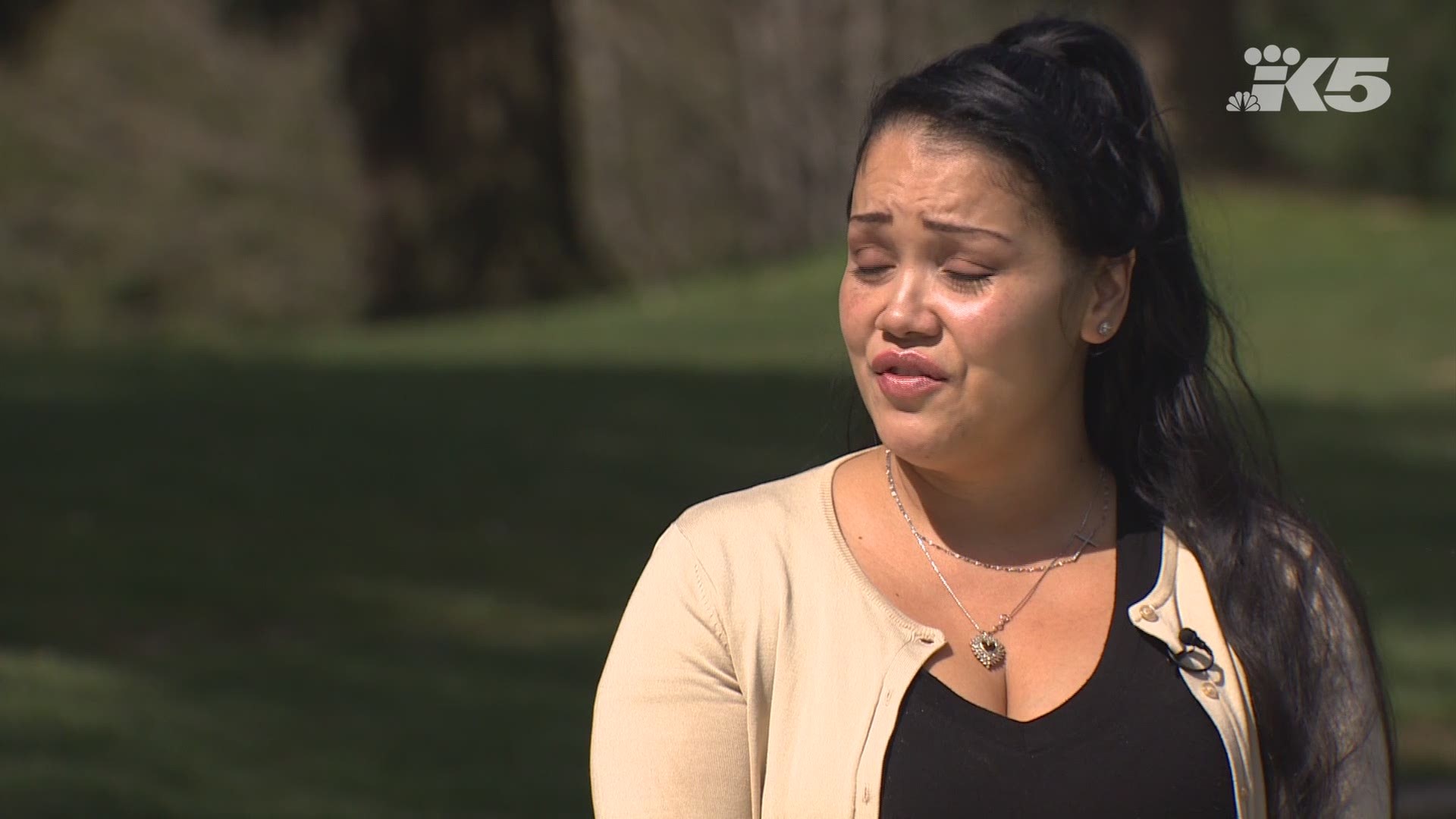