Seattle is preparing for the three-week period in January when the Alaskan Way Viaduct closes, a time officials are calling the 'Period of Maximum Constraint.' One way the city is preparing is by putting a geo-fence around 3rd Avenue downtown. 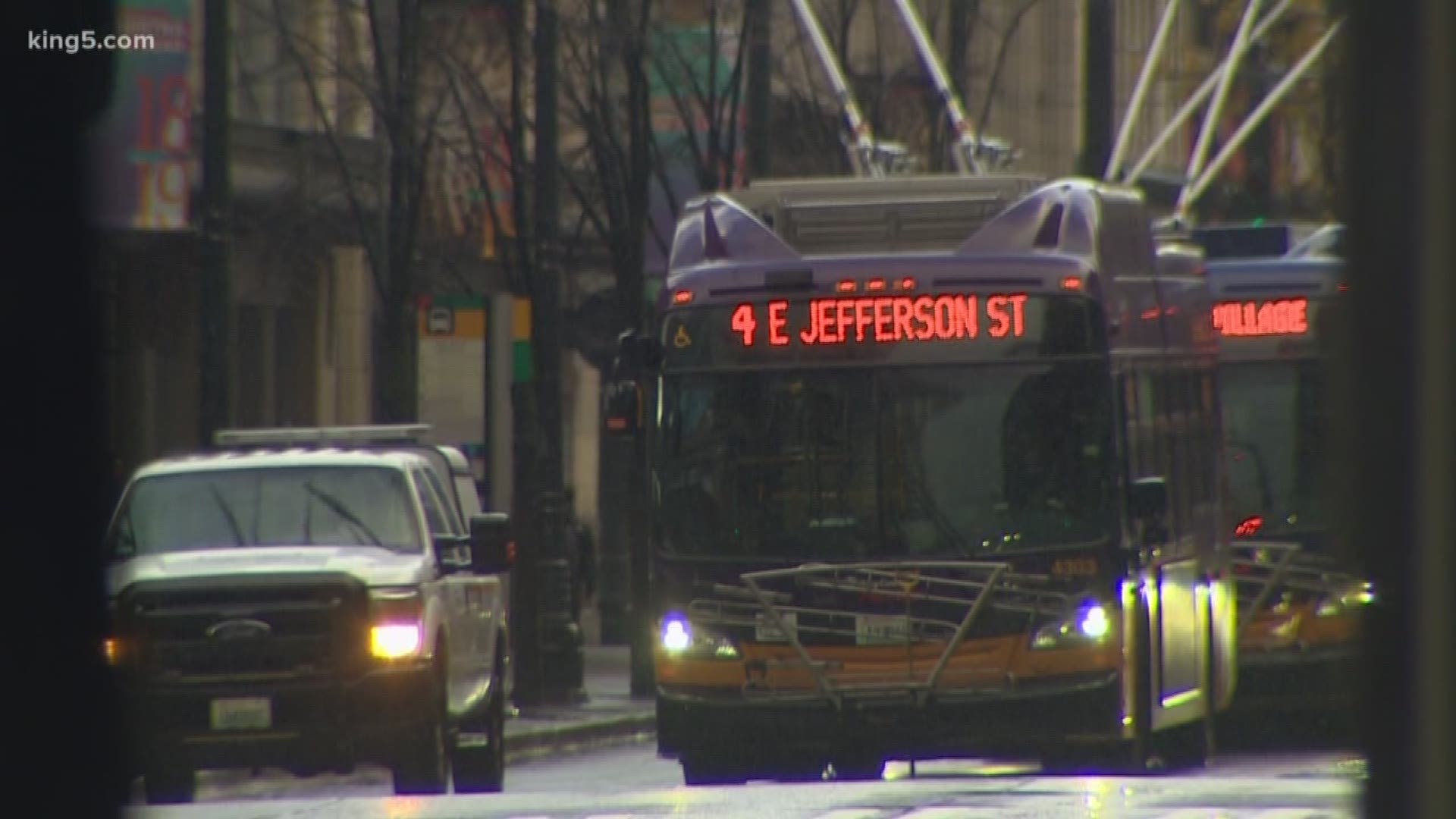 There is a big fence up on 3rd Avenue in downtown Seattle, and you may not have noticed it’s even there. It’s called a geo-fence.

Partnering with Uber and Lyft, the Seattle Department of Transportation (SDOT) has established the geo-fence around the major transit corridor.

“Geofencing is a technology that prevents both ride-hailing drivers, as well as customers who are trying to get a ride from actually hailing a ride from 3rd Avenue,” said SDOT’s Heather Marx.

Marx has been leading Seattle’s traffic planning for the upcoming three-week closure of the Alaskan Way Viaduct and the opening of the State Route 99 tunnel.

If you pull up one of the ridesharing mobile apps while on 3rd Avenue, they will force you to walk to another street to hitch a ride.

The pilot project is one of the out-of-the-box ideas to deal with what is expected to be a months-long, if not years long, “Period of Maximum Constraint.” Not only will the Viaduct closure and Seattle tunnel put a strain on traffic, but the Convention Center expansion along with the Colman Dock and KeyArena renovations are also likely to cause alterations to normal traffic flow.

Marx says the planning for traffic mitigation has been underway for more than a year and includes a limitation on lane restrictions during the Viaduct and Seattle tunnel switchover. For instance, the Rainier Project, which is currently occupying one lane of traffic, will be restricted to on-site work.

The geofencing idea is just one of the smaller ideas implemented by SDOT. They’ve been sharing current traffic data and bridge closure information with traffic apps Waze and Google Maps in advance of the Viaduct closure in January.

SDOT also launched the website SeattleTraffic.org to help navigate what it is calling the “Seattle Squeeze.”