A very special group of Seattle high school students have been selected to compete in a world championship. 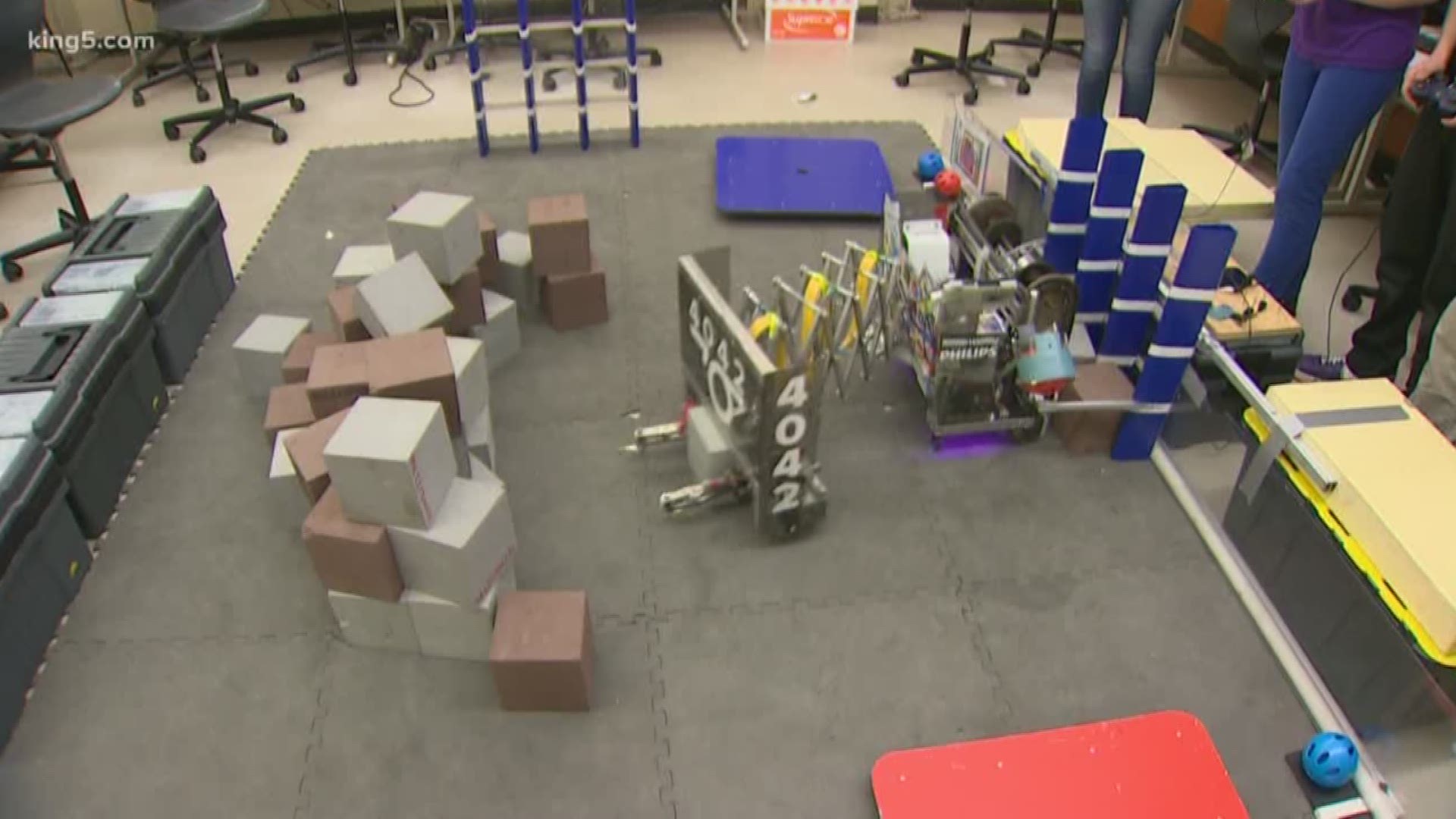 Fifteen Seattle high school students are heading to Texas for a world championship robotics competition. Robotics clubs are pretty common at local schools, but the team at Garfield High School decided to try something a little gutsy to make it to the next level.

“All of us thought this was totally insane,” student Gilton Quick explained. “It's a complicated robot, and we're the only team in the competition that chose to do this weird extension thing.”

The robotics team has been on campus for nine years, but they've never won competitions. So this year, it was time to be bold.

The team’s robot features an extension arm that helps the machine pick up blocks and place them in a specific pattern. They designed every bit, fabricated the parts and wrote the code. Some people have named the robot "Extendo" or "Slinky."

“It was kind of nerve-wracking, and it took a lot of effort to get this thing to work right, but it's really paid off,” Quick explained.

It paid off big with the team earning innovation awards at six competitions and punched their ticket to the world championships in Houston.

"It's been one of our goals for a long time to include as many people as we can. We don't' have membership fees, so that anybody of any income level can be in here. We really work to not discriminate at all," said student Dylan.

They've learned to also work together and to help each other.

"Kind of figuring out tasks for new people and inexperienced robotic members so everyone can have something that they feel confident with and they can do at their time with robotics," said Dylan, one of the club members.

The team's mentors say the best lesson learned might be what can come from impossible dreams.

A trip to Houston is not cheap. The group is now trying to raise money for the trip and a Go Fund Me has been started.