The owner of Fremont Brewing said thousands of pounds of their hop harvest were affected by wildfire smoke. 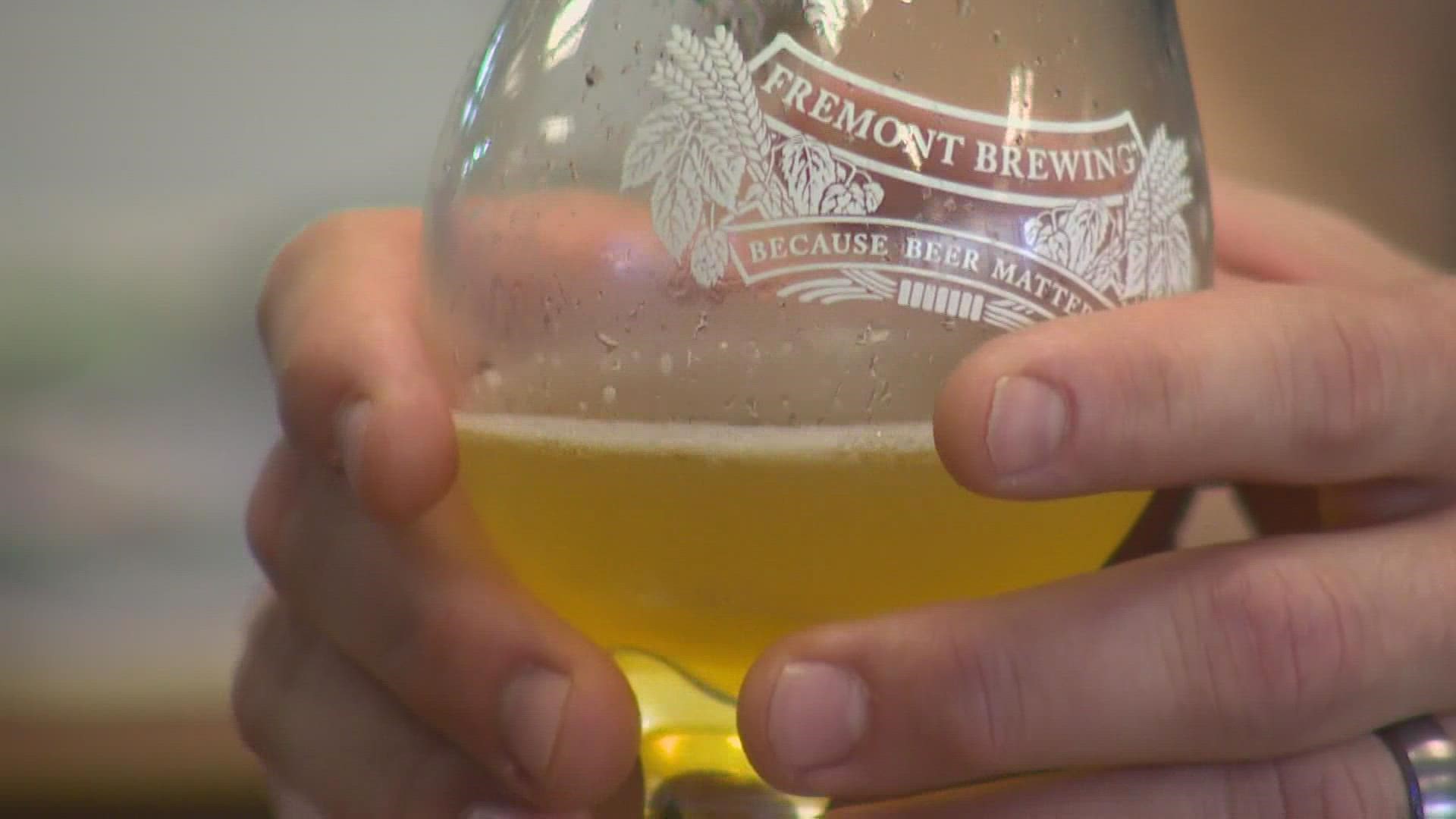 SEATTLE — A scorching wildfire season continues to devastate farmers across Washington state, including those who grow and harvest hops, a main ingredient in making beer.

The result is now having an economic impact on local breweries.

Fremont Brewing in Seattle said they found smoke in their Cowiche Canyon Fresh Hop Ale for the first time. The batch is a special project harvesting organic hops produced and released once a year until it's gone.

The release was supposed to happen last week, but it was delayed.

"It was devastating," said owner Matt Lincecum, who added that nearly 2,000 pounds of their total 37,000-pound harvest had smoke taint.

Fremont Brewery makes more than 80 types of craft beers, but they specialize in small-batch crafts. So, when a batch is damaged, it has a ripple effect throughout the business.

Especially when the business is still trying to recover from pandemic losses of close to 40%. The harvest season was supposed to help make up for those losses.

"You're in the fields, and you're watching and watching the hops, and then they get to come in, and it's like Christmas Day," said Lincecum.

This year, the smoke got in the way. First in sight and then in taste.

"You can see some of the damage,” explained Lincecum. “They're yellow instead of that bright green character, they're a little bit yellow... you notice it really well, you notice it immediately. It has a different aroma to it.”

But it's a characteristic he said their team will have to get used to seeing as a harsh reality of climate change.

"We will see this next year,” said Lincecum. “We believe in climate change... we don't know why it was just this particular harvest, but that's what we are trying to figure out.”

Over the weekend, the team was able to remove the smoke using a process called centrifuge to separate the solids from the liquid.

"We just spun it around and around and refined it a bit more," explained Lincecum.

But with as much as 75% of the nation's hops coming from Washington, Fremont Brewery isn't taking any chances.

Lincecum said they're working with their partner farmers and Yakima Chiefs Hops to be better prepared to handle smoke effects, both in the field and at the brewery.

"The goal now is [to try] to mitigate where we can," said Lincecum.