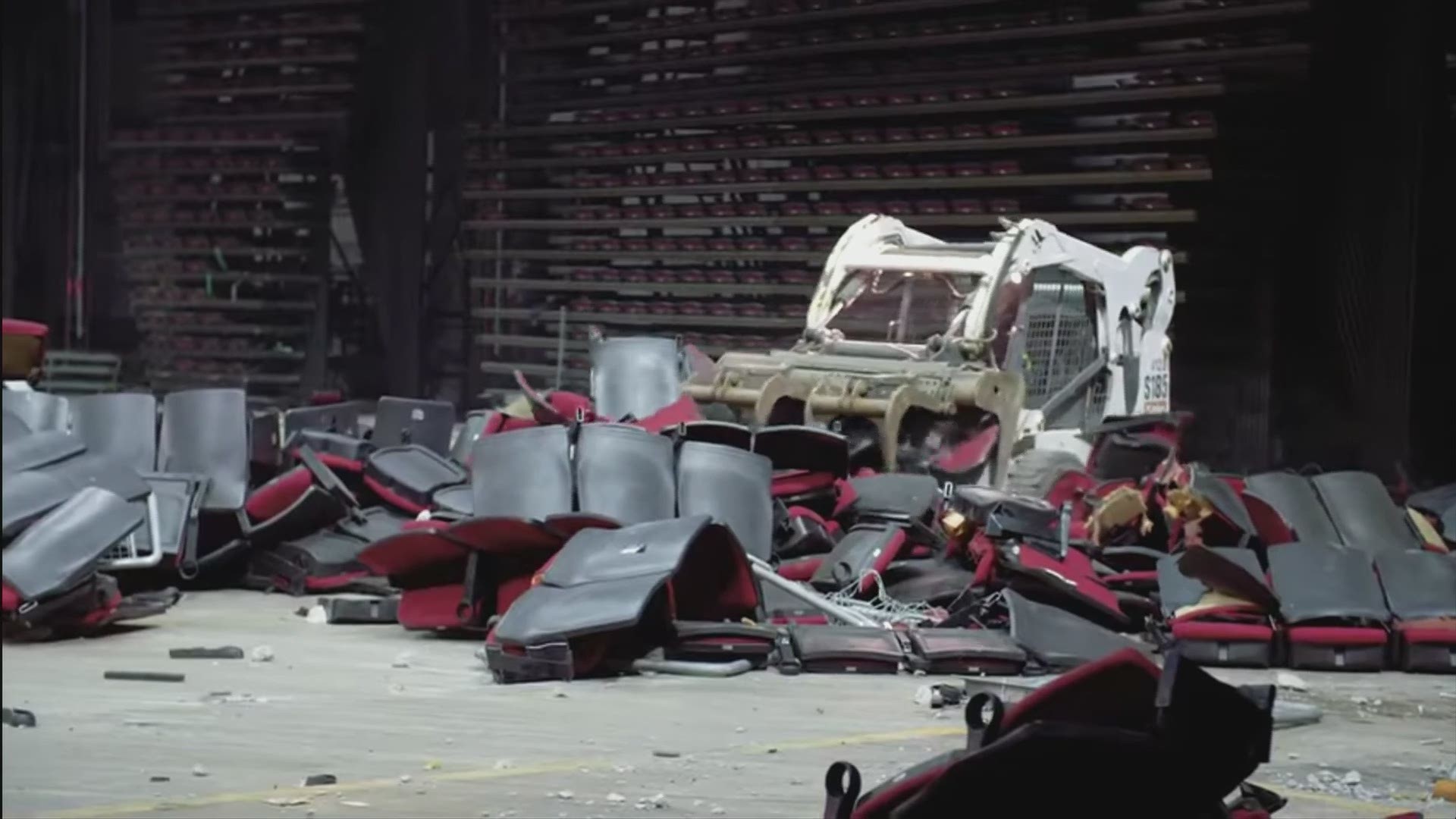 The Oak View Group and NHL Seattle provided the first glimpse at the interior demolition of KeyArena.

Work is underway to build a New Arena at Seattle Center to house NHL games and concerts. The footage shows how seats have been torn out, and locker room areas excavated.

NHL Seattle said the demolition project started on Dec. 5 when crews and bulldozers started removing ceiling tiles, suites, concession stands, and lockers rooms. The "hard demolition" of removing cement is expected to begin by late April or early May.

"This is a truly fascinating construction project," said Ken Johnsen, construction executive for Oak View Group-Seattle. "I just came off the Seawall project. People would come down and just stare at what we're doing. The same thing will happen at Seattle Center when the roof is suspended in mid-air."

The demolition and reconstruction at the Seattle Center arena is highly unusual and complex.  The $800 million dollar New Arena project will double the existing footprint of KeyArena, and is expected to open in the spring of 2021.  An NHL team is slated to begin play in the building later that year.

RELATED: Plans for new arena at Seattle Center show project is more than a renovation