Fire investigators determined the fire was set on purpose. The case was passed to the Seattle Police Department for a follow-up investigation. 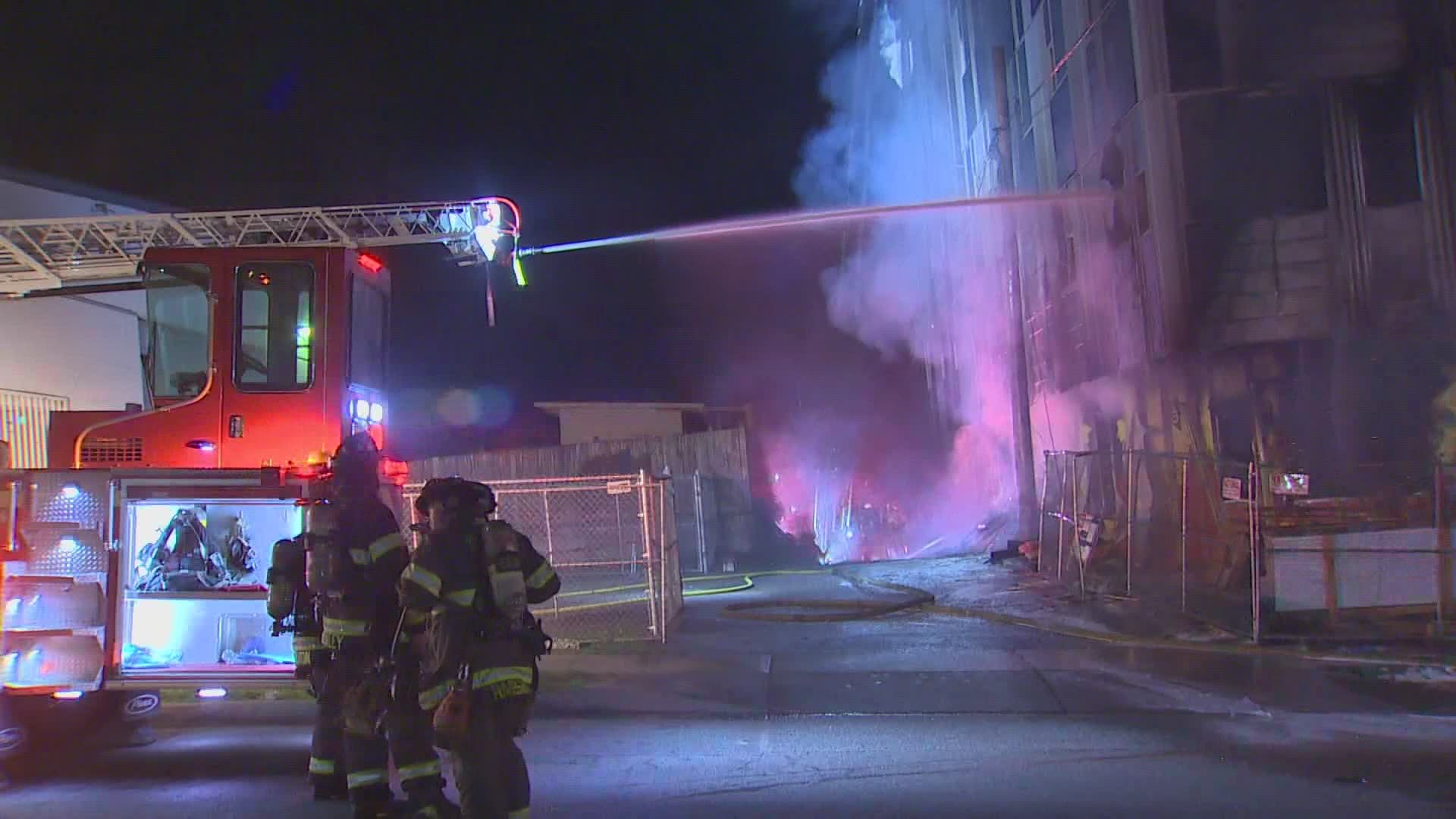 SEATTLE — A fire that caused $3 million in damage to new construction in south Seattle will be investigated as an arson, according to the Seattle Fire Department.

Two engines responded to the 2300 block of South Plum Street just after 3 a.m. Saturday morning after receiving a report of smoke and flames coming out of a mid-rise new construction building, according to fire officials. Two five to six-story buildings were connected through a U shape, and officials say the fire spread throughout the building onto the lower floors.

Firefighters said the blaze was too hot and fast-moving to go inside. However, fire crews were still able to prevent the fire from engulfing both buildings. Crews told KING 5 no one was inside the building.

Fire investigators ruled the fire was intentionally set and damages amounted to $3 million. The Seattle Fire Department passed the case to the Seattle Police Department's Arson and Bomb Squad for a follow-up investigation.

While crews were putting out that fire, firefighters were called to another fire in the Capitol Hill neighborhood at the 300 block of Bellevue Avenue east. Smoke and flames were reported from the top story and roof of an unoccupied building. Firefighters arrived on scene at 4:30 a.m. and were able to extinguish the fire within 32 minutes. No one was inside.

Crews said the cause of the Capitol Hill fire is still undetermined. The building was scheduled for demolition, so the estimated dollar loss is zero, according to the fire department.