The 5th Avenue Theatre just announced a full season of performances after the pandemic halted shows for more than a year. 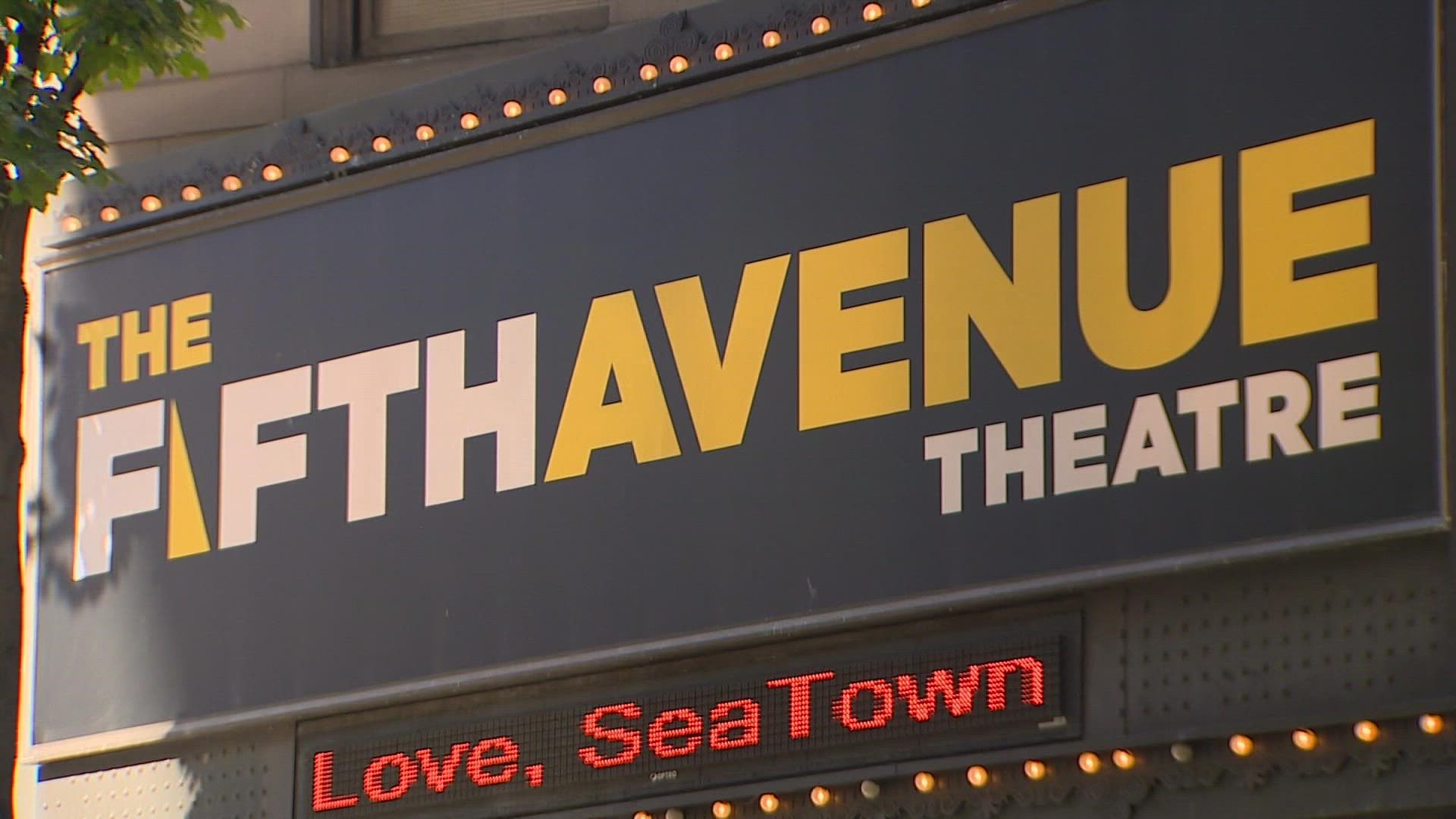 SEATTLE — Broadway is coming back to Seattle. The 5th Avenue Theatre just announced a full season of performances after the pandemic halted shows for more than a year.

The theatre has been frozen in time since March of 2020. The stage is still set with the backdrop for Sister Act, which was supposed to open as the world closed.

Berry and his team have been waiting for the right time to reopen. They think they will be ready in January when live performances will return with the opening of Beauty and the Beast.

“I think people should plan to wear masks, I think we will be having a mask mandate, and we're figuring out whether there will be a vaccine mandate or not, we haven't made that decision, we're working through that now,” he said.

Broadway in New York reopens in September with vaccine and mask mandates and will serve as a guide for other theaters across the country.

“What we're watching in New York gives us confidence because there are a lot of smart minds figuring that out,” Berry said.

Seattle Theater Group audiences are required to be vaccinated, starting on August 12th.

The Seattle Symphony is now selling tickets for its season, which starts this fall. Same for the Seattle Opera and the Pacific Northwest Ballet.

The hope is live shows will bring people back to downtown, to revive shuttered shops and businesses.

For 5th Avenue, a lot is riding on reopening night.

“I just think it's going to be the most powerful theater experience any of us have ever had,” Berry said.