Who should pay to tow Washington's abandoned RVs? Owner fired up over fee

Before an abandoned RV disposal fee was implemented, private tow companies shouldered the cost of getting rid of abandoned and unsafe RVs. 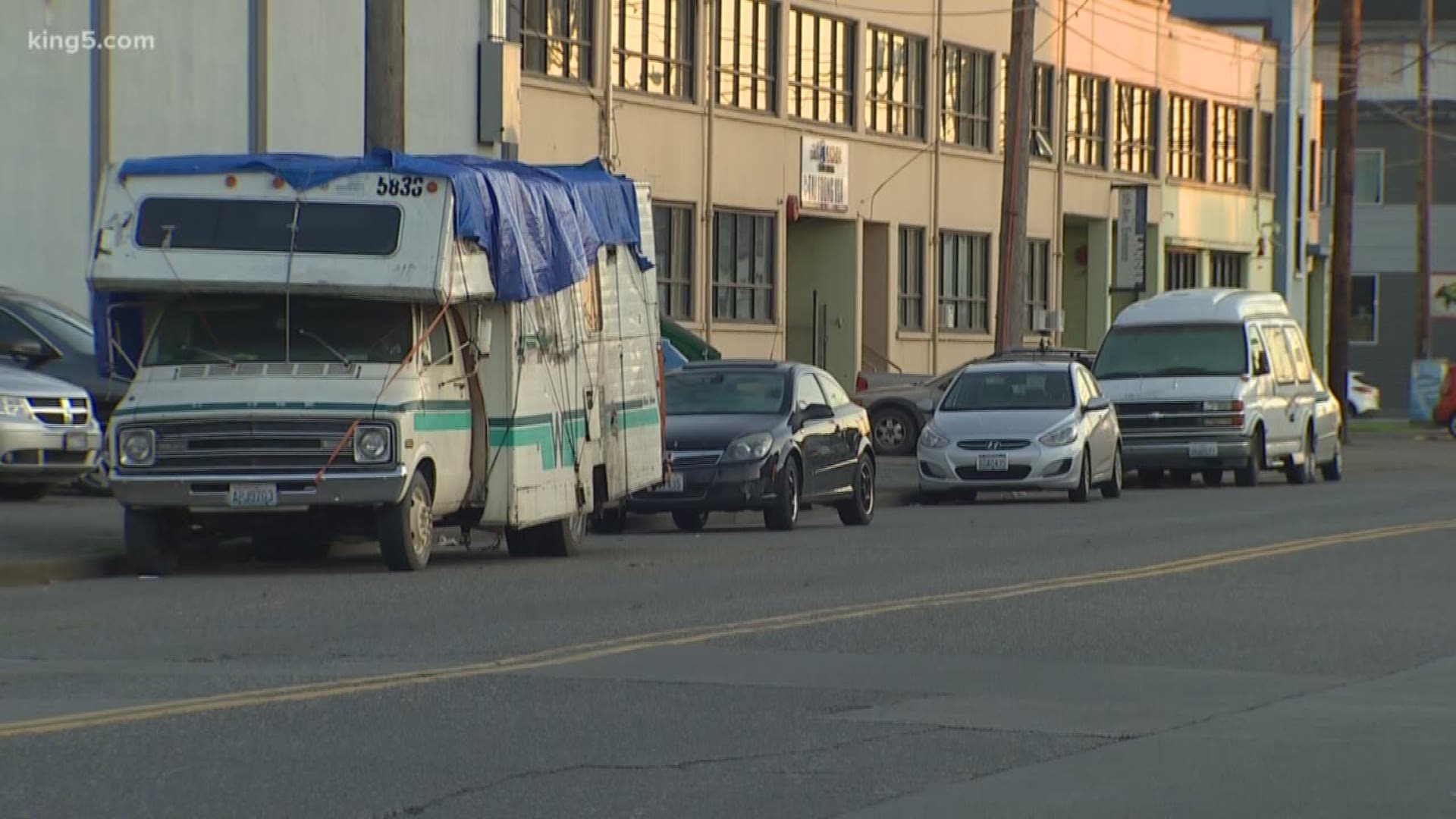 SEATTLE — Of all the fees Kelly Hatfield-Burmaz had to pay recently to renew her recreational vehicle tabs, one didn't quite sit right.

"We got the whopping $6 for the Abandoned RV Disposal," she said as she pointed out the very last fee among the seven listed on her bill.

The Abandoned Vehicle Disposal fee has been in place since 2018, after it was signed into law.

If you have registered an RV or renewed your tabs, you've probably noticed it. The money collected from the fee goes right into a fund through the state treasury.

The fund is used for reimbursing tow truck companies and licensed dismantlers for the removal and dismantling of abandoned recreational vehicles. The RVs are usually broken down and unsanitary and were used for shelter.

In Substitute Senate Bill 6437, lawmakers stated that "Abandoned recreational vehicles continue to be a hazard to the health and safety of citizens, business owners, and the environment," and "adequate funding is necessary to resolve the problem."

Receipt in hand, Hatfield-Burmaz questioned the need for that funding to come out of her pocket.

"As a responsible taxpayer, I'm thinking, why are we being foot with the bill?" she said.

In Ballard, Emily Gerke-Wade works at Big D Towing as the operations manger and serves as the administrative director of the Towing and Recovery Association of Washington.

She and her colleagues deal with the removal of abandoned RVs almost daily.

"As much as I understand the situation that people need a place to go, these RVs aren't the solution," she said.

Gerke-Wade said that before the fund was created, businesses like Big D would have to eat thousands of dollars of expenses for every RV they moved.

Between towing the RV, keeping it on the lot for 21 days, then paying a dismantler to break it down, costs could be in the ballpark of $3,200. That also includes time and labor the company wouldn't get back.

With the fund, tow companies are able to file paperwork with the state to get a large chunk of that money returned, which can take about a month.

"Nothing is a perfect system, but it's a start and it's a way to start clearing some of these nuances and dilapidated vehicles once and for all," Gerke-Wade said.

Something the fund does not cover, according to Gerke-Wade, is the complete initial towing cost to bring it to the impound lot.

She says in this case, some is better than none, especially when this helps break the cycle of impounded RVs in disrepair being bought for cheap then taken right back out into the street.

"What often ended up happening is that these RVs just got recycled and put back on the street, sold to the highest bidder. Sometimes that was $10," Gerke-Wade said.

As an RV owner herself, Gerke-Wade understands why people would be upset over the fee, but she feels like this was a problem that needed some sort of a solution.

"This has given us an opportunity, at $6 a pop per RV, for RV owners to be able to contribute. Not that we want to, but it is everyone’s problem at this point," she said.

It's a fee to help shoulder the cost of a larger problem. However, that still does not mean RV owners like Hatfield-Burmaz don't have a problem with it.