Two die after being struck by light rail train in Seattle

Two people who were trapped underneath a light rail train in Seattle were extricated. Both victims died from their injuries. 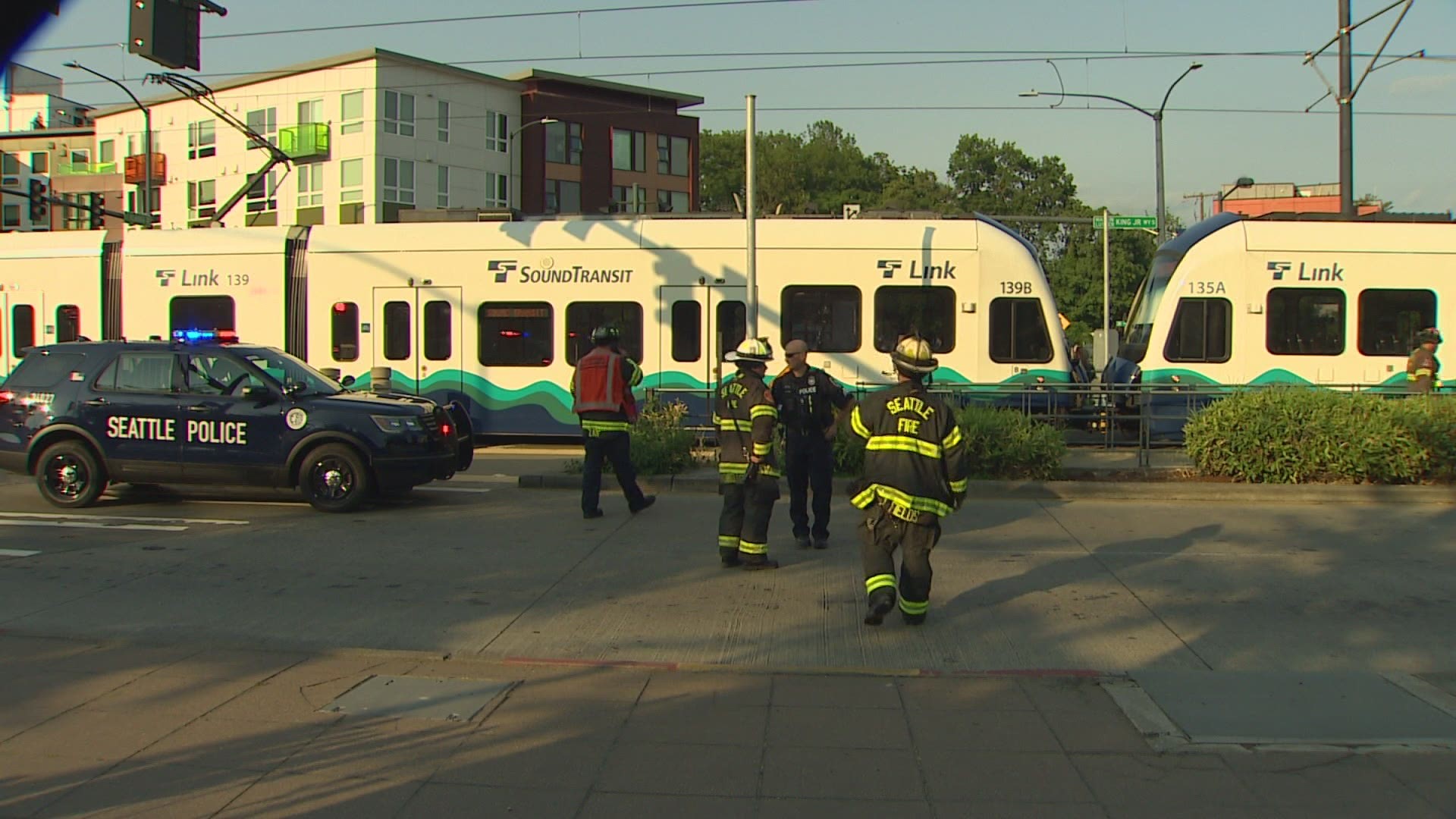 SEATTLE — Two people were killed after being struck by a light rail train in Seattle’s Columbia City neighborhood.

The crash was reported near Martin Luther King Jr. Way South and South Alaska Street on Friday about 6:30 p.m. The pedestrians were crossing during a "Don't Walk" signal, according to Seattle police.

The Seattle Fire Department extricated both people who were trapped underneath the train.

One victim was a 76-year-old woman who was declared dead at the scene. The other was a 66-year-old man who died from his injuries at Harborview Medical Center.

“People on the outside were really upset and panicked and so it became clear pretty fast that something was really wrong,” said Alison Duvall, who was riding the light rail when the victims were hit.

Detectives from the Traffic Collision Investigation Squad are investigating, according to Seattle police.

Link light rail service has resumed as normal, according to Sound Transit.

This is a breaking news story. Check back for updates.