A driver struck an occupied car and a child before hitting a power pole in Seattle's Magnolia neighborhood. Police say he showed signs of impairment. 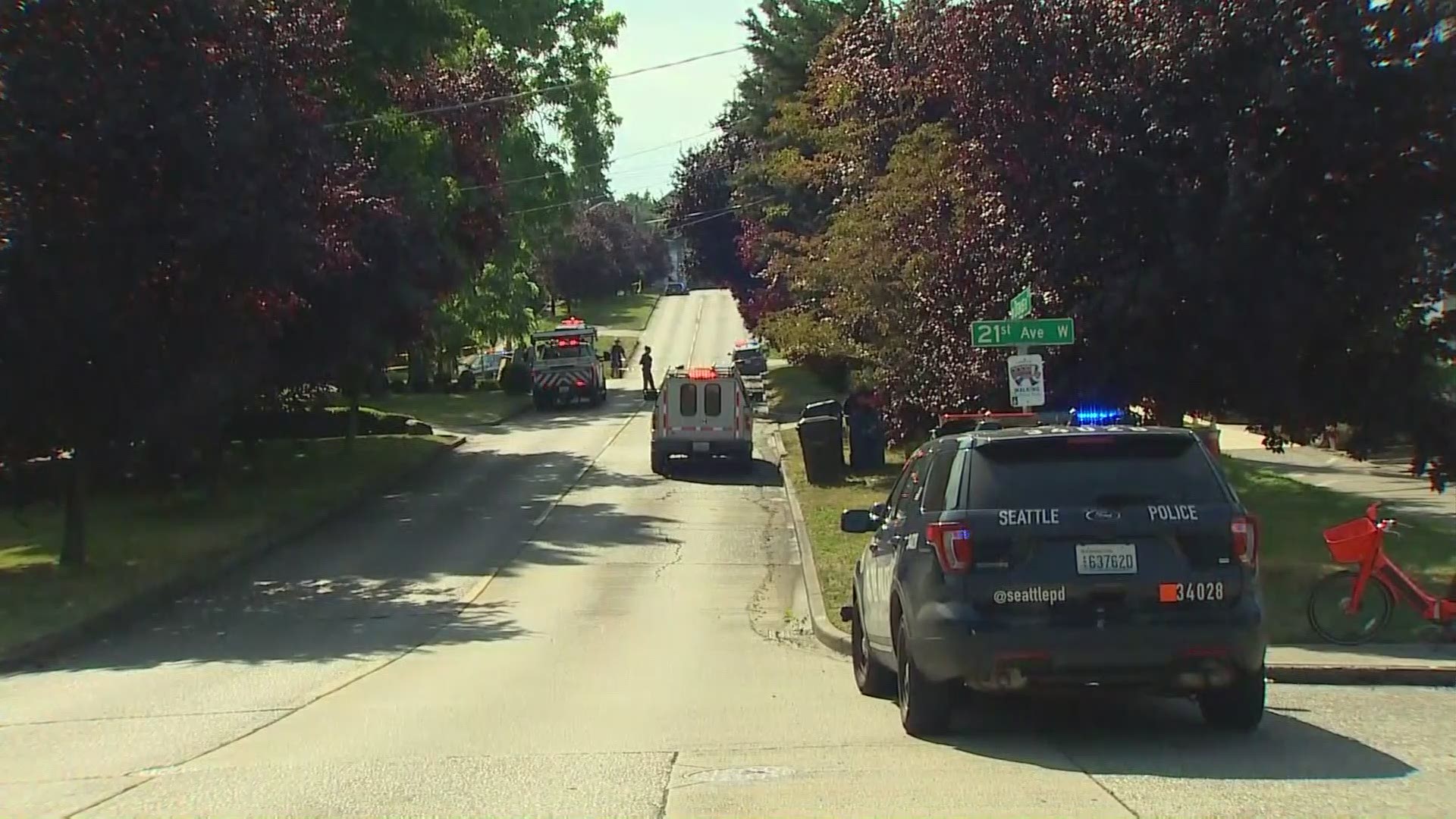 A driver was arrested after allegedly striking a woman, a teenage girl, and a boy in a series of collisions in Seattle's Magnolia neighborhood on Sunday afternoon.

The collisions began in the 2500 block of West Dravus Street at 3:10 p.m., according to Seattle police.

A 59-year-old man who was driving a 2006 silver Dodge Charger drove onto a planting strip and the sidewalk to pass a slower car that was traveling eastbound and struck a child who was with his mother, according to Seattle police.

The Charger continued eastbound on West Dravus, and rear ended another car, injuring a 49-year-old woman who was driving the car and her 16-year-old passenger.

The Charger continued eastbound down the hill in the oncoming lane, jumped the planting strip, and crashed into a power pole at West Dravus and 22nd Avenue West, according to Seattle police. Power was knocked out for the area while crews investigated the incident and fixed the utility pole.

The four people involved were all transported to Seattle's Harborview Medical Center, according to Seattle Fire. 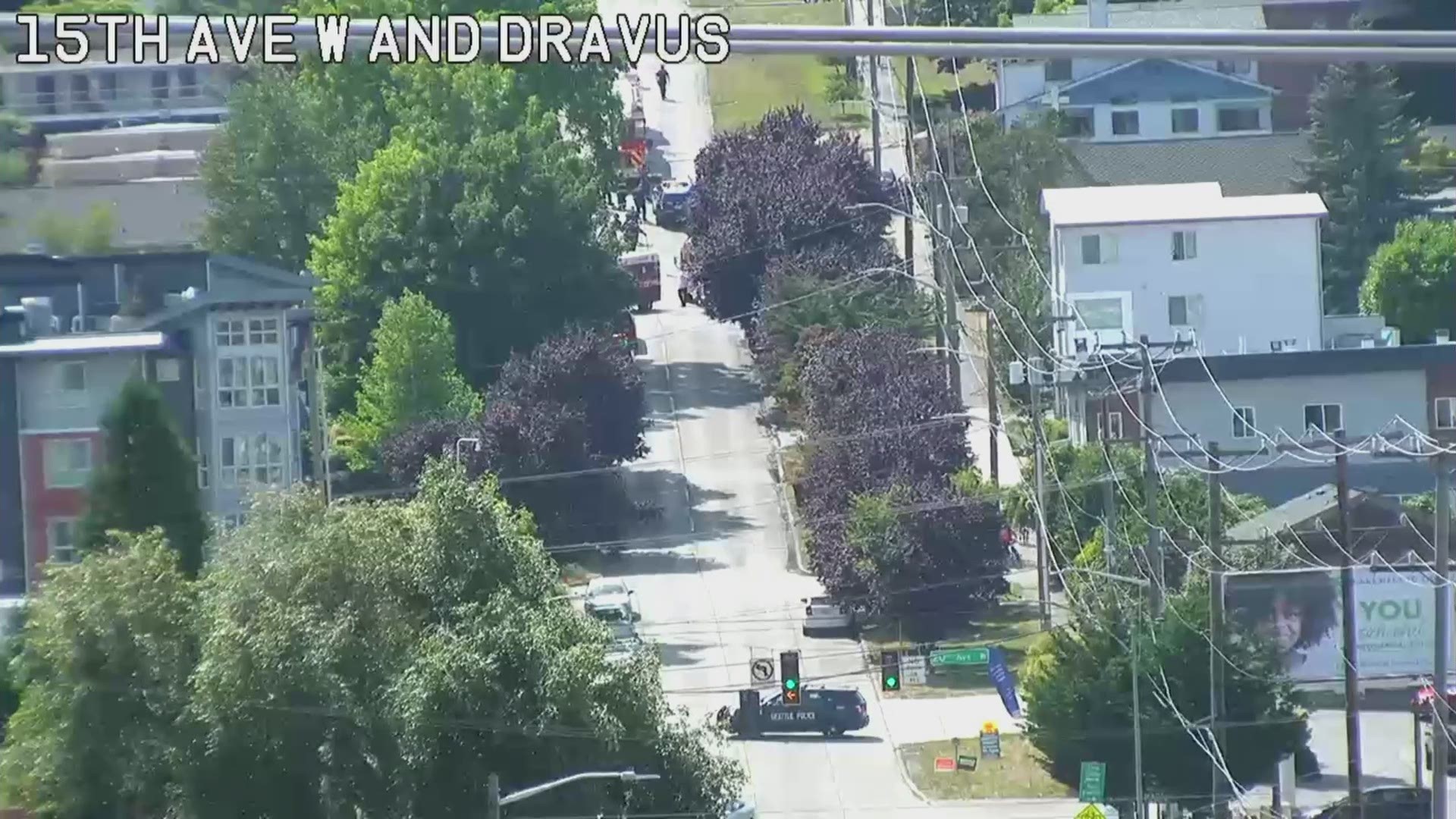