The stabbing occurred in the 2200 block of First Avenue in Seattle's Belltown neighborhood Monday morning. 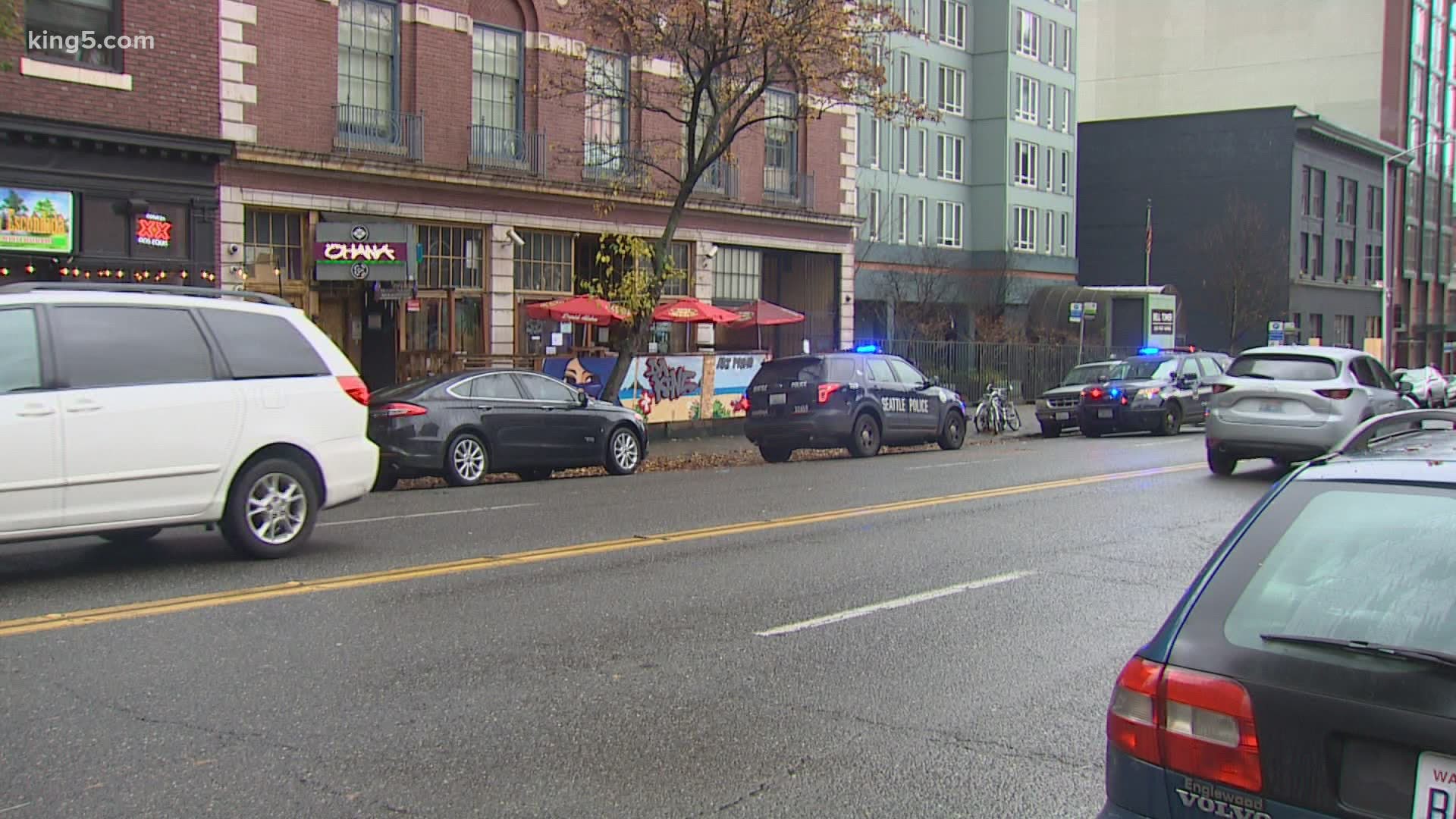 SEATTLE — A woman died after she was stabbed in a building in Seattle's Belltown neighborhood on Monday.

The suspect, who is a resident of the building, fled on foot, according to police. He was later found and arrested around 4 p.m. Monday.

The stabbing happened in the 2200 block of First Avenue, at the Lewiston-Scargo building run by Plymouth Housing. Seattle police started receiving 911 calls about the stabbing shortly before 11 a.m., according to Seattle Police Detective Patrick Michaud.

When police arrived, they gave first aid to the woman and medics performed CPR. The woman, who is an employee at the building, died at the scene.

Plymouth Housing is a 'housing-first' organization that works to get people experiencing homelessness inside, and runs the Lewiston-Scargo development.

Plymouth Housing issued a statement Monday saying its working closely with police, writing, "We are devastated by the sudden and tragic loss of life at one of properties..." and "...we are concentrating fully on supporting our staff and residents throughout the tight knit Plymouth Housing community." 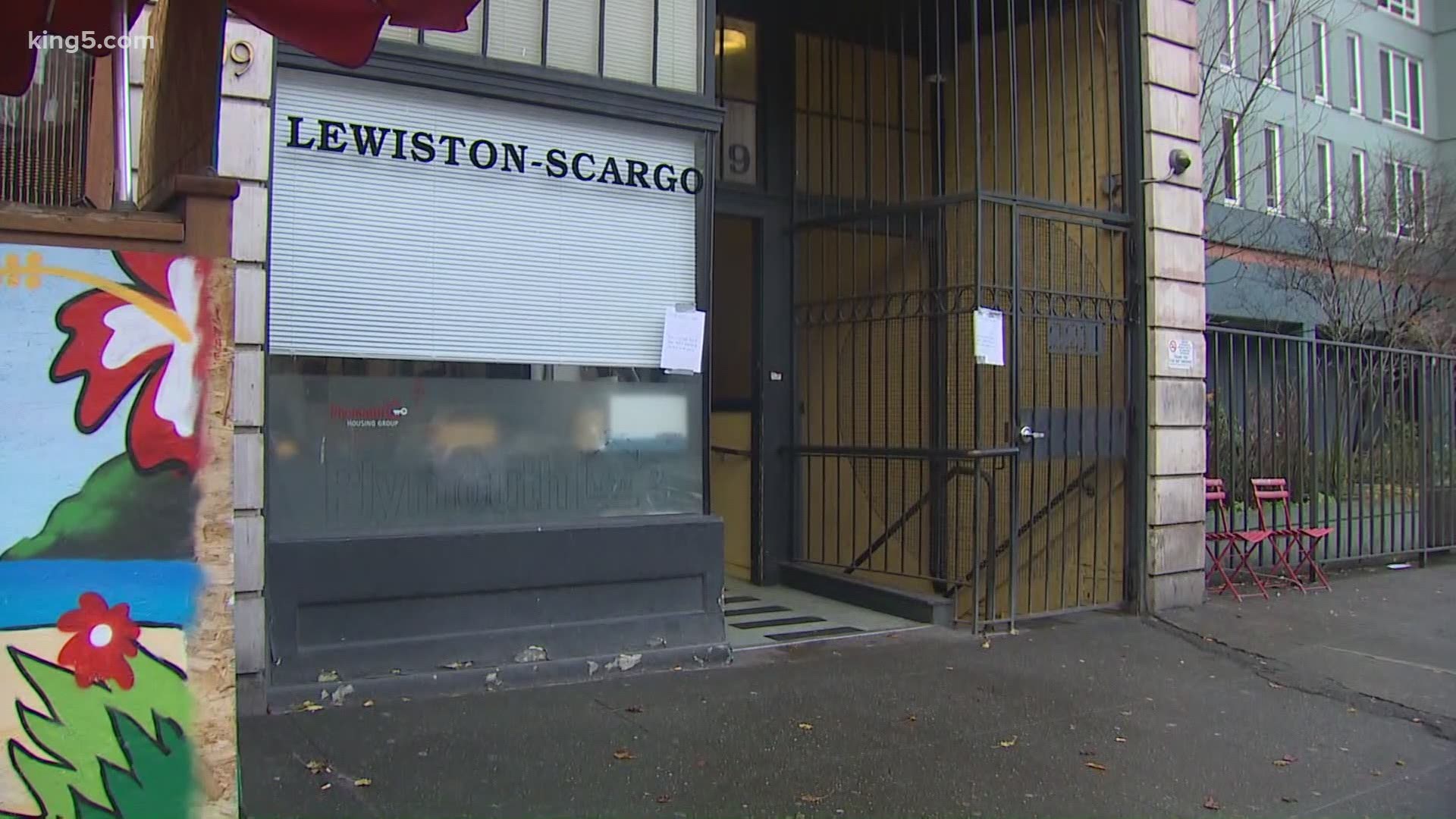