Cranes have become almost a permanent fixture of the downtown Seattle skyline due to the billions in investment poured into the city. Seattle is projected to complete 17,000 new residential units by 2021. 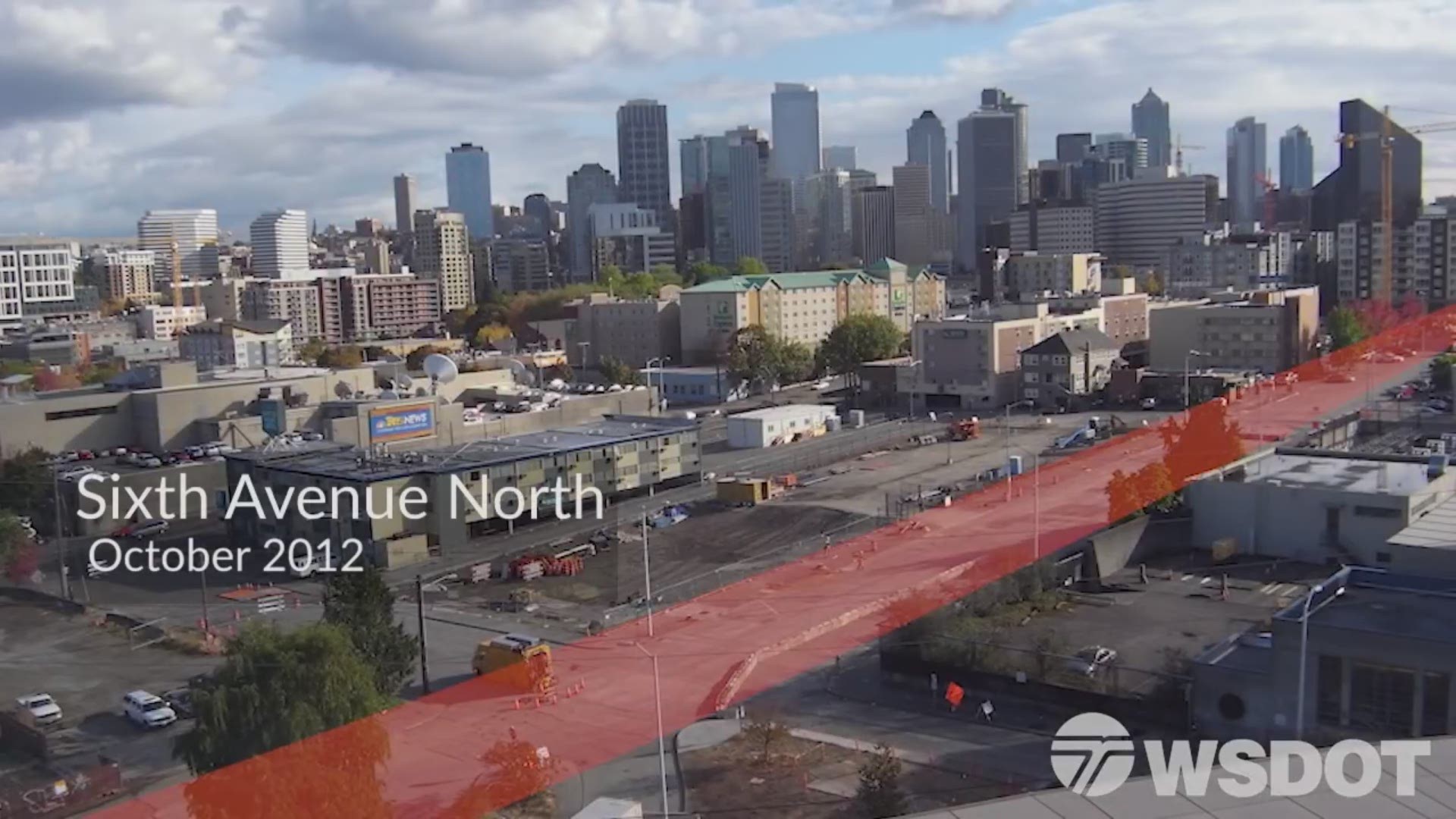 SEATTLE — This may not come as a surprise, but downtown Seattle has seen record growth in the last year. The Downtown Seattle Association released its 2018 Development Guide on Tuesday that puts a dollar figure on it all: $4.8 billion of investment was funneled into active construction projects during 2018.

There were 66 projects under construction by the end of 2018.

For comparison, 2017 saw $4.3 billion of investment, according to the report. Since 2010, the area’s residential population increased by 38 percent and employment increased by 39 percent.

The report shows that most of the construction was for apartments. In a city that has seen rapid growth in the cost of living, the addition of 3,780 residential units may seem welcome. Many of the units were in Seattle's South Lake Union and the Denny Triangle area. The year with the largest increase in residential units was 2017 when 5,723 units were added.

But none of this compares to what could be built. The report shows that 17,454 new residential units are scheduled for completion in 2021. The majority of the projects are in the "predevelopment" phase, which the report defines as a project with "no land-use or construction permits issued related to a planned new building construction."

However, the report shows that a record 4.5 million square feet of office space in under construction during 2019.

But will it hold? Amazon, the driving-force of construction in South Lake Union and bulk of the office-space construction boom, doesn't have plans to continue to build more than what has already been scheduled. The additional 2 million square footage is all that it is slated to add after years of rapid development in South Lake Union.

There were more hotel rooms built in 2018 than were built in the previous four years combined. There were just over 2,000 new hotel rooms added downtown last year. The Hyatt Regency Seattle was finished in 2018 and it is the largest hotel in the Pacific Northwest with 1,260 rooms, which made up more than half of the new rooms.

The next three years are expected to see less growth, and there are only 265 new hotel rooms under construction in 2019.

But there’s only so much that developers can build – the downtown area may soon run out of room, according to report.

Seattle’s zoning laws limit where and how much high-density housing can be built. The report warns that the downtown area will see a slowdown in growth in the coming years since most of the viable development sites currently have projects or are slated for construction already. The report suggests that without changes to zoning laws, the high cost of living will continue to be an issue. Still, there are hundreds of projects that are being planned for 2019-21.

The report also suggests that public amenities like parks, transportation networks and a downtown school are necessary to support the recent growth in both residential and employment populations. The report did not factor in light rail, a huge construction project in the city unless a structure was built along with the rail.