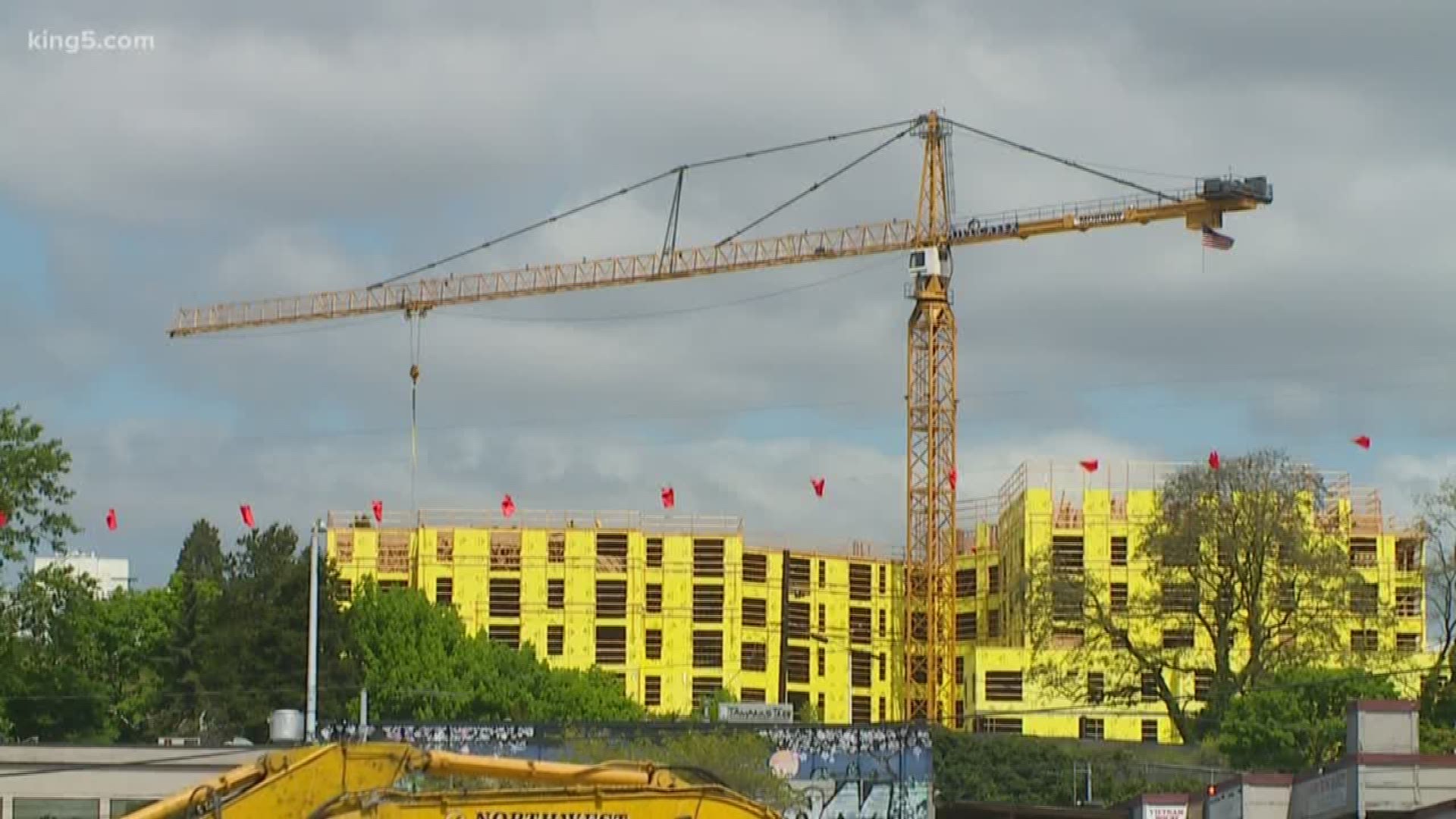 Editor's note: The video above on development using cranes originally aired in May 2019.

Residential projects made up the biggest share of construction projects in downtown Seattle so far this year, and the number of people living downtown is the highest in recent history.

That data comes from a report released Friday from the Downtown Seattle Association that tracks development, residents, and employment in the city center.

DSA estimates there are 88,000 people living downtown, which is the most since DSA began tracking development activity. Of those people, children make up the fastest growing demographic downtown, doubling to 4,850 children since 2010.

Midway through 2019, 23 buildings have been completed, compared to 29 over all of 2019. There are also 16 buildings under construction, and 43 buildings are expected to be completed over the next 18 months, according to DSA.

Although it has a lower share overall development, DSA reports square footage of retail construction is still at its highest mid-year level in more than a decade. Nearly 500,000 square feet are in development.