President Jon Scholes wants to use $40 million in levy improvement dollars to help prevent crime in the downtown core where a deadly shooting happened last month. 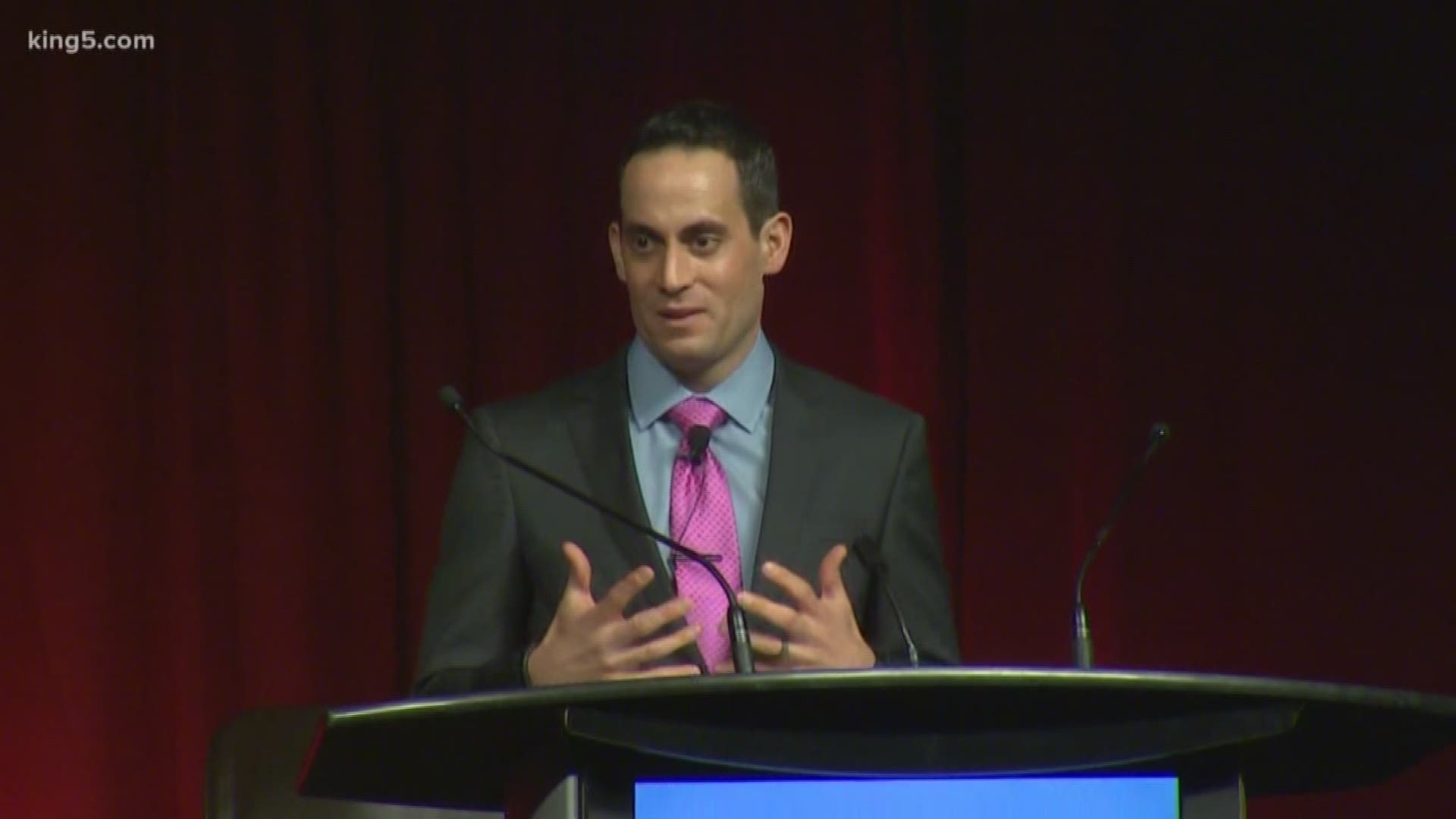 Seattle's State of Downtown Luncheon is usually a celebration of business and growth, but this year's event with 1,200 of the city's movers and shakers in attendance had a different tone.

Jon Scholes, President of the Downtown Seattle Association, addressed the power brokers Thursday and admitted there have been failures in the city's downtown core, which led up to a deadly shooting last month.

"We have to call this problem what it is," said Scholes. "This is a deeply rooted drug market in the middle of our downtown for 30 years."

Scholes's words hung in the air of the Hyatt Regency ballroom.

"It fuels assaults, rape, and robbery. Violent crime in this part of downtown has increased by more than 30% in the last three years," Scholes claimed.

Scholes made his remarks shortly after Seattle Mayor Jenny Durkan, who admitted the city is now "looking for long term solutions," following the shooting on 3rd Avenue and Pine Street that left one person dead and seven others injured, including a 9-year-old boy.

But Scholes doesn't believe it's as simple as adding more police officers or patrols in that area. He believes a big part of it is using money allocated for the corridor.

"We gotta move now," he told KING 5 after his public appearance. "No more bandaids. No more kidding ourselves that a few more police officers for a few more weeks is going to make a difference, we need a comprehensive bold immediate plan."

For Scholes, that means using $40 million in levy improvement district dollars, which was designated for 3rd Avenue.

He believes it would go a long way toward fulfilling a previously announced vision of the corridor, which includes more lights, trees, and storefronts that are more welcoming and deter nefarious activity.

Scholes thinks fast-tracking permitting, and legislation could speed up the process, and perhaps encourage private investment. Scholes said the fact that 3rd Avenue is a transit corridor could also be an avenue for federal transportation grants.