Residents in the Chinatown-International District said the neighborhood is starting to change, and some wonder how long they will be able to afford it. 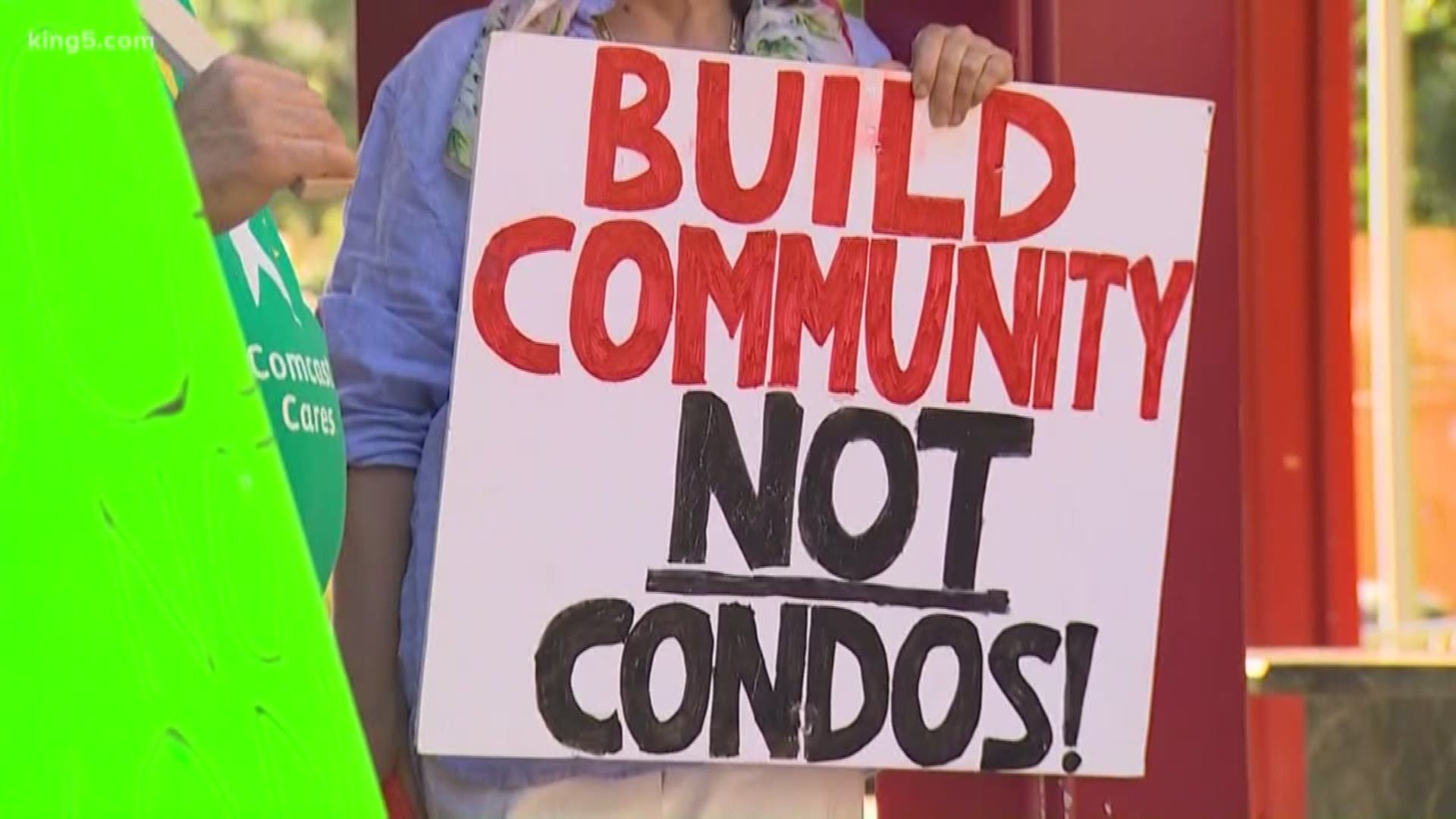 SEATTLE — When you look at the Chinatown-International District (CID) neighborhood by the numbers, you see the median household income is about $33,000. Roughly 30% of the population is below the poverty level.

New development is moving in, and some residents worry they will be priced out.

In the kitchen of Bush Garden restaurant, Karen Sakata said the neighborhood spot has a long history.

"This was one of the places to go back in the day," Sakata said. "I worked here when I was in high school."

Today Sakata is the owner and said people don't just show up for the food.

"There is a lot of community story here, and I would hate to see it disappear," Sakata said.

But now the neighborhood knows her business is in danger.

"If the developer who purchased that property gets their way, it is going to be demolished," said Nina Nobuko Wallace with the Chinatown-International District Coalition.

It's not far from Hing Hay Park, where residents rallied on Thursday night.

"Construction is underway on the first high-rise in this neighborhood," Noboku Wallace said.

Not wanting to see neighbors displaced, community members came together to raise concerns about families and businesses being priced out.

"People are moving south. It is too expensive to live here," said Dr. Lisa Chan.

"As more speculative real estate is coming in, more luxury development, it's building these big towers that are not affordable to the average CID resident," said Noboku Wallace.

Nobuko Wallace is especially concerned about the community's elders.

After a decade of financial decline, Keiro Northwest, the neighborhood's nursing home, will close. More than 100 residents will need to find a new place to stay.

"This community isn't going away," said Noboku Wallace. "We will stand up for our elders, and we will fight back."