Longtime breakfast spot Beth's Cafe is closing again and it's not clear if or when the beloved diner will reopen. 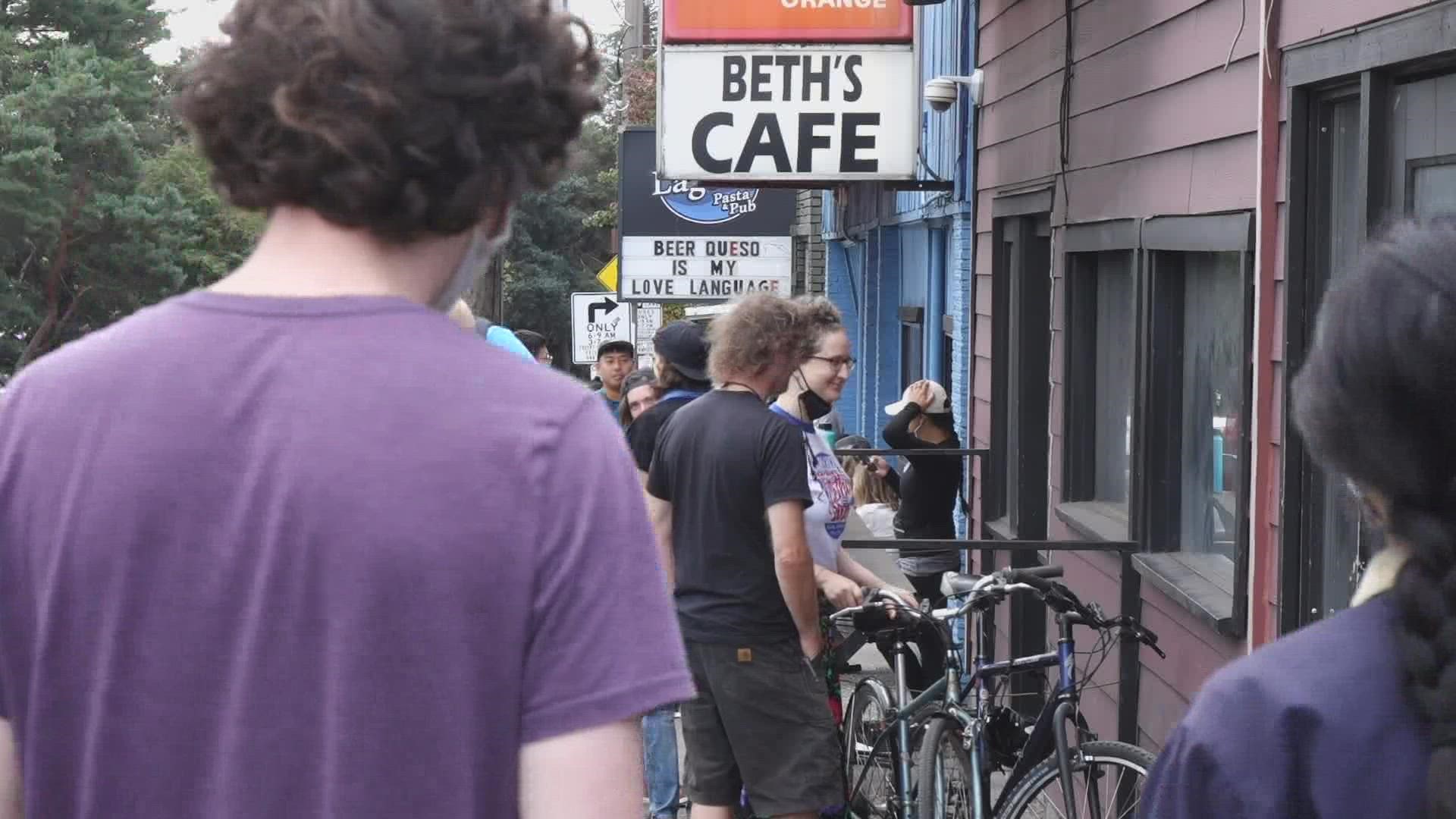 SEATTLE — Fans flocked to longtime Seattle diner Beth's Cafe on Labor Day before the beloved breakfast spot closed its doors again. By Monday afternoon, the cafe was turning customers away after running low on food.

The cafe posted on Facebook last Friday it would be "closing temporarily" after Labor Day. The closure comes about two months after the cafe reopened following an initial shut down due to the COVID-19 pandemic.

“We did our best,” the cafe’s post reads, adding that its modified hours and the continuous pandemic were likely to blame for the lack of business.

However, the owners wouldn't comment Monday if or when Beth's would reopen. Some current and former employees told KING 5 they are skeptical the cafe will reopen.

Beth Eisenstadt founded the eponymous diner in 1954 with her husband Harold, originally using the space as a nickel slots gambling parlor.

Since then, the famous diner has been featured on Travel Channel’s “Man vs. Food”, “World’s Best Places to Pig Out” and Food Network’s “Top 5 Big Breakfasts.”

Beth's Cafe is known for its massive 12-egg omelets and iconic décor along busy Aurora Avenue near Seattle's Green Lake.

Beth's is temporarily closing - not for good, but temporarily! That's the bottom line scoop ;) We'll be open through...

“We're just waiting to open in an atmosphere and under circumstances that make Beth's the long term Seattle breakfast spot it’s become known for since the 1950s,” the post reads in part.

Seattle, along with the rest of the country, continues to build back its economy in the midst of a fifth wave of the COVID-19 pandemic driven by the delta variant and the unvaccinated.

Beginning Labor Day weekend, the city is hosting the second round of its “Welcome Back Weeks” in the downtown core to support small businesses.