QFCs in Seattle's Capitol Hill and Wedgwood neighborhoods will close in late April. 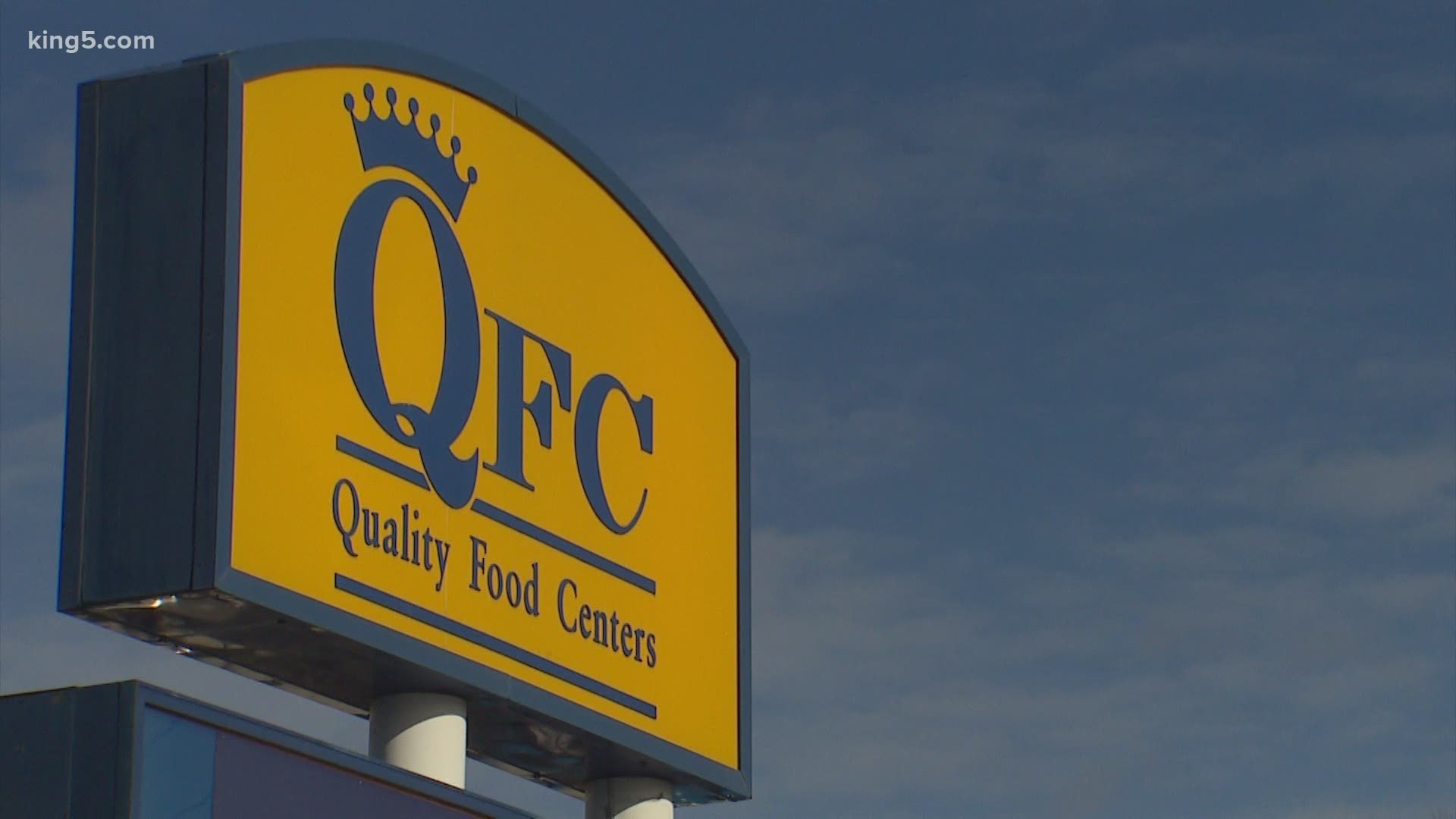 The decision to close the stores, located in the city's Capitol Hill and Wedgwood neighborhoods, was "accelerated by a new Seattle City Council mandate," a statement from its parent company, Kroger, reads.

The stores will remain open through April 24.

That mandate the company refers to is the $4 hazard pay grocery businesses with 500-plus employees worldwide are required to pay during the pandemic. The ordinance reinstated by the city council in late January. It went into effect Feb. 3.

Employers must pay workers an extra $4 an hour to "compensate grocery employees for the risks of working on the frontlines of a global pandemic," while also encouraging them to continue working and improving access to resources to keep them healthy.

A spokesperson for Seattle Mayor Jenny Durkan's office said, “Kroger is a huge conglomerate that has made billions in profits during COVID because its frontline workers continued to show up every day, despite the risk to themselves. It is unfortunate that Kroger chose to accelerate closure of stores they had already planned to close, and then blamed it on the need to pay the very workers who brought them these huge revenues.”

A QFC spokesperson denies the allegation that the store closures were pre-planned.

“This was a 22 percent increase in operating costs and those two stores were already operating in the red, so it just was a decision we had to make, unfortunately,” said Tiffany Sanders, a QFC spokesperson.

“Our business provides affordable groceries, good jobs with growth opportunities to thousands of Seattle residents, and proudly supports thousands of local community organizations," Kroger's statement reads. "We need a level playing field to deliver on these commitments. Unfortunately, Seattle City Council didn’t consider that grocery stores – even in a pandemic – operate on razor-thin profit margins in a very competitive landscape. When you factor in the increased costs of operating during COVID-19, coupled with consistent financial losses at these two locations, and this new extra pay mandate, it becomes impossible to operate a financially sustainable business."

According to the company, QFC's average hourly wage in Seattle is around $20 with total compensation over $25 an hour.

The company's statement questions why the city has not raised wages for its own frontline workers.

"Unfortunately, the irreparable harm that will come to workers and our Settle community is a direct result of the city's attempt to pick winners and losers among essential businesses and workers," the company's statement continued.

QFC said it is willing to work with employees and consider all requests to transfer within the company.