Ivar's is closing two of its full-service restaurants, Acres of Clams and the Salmon House, on Sept. 28 until next spring. The fish bars will remain open. 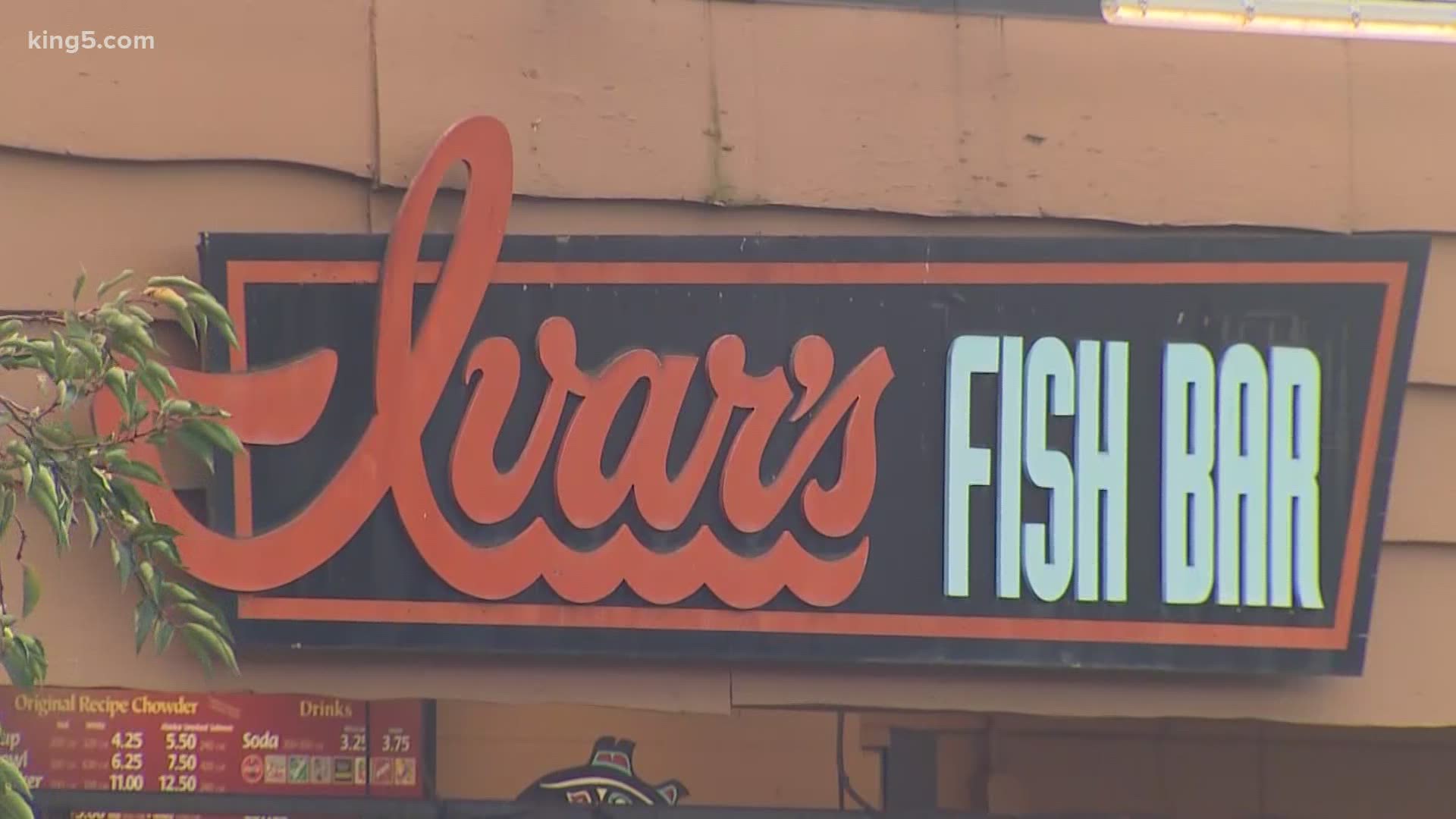 SEATTLE — Ivar's announced Thursday it's closing two of its full-service restaurants in Seattle due to financial shortfalls brought on by the coronavirus pandemic. It's another blow for the Seattle waterfront that's already struggling due to the closures of Pier 57 and 58.

Ivar's will close Acres of Clams on Pier 54 and the Salmon House on Lake Union on Sept. 28. The fish bars on the sidewalks in front of each restaurant will remain open.

According to a statement from Ivar's Bob Donegan, the pandemic and restrictions on indoor dining have caused a significant drop in customers for the company that's been part of Seattle's waterfront since 1938.

“Without cruise passengers, conventions, tourists, banquets, Sounders, Seahawks, and Mariner fans, and workers in the downtown offices, there are few people eating in our full service restaurants. We fear when the weather changes and the rains return, we lose outside dining and we won’t have any customers,” Donegan said.

Donegan said he hopes "sufficient advancements" are made in the fight against COVID-19 so he can consider reopening the two restaurants in spring of 2021.

"This is the beginning of a lot more of this news unfortunately," said Steve Hooper, a board member of the Seattle Restaurant Alliance.

"I sadly believe that there’s a very strong wave of closures coming over the next 60 to 90 days, sadly," he said.

The closure of Acres of Clams is another blow dealt to the Seattle waterfront. Last week, the city closed Pier 57 as a safety precaution following the partial collapse of Pier 58, which is undergoing a renovation.

Shuttering Pier 57 forced several other waterfront tourist destinations, such as The Crab Pot and The Great Wheel, to close for the time being until experts can guarantee the safety of the pier. City leaders have not given an update on when Pier 57 or those businesses could reopen.

Donegan said Ivar's full-service restaurant and fish bar in Mukilteo, as well as the company’s 19 seafood bars throughout the Puget Sound region will remain open.

He said sales of Ivar's pre-packaged chowder, which is sold in thousands of U.S. stores, have been "through the roof" since the start of the pandemic.

"That will carry the company through the winter and make it possible for us to reopen in the spring," Donegan said, "we hope."