Mae had become part of the family, the couple said. 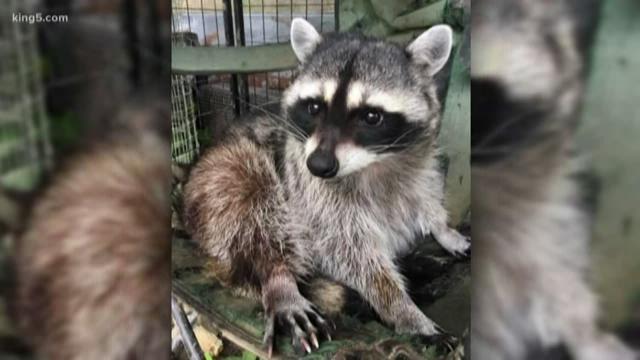 A West Seattle couple is suing the Washington Department of Fish and Wildlife for seizing their pet raccoon.

"She's part of our family. She doesn't know any different. Since her eyes were open we have been her mom and dad," Kellie Greer said.

Kellie and her husband, Chris, started caring for Mae as a newborn. Kellie found her at a park with her eyes still closed, smaller than the size of her fist. She saw a dead adult raccoon nearby and assumed that was the baby's mother.

The couple tried calling all available wildlife rehab centers, but to no avail. No one would take Mae. According to the lawsuit, Wolftown on Vashon Island agreed to let the couple become a "subpermitee" if they agreed to follow rules like keeping Mae on a leash when outside and building an outdoor enclosure.

However, Wolftown closed a few years ago and that means the permit is no longer valid.

It's been seven years, and Mae is now part of the family. She is potty-trained with a litter box, walks on leash, has a special hammock outside and even goes camping with the Greers. The couple has also been taking the raccoon to an exotic animal vet in Bothell for the last seven years, sometimes twice a year.

"You have to fill the bath tub so she can play with water and her toys. The cat won't jump in the bathtub. Mae needs that," Chris said.

The couple says they never knew they were doing anything wrong. They never tried to hide Mae who became a part of their neighborhood. They also crossed paths many times with law enforcement and never received any complaints, they say.

"For most every time the Greers went camping with Mae during white-tailed deer season in October/November from 2010 through 2016, inclusive, WDFW game wardens observed the Greers with Mae when asking them to produce tags for fish and wildlife taken during those trips. Instead of citing, threatening to cite, warning, or otherwise admonishing the Greers against keeping her, the wardens fawned over her, took pictures with her, and, thus, encouraged the Greers to continue keeping the clearly tamed and human-friendly raccoon. When at the campground, Mae was in a harness and always under control, never constituting a nuisance," the lawsuit reads.

A recent camping trip changed everything.

A WDFW officer spotted Mae and took information from the Greers. Then last Sunday, another officer showed up at their West Seattle home and took Mae.

"I thought he was there to investigate. I never thought he would take her," Kellie cried. "I'm supposed to work 10 to 5 and I've been working 9 to 8 because I don't want to be at home. She is so much a part of my life. I get up in the morning and kiss her and scratch her head."

WDFW found a rehab center in Quilcene to take Mae as an education animal, but the couple's attorney argues the Greers have a legal right to keep Mae. She's no longer wild, they say, and after seven years the Greers own her.

"On November 26th, a WDFW Enforcement officer seized a raccoon from Mr. and Mrs. Greer as it is illegal for the public to possess live wildlife in Washington without a valid permit. The raccoon was transported to a wildlife rehabilitation center where it received medical care and was held until today, when it was transported to another rehabilitation center and will be held under their permit for education purposes. While we understand that the family is upset by the loss, the department has no permit that would allow for the personal possession of wildlife as a pet, so we are therefore pleased that have been able to locate a rehabilitation center that is willing to hold the animal. An attorney for the Greer family has filed a complaint for declaratory and injunctive release against the state, seeking the return of the raccoon to the family. Because of the lawsuit, the department is unable to provide any further comment at this time."

The raccoon's seizure comes just a couple weeks after three fawns and an elk calf were taken from a Rochester wildlife rehab and euthanized, sparking a mass public outcry.

"I feel like I failed her. I've provided care her entire life," Kellie said.

"She's imprinted on us. She's part of our family and her pack is at home," Chris added.

The Greers have set up a fundraising page to help bring Mae home. 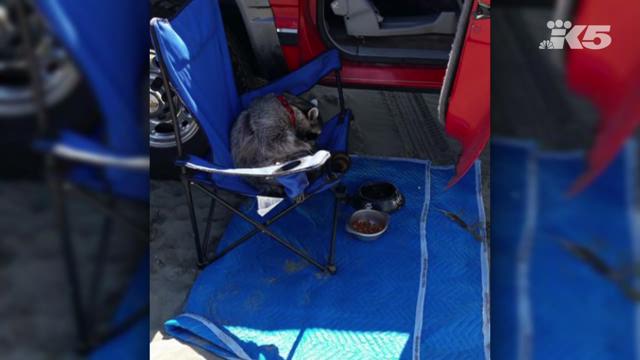