An ordinance proposed by Councilmember Sawant would expand the boundaries of the Pike Place Market Historical District to include the Showbox, Seattle's longtime music venue. 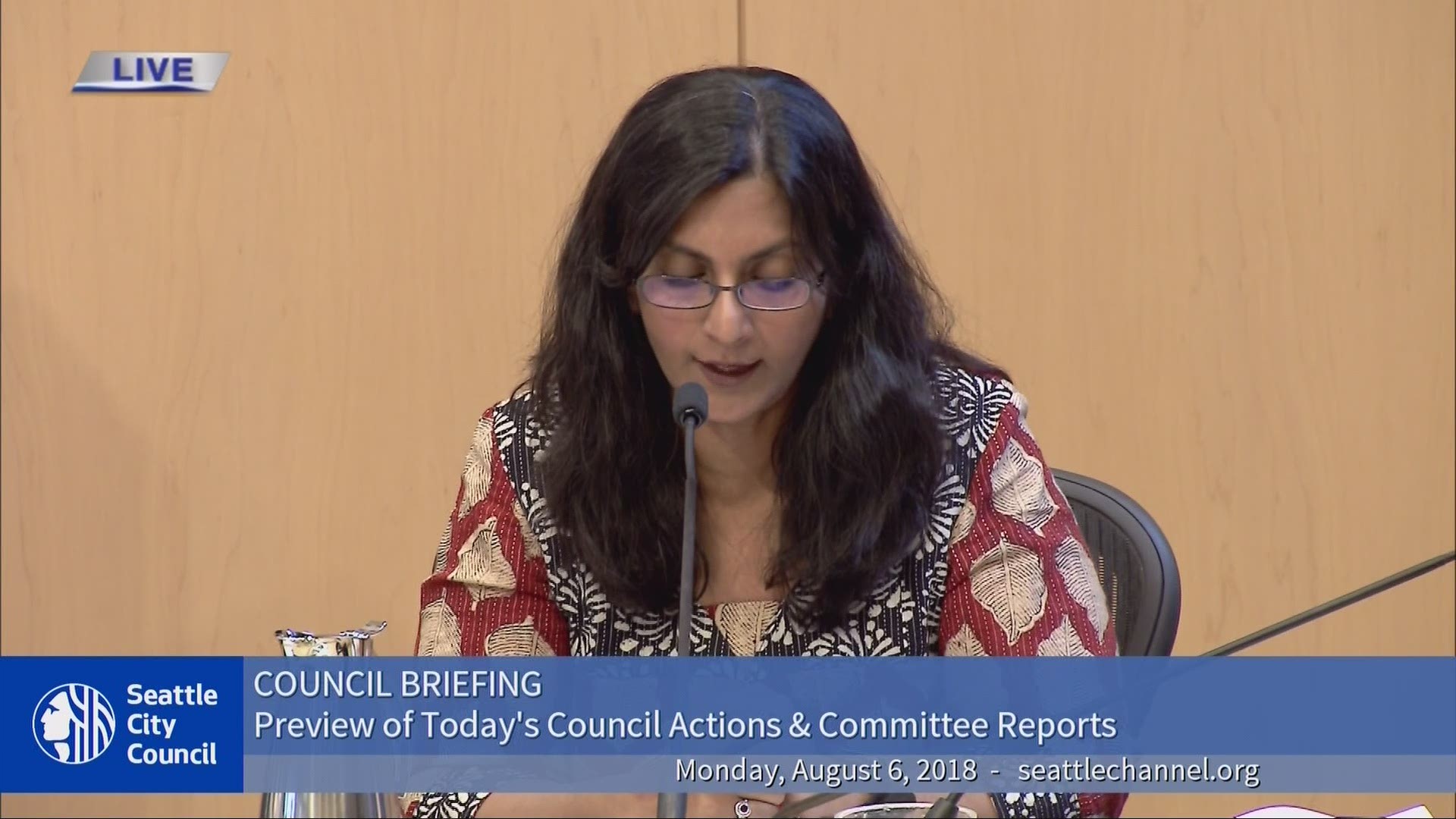 Seattle City Councilmember Kshama Sawant is joining the effort to save Seattle's Showbox, a longtime music venue in danger of being demolished.

Sawant is introducing an ordinance, which she plans to “walk on” during the City Council meeting Monday afternoon, to expand the boundaries of the Pike Place Market Historical District on an interim basis to include the Showbox.

“This is what working people of Seattle want,” Sawant said during Monday morning's Council Briefing.

The Showbox, which is located on First Avenue near Pike Place Market, has been around for 79 years. Big names, such as Duke Ellington, Pearl Jam, Death Cab, and Macklemore & Ryan Lewis have all performed there.

Thanks so much to Ben Gibbard of Death Cab for Cutie @dcfc for coming to advocate for #SaveTheShowbox! City of Seattle uses the music scene to promote and make profits for lots of businesses, but City Council hasn't stood w music community the way it stands with big developers. pic.twitter.com/wEyRW2q5W3

Onni Group, a Vancouver B.C.-based developer, has submitted a pre-application to turn the building into a mixed-use, multifamily tower with apartment units and retail space. The move sparked a petition to save the venue, which had over 89,000 signatures as of Monday.

The proposed ordinance would not designate the Showbox a historical landmark, but by making it part of the historical district, all changes to the building would need to go through the Pike Place Market Historical Commission’s process, according to Sawant.

Sawant, citing the Seattle Department of Construction and Inspections, said Onni would be vested in three weeks and urgent council action was necessary. She proposed a rushed timeline on the ordinance, skipping the committee phase and going straight to a full council vote next week.

RELATED: 'Save the Showbox' goes before Landmarks Preservation Board

However, many council members opposed the rushed process, saying it would be prudent to allow the community more time to weigh in.

“I would love to see the Showbox preserved, and I would like to do that in a way the community can come together and say what it looks like, what the purpose is, and if we can expand some affordable housing on top,” said Councilmember Sally Bagshaw. “I don’t think we’re going to be able to do that in a week.”