The expansion would make room for three new polar ice cutters as the Coast Guard aims to expand its presence in the Arctic. 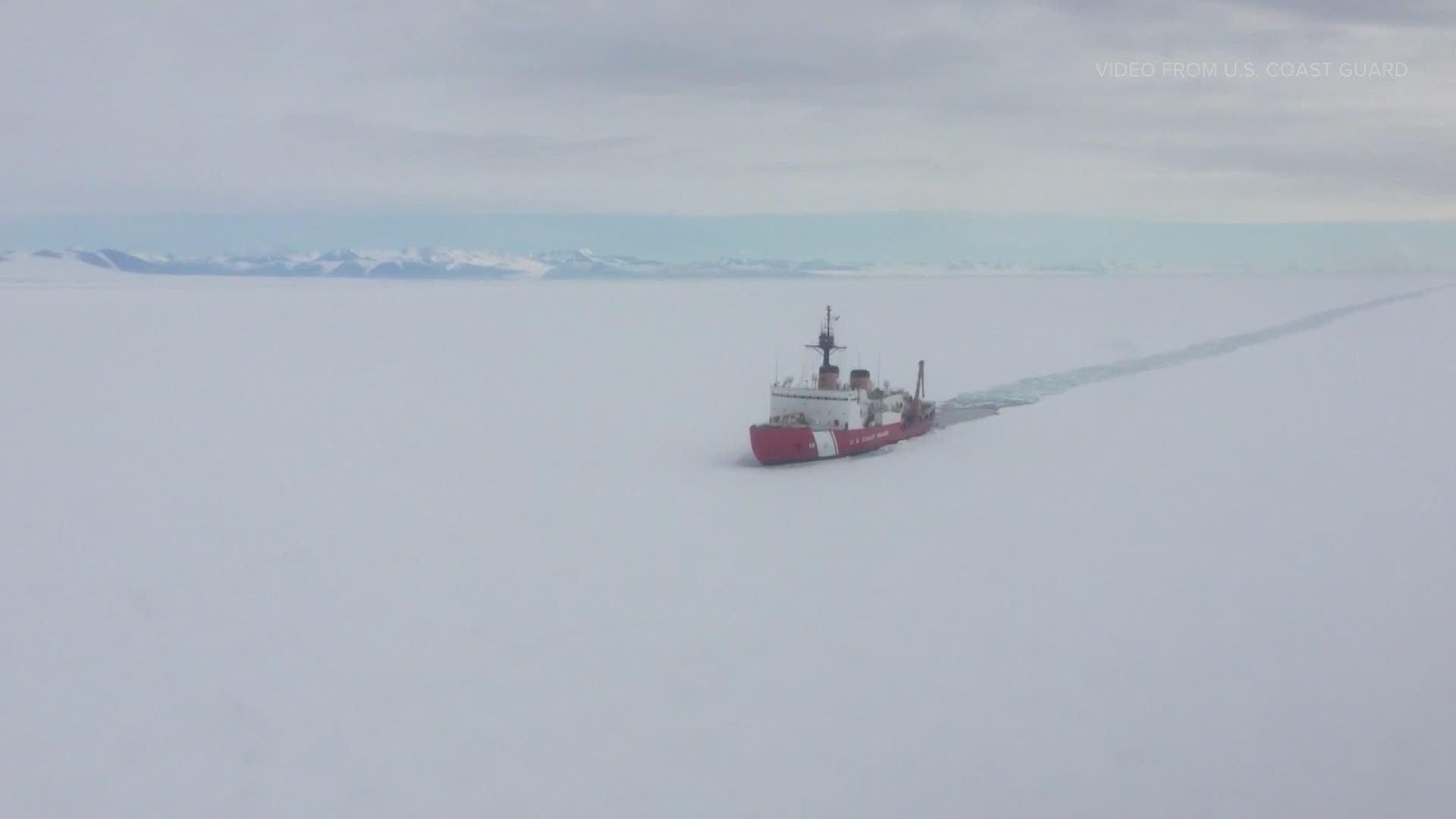 SEATTLE — The United States Coast Guard (USCG) is proposing an expansion to its Seattle Base to make room for three new polar ice cutters over the next few years.

The federal government is proposing acquiring up to 53 acres of Terminal 46 north of the existing base. Another option would be to expand the base to the south, to include some of Terminal 30.

The expansion project, if it clears the necessary hurdles, could start as soon as next year.

The USCG posted an Environmental Impact Statement in the Federal Register outlining plans for the expansion. The renovations would "support Coast Guard missions in the Puget Sound and Polar regions," according to the statement.

The USCG is aiming to increase its presence in the Arctic, according to the Coast Guard's Strategic Arctic Outlook. The expansion of Seattle's base would accommodate three new polar security cutters coming to Seattle, in addition to one polar ice cutter which is already stationed there.

Four other major cutters could be stationed at the base in Seattle in the future, replacing two existing ships, according to the impact statement. The Coast Guard is the only military branch with a polar capable fleet.

The Seattle base doesn't have enough land with compatible land uses, and also has a shortage of berthing capacity, along with out-of-date and inadequate facilities to accommodate the new ships, according to the proposal.

In the future, the Coast Guard plans to invest in planes, autonomous systems and more icebreaking ships which will allow fleets to reach high altitudes capable of a range of activities including search and rescue, to defense operations and marine scientific research support, according to the Coast Guard's plan. Without these resources, the Coast Guard claims it has a limited ability to respond to crises in the Arctic, like oil spills and contingency operations.

This national fleet does not currently have the capability or capacity necessary to assure access in the high latitudes. This shortfall limits the Coast Guard’s ability to proactively manage risks in the Arctic maritime domain. It also threatens the Nation’s ability to respond to crises in the Arctic, ranging from oil spills to contingency operations.