The Seattle-based Polar Star has several important duties in the Arctic, including sending a strong message to Russia and conducting unique research. 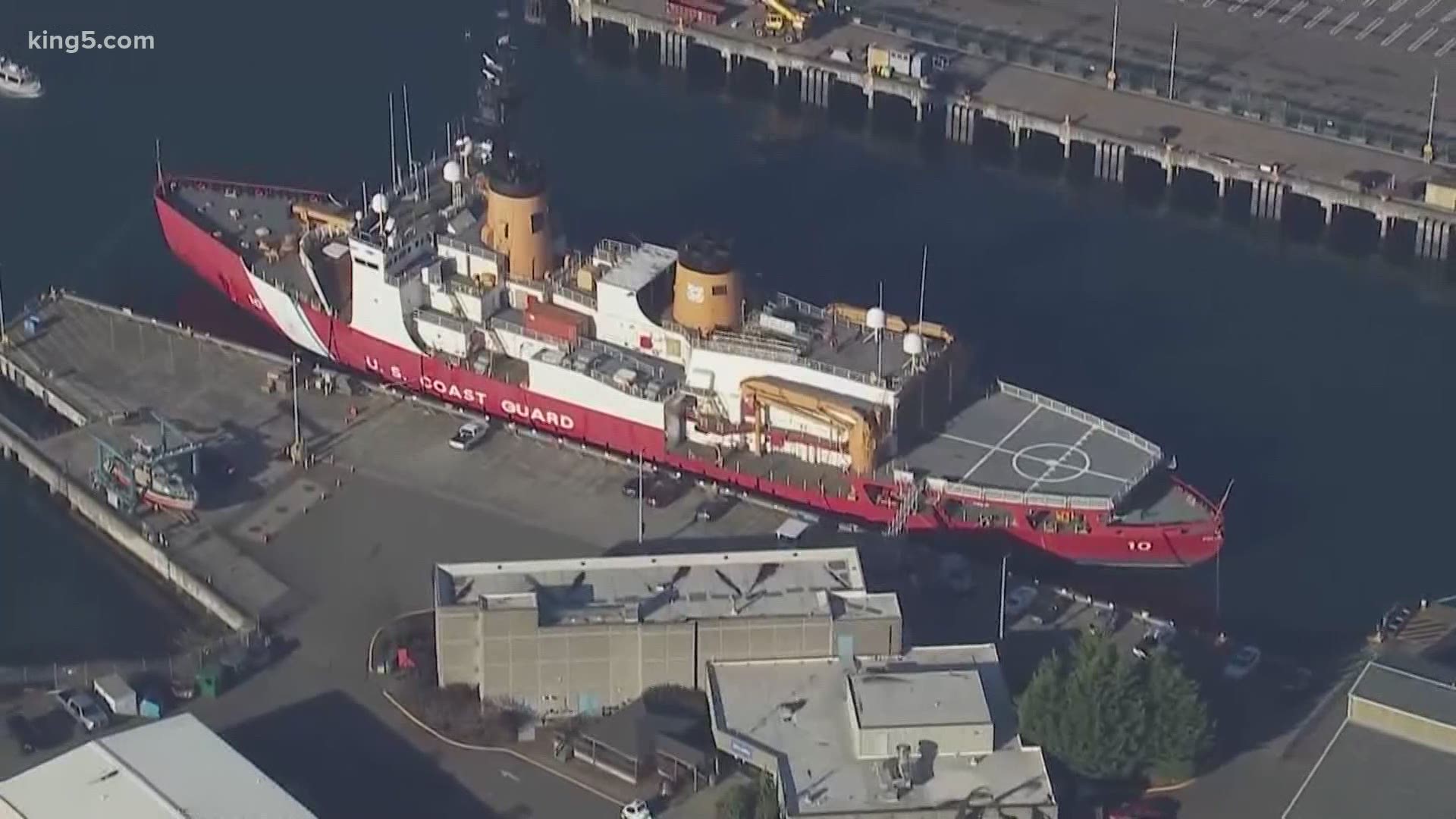 The Seattle-based Coast Guard icebreaker Polar Star departed for the Arctic on Friday afternoon for a three-month voyage.

One of its missions is to send a message to Russia about America's presence in the region after increasing incidents involving the Russian harassment of U.S.-based fishing vessels.

Another aspect of the mission is to begin familiarization for a new generation of crew members on handling ships in the ice, with the first new icebreaker in decades now under construction.

If the Coast Guard gets the rest of the funding for that first icebreaker, along with funding for five more under the National Defense Authorization Act, the nation's fleet will grow dramatically. A bill, sponsored by Sen. Maria Cantwell, contains money for the six icebreakers: three of them heavy breakers that can cut through 20 feet or more of ice and three of them to be based, like the Polar Star and the Healy, in Seattle.

There are only two functioning ice breakers right now and the Polar Star is the oldest, built back in 1976. It’s slightly newer sister ship, the Polar Sea, is inactive and being used for parts to keep the Polar Star going. The second active icebreaker is the medium-duty USCG Healy.

Another key mission these icebreakers perform is helping scientists conduct research. The icebreakers not only transport scientists to remote, ice-covered waters, but act as a scientific platforms.

“They are vital, they are absolutely vital for scientific research,” said University of Washington Professor and Oceanographer Jim Thomson. UW, with its Applied Physics Lab, is considered a key institution for arctic research.

“The lack of ice capable ships in the U.S. is definitely limiting the science we can do. It’s limiting our ability to improve forecasts and climate models.”

Another concern is that as the ice becomes thinner over much of the Arctic, it can no longer support research camps where people and equipment are flown in by aircraft.  That would leave these important research ships as the only option.