'It was all worth it': Stakeholders celebrate opening of Climate Pledge Arena at Seattle Center

The idea to rebuild the KeyArena started in the mid-2000s when then Sonics owner Howard Schultz suggested Seattle should partner with him on a new NBA arena. 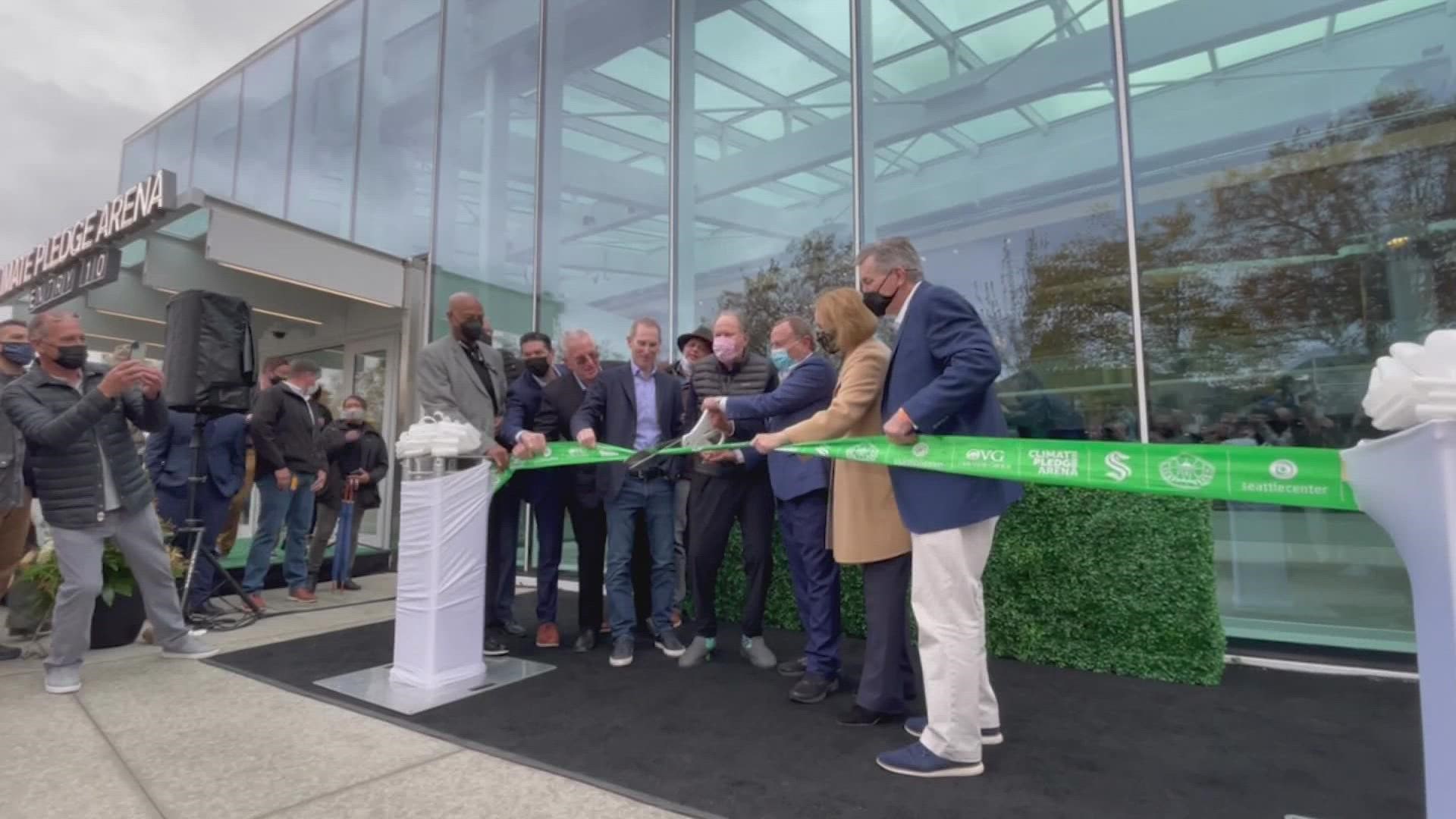 In a story filled with twists and turns, perhaps it was fitting to have a little drama at the climax. There were raindrops, and a group of protestors that threatened to interrupt the proceedings, but in the end, everything went as planned for the ribbon-cutting Friday.

Primary investor David Bonderman used the giant scissors to slice through the fabric and mark the end of what has been a more than 15-year journey to build a new sports and entertainment complex in Seattle.

It started back in the mid-2000s, when then Sonics owner Howard Schultz suggested the city should partner with him on a new NBA arena at Seattle Center. He lobbied the state legislature, to no avail, and found little public appetite to rebuild KeyArena, which opened in 1995. The public was still smarting from the financing of what is now T-Mobile Park and Lumen Field.

So, Schultz sold the franchise to Oklahoma City tycoon Clay Bennett, who immediately asked for a publicly-financed sports palace in Renton. That call went unanswered. The City of Seattle took the Sonics to federal court, and eventually settled, allowing Bennett to take the Sonics to his hometown in 2008.

RELATED: What to know before you visit Climate Pledge Arena at Seattle Center

It also left Seattle with a white elephant almost overnight, with no anchor tenant, and a need for upgrades just to get concerts.

"There were events at the old KeyArena, but frankly it was a little tired," said Carl Hirsh, a city consultant who worked on various arena projects over the years. He walked down memory lane at the Venues Now forum at McCaw Hall on Friday, talking about the past decade or more.

There were stops and starts along the way. At one point, Seattle had a deal to build a new Arena in the SoDo neighborhood.

Chris Hansen's investment group had a purchase agreement to bring the Sacramento Kings to his building next to T-Mobile Park. But the NBA owners killed the deal in 2013, and the city council rejected a petition to vacate a one-block section of Occidental Avenue to allow Hansen to be shovel ready for the next NBA availability. That was May 2, 2016.

Shortly thereafter, the City of Seattle, still under contract with Hansen, asked for one more shot at the Seattle Center site. It would ask for fully privately financed offers. Two proposals were later received, and the tide shifted back to the old KeyArena site.

"The City had no choice but to do this," recalled former Seattle Economic Development Director Brian Surratt at the same Venues Now forum, noting the proposal from the Oak View Group (OVG) to preserve the roof and build a $650 million complex.

RELATED: Taking light rail to the arena? Here’s how to avoid parking fees at Northgate

OVG's Tim Leiweke was starting up his own company then, and putting a lot of stock in making the play in Seattle. He then doubled up by announcing, and bringing in a National Hockey League investment group, hoping it would lead to the project's completion.

After multiple city council votes, and the blessing of Seattle's Mayor Jenny Durkan in 2017, the NHL awarded Seattle a team on Dec. 4, 2018. Ground was broken on the new arena the next day.

The coronavirus pandemic only caused a few days of delays, with Gov. Jay Inslee granting an exemption for construction to continue, given the fact that the 44-million pound roof was supported by a temporary scaffolding system. Hundreds of thousands of truckloads of dirt were carried out, and the old KeyArena was torn down bit-by-bit and replaced. OVG ended up spending $1.2 billion, almost double their original proposal.

It's not a renovation, but rather a full replacement. Climate Pledge is 800,000 square feet, doubling the old footprint of 'The Key.'

NHL Commissioner Gary Bettman, when asked Friday, said he had little concern it would all be done in time for the Kraken's inaugural season.

"The effort that has gone into building this arena has been nothing short of phenomenal, under extraordinary difficult circumstances," he told KING 5.

It is the stuff that people will make documentaries about, and the fact, that this was all engineered in the middle of a public health crisis. Leiweke shared this week that no one will ever try this again.

He spoke again at the ribbon-cutting about how the deal came together and was executed.

After all the civic debates, and negotiations with sports leagues, Bettman was asked what he would think about after the puck drops tomorrow.

He replied directly: "It was all worth it." 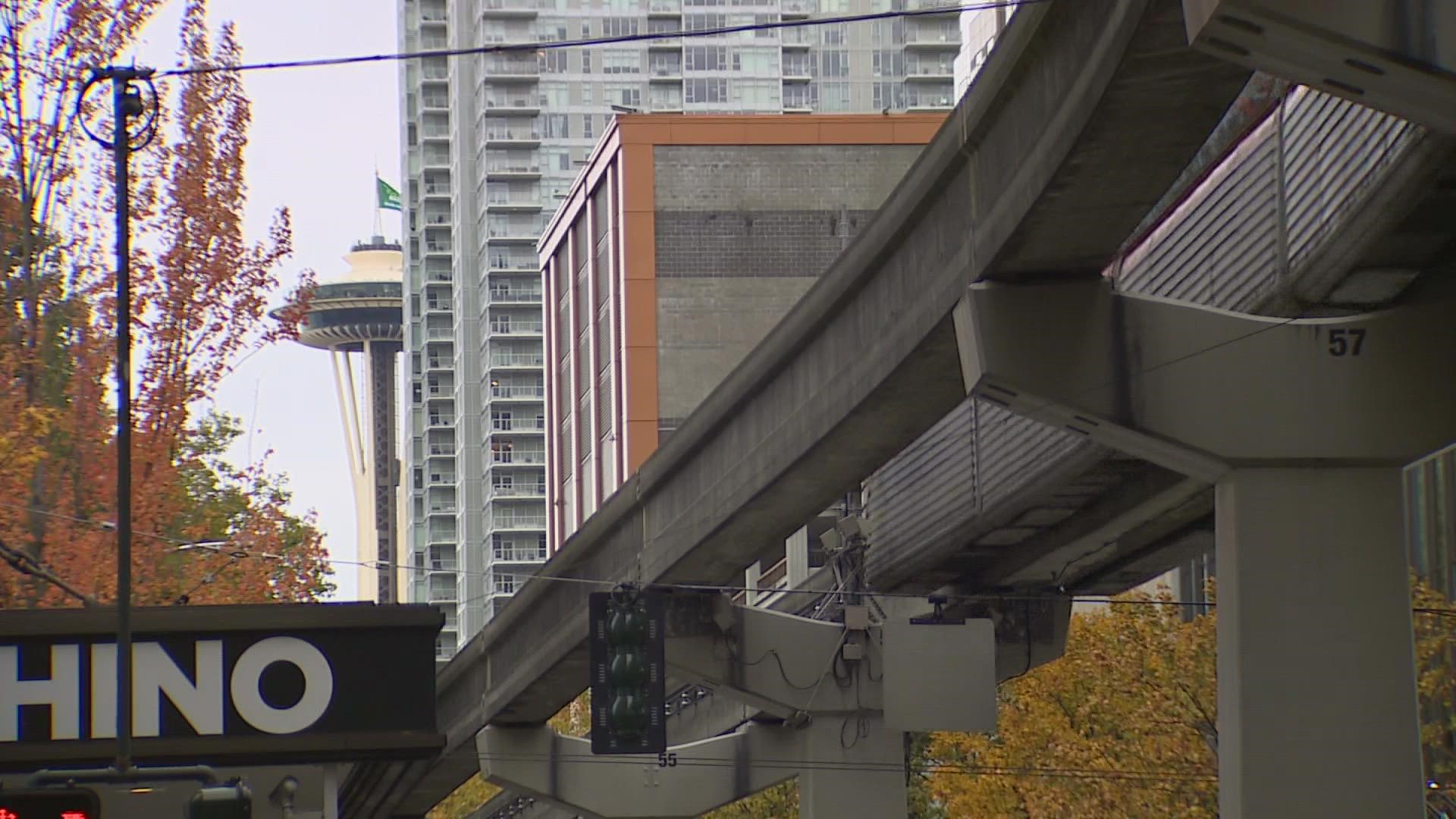 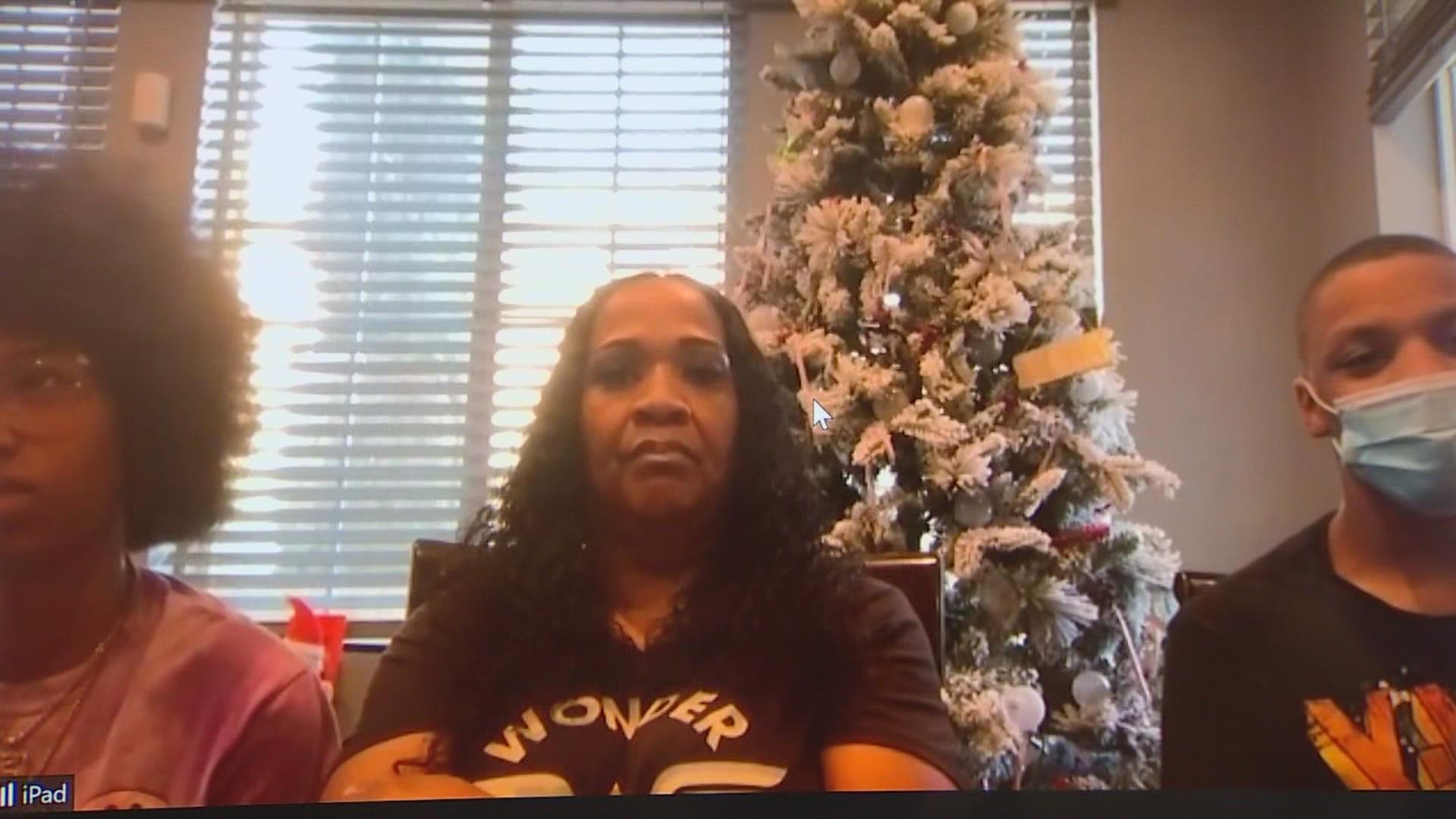