Chief Carmen Best is officially retiring from the Seattle Police Department after 28 years. 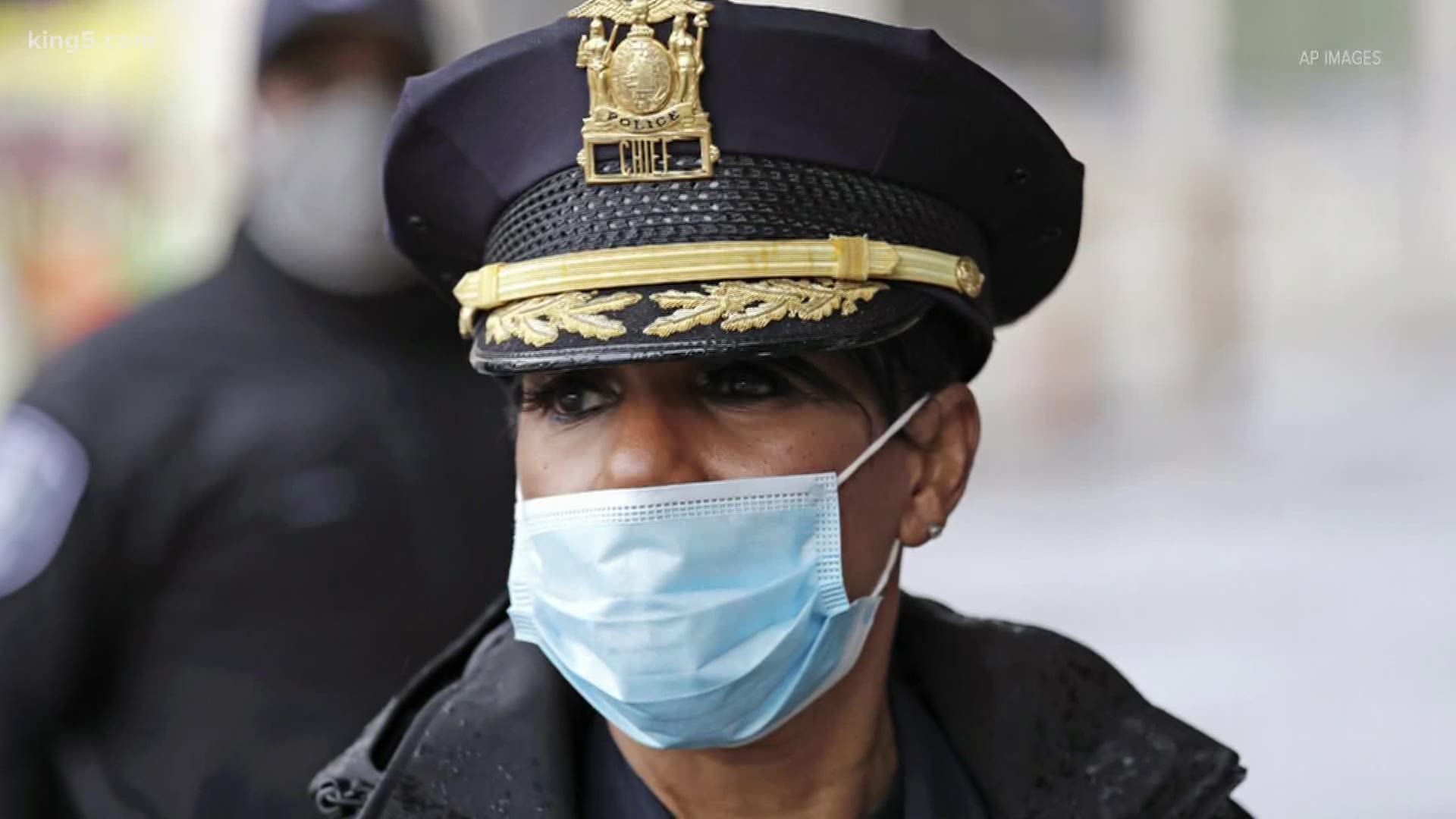 SEATTLE — Wednesday is Carmen Best’s last day as chief of the Seattle Police Department (SPD) after announcing last month she would retire.

During an exclusive interview with KING 5 Wednesday morning, Best said she believes her decision to step down is ultimately helping SPD.

“People are paying attention now, they are laser-focused on what is happening in public safety in the city, they are rising up and trying to make sure they hold [Seattle City Council] accountable for the decisions they are making,” said Best. “The discussion has increased and intensified, and it was really important. And there may be a possibility that we may not have to lay off as many people here. So, for that reason, I think it was a good thing.”

Stepping down as chief was “necessary to do to shake it up, so to speak," she continued.

Best was with SPD for 28 years and was the first Black police chief in Seattle's history. She took on the role of chief on Aug. 13, 2018.

In August, she announced she would retire from the job just hours after the Seattle City Council voted to cut spending to the police department.

"This is not about money, and it certainly isn't about the demonstrators. Believe me, I have a lot thicker skin than that," Best said at the time. "It really is about the overarching lack of respect for the officers."

Best said she was not included in any Seattle City Council discussions regarding budget cuts and program changes within SPD.

She has also been dealing with issues regarding police use of force during protests in Seattle and navigating the federal consent decree, in addition to a mass shooting downtown, a series of demonstrations following the death of George Floyd, and the occupied protest zone in Capitol Hill that became known as "CHAZ" and then "CHOP."

In August, protesters marched to Best’s home in Snohomish County, creating tension with neighbors. The chief criticized the City Council for refusing to denounce the actions of the demonstrators.

Ultimately, Best said she does not feel let down. Everything she faced she sees as challenges and opportunities.

She said her decision to step aside gives the department a chance to get some "fresh eyes" on the issues and move things forward.

Deputy Chief Adrian Diaz will be appointed as the interim chief of police effective Sept. 3. The interim position does not require council confirmation.

Best said she knows Diaz well, both personally and professionally, and worked with him for over a decade.

“I know for a fact this was one of my great, I think, achievements, is that I was able to make sure we had the right people in place to do succession training to make sure everyone was ready so that when I walked out of the door it would be a transition that would be very smooth,” said Best. “I’m excited for it.”

So, what is next for Best? While she said she would miss being a police officer, Best said she will take “a month or so off" to reflect on her career and to spend time with family.