Bulk of Seattle's soda tax being passed on to the consumer, study finds

On average, a bulk of the tax on sugary beverages is being passed on to Seattle consumers, according to the latest report. 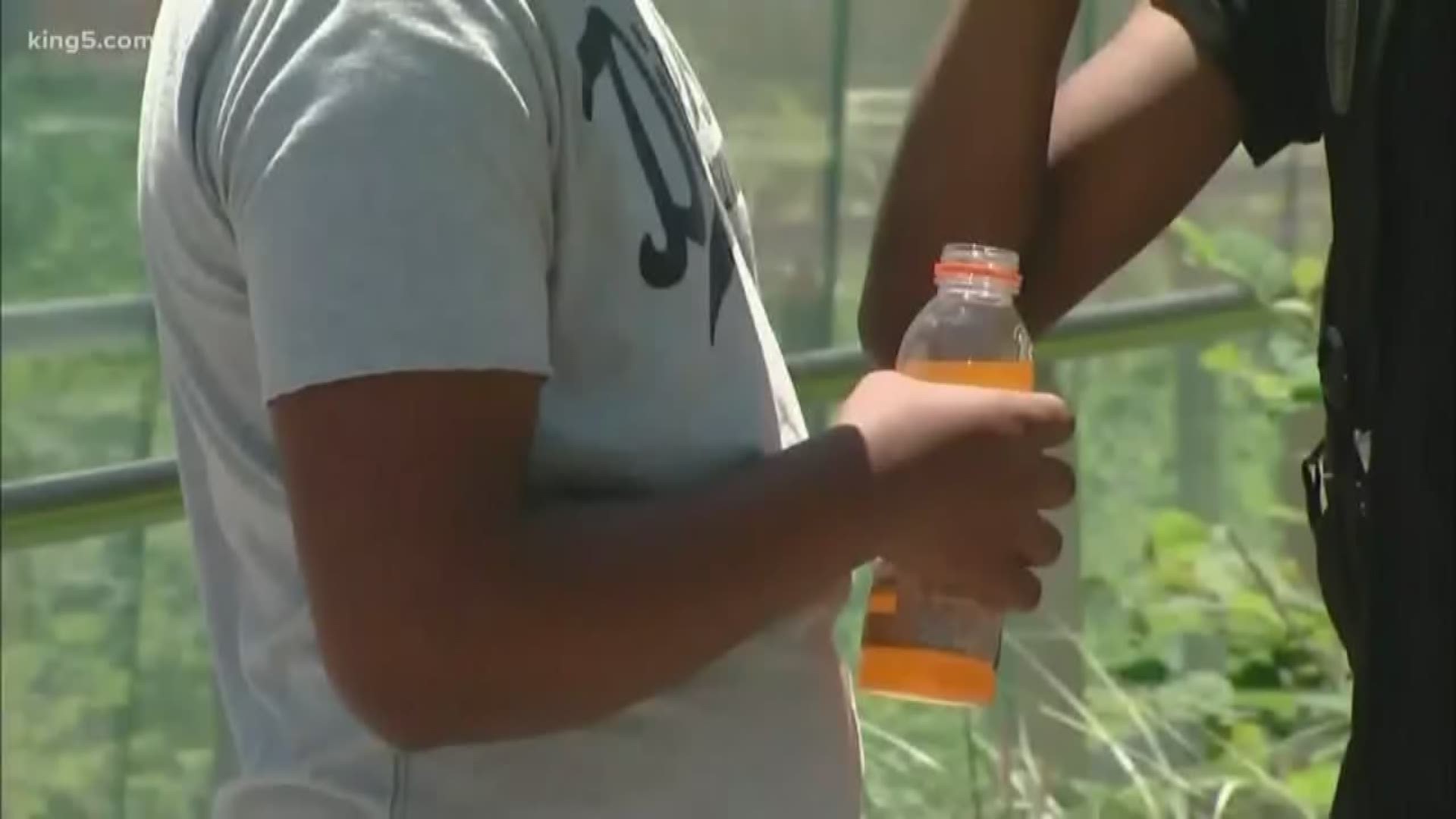 On average, 97 percent of Seattle's tax on sweetened beverages is being passed on to the consumer, according to a new report.

The price of beverages subject to the tax in the city increased an average of 1.70 cents per ounce, over and above increases seen in a comparison area. The tax is 1.75 cents per ounce.

"In Seattle, all beverages subject to the tax increased significantly in price, with the exception of the caloric flavor-syrup add-on at coffee shops," the report states.

Price increases differ depending on the type of sugary beverage. For instance, 62 percent of the tax is being passed on to the consumer of bottled coffee beverages, 63 percent for sweetened juice drinks, and 84 percent for bottled sweetened tea and sports beverages. Soda, however, is seeing a pass-through rate of the tax of 102 percent.

It also depends on where consumers are purchasing the beverages. Supermarkets and superstores are seeing an average pass-through rate of the tax of 86 percent, while the pass-through rate increased by more than 100 percent at grocery stores, drug stores, and smaller stores in general. According to the report, the price of taxed beverages increased by 1.82 cents per ounce in grocery stores, for example. Smaller stores also increased the price of some non-taxed beverages as well, though bottled water did not see an increase, nor did milk.

The report is an analysis of the first six months that the soda tax was implemented. The Seattle City Council passed the tax on June 2, 2017. It went into effect Jan. 1, 2018.

Nearly $17 million was collected from the soda tax within the first nine months. It was estimated it would raise approximately $15 million in its first year.

A separate study of the impact of the tax on beverage consumption is currently underway.