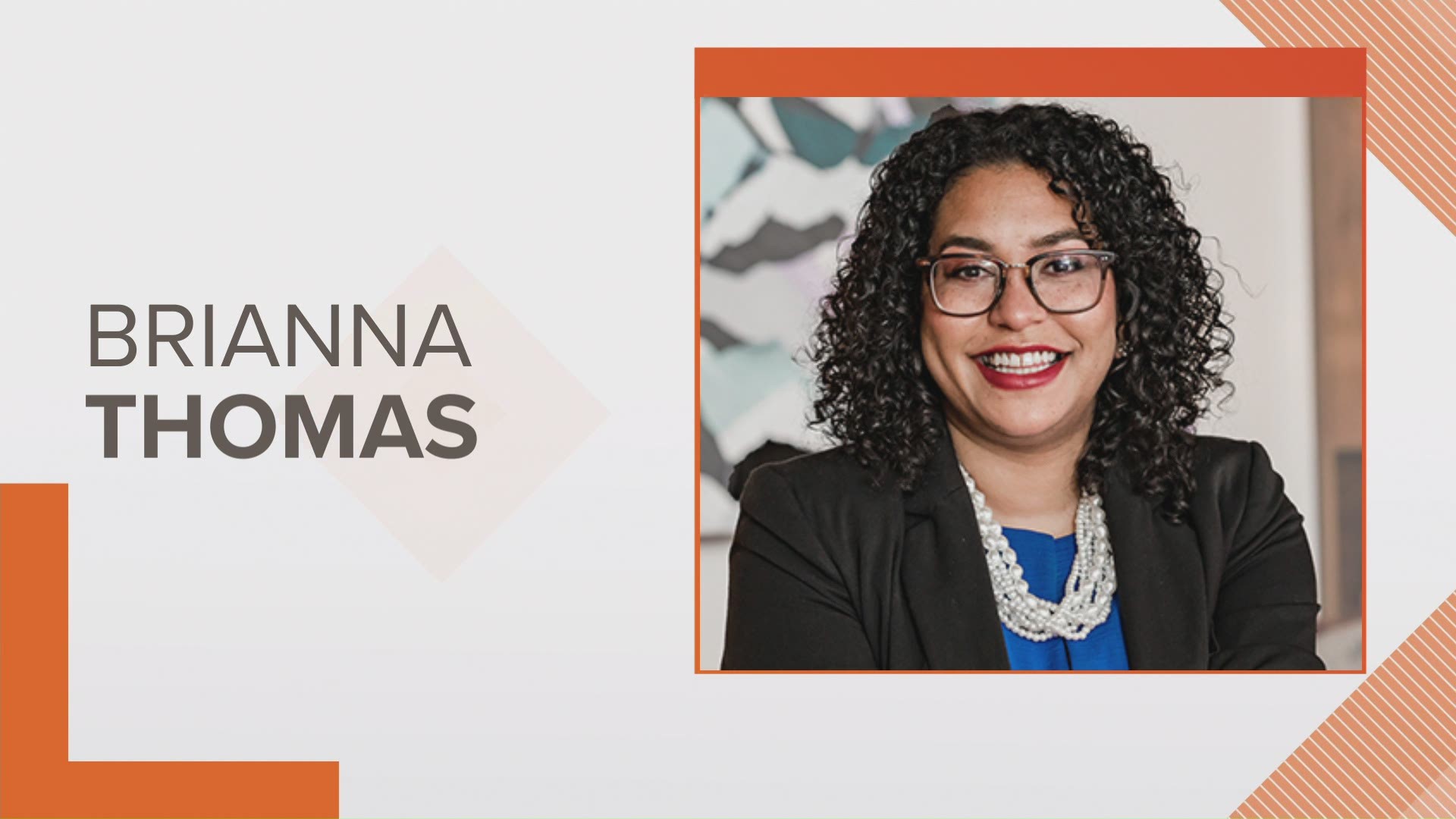 The chief of staff for Seattle City Council President Lorena Gonzalez announced Thursday that she will seek the position, which is being vacated because Gonzalez is running for mayor.

"Looking around with the challenges that our cities facing that our communities are facing, I saw an opportunity to step in and to serve and to lead," Thomas said during an interview with KING 5.

She also proudly said she once served as a bouncer at the Showbox, an experience that helps when having to throw around political elbows.

Thomas, who is African American, specifically decided to make the announcement during Black History Month, saying in a press release that she is "intimately aware of the unique impact BIPOC Seattleites have on the city, and the issues that disproportionately affect them."

It is her second attempt to run for the council. She was unsuccessful in 2015, but said now, "I think in 2015, I was full of enthusiasm, which I still am. But coming from a place of advocacy, I was one of those folks telling my elected officials what I wanted to see.

"Now I'm someone who knows how to get it done. I know how a bill becomes a law. I know how to work with stakeholders and collaborate and I know where some of the pitfalls and shortcomings are inside of the democratic process and how to navigate those."

Thomas immediately becomes the perceived front runner for the position, likely to generate significant labor endorsements and support from groups advocating for social justice. No candidate has raised any money for the position, though Fremont Brewing co-founder Sara Nelson made a splash earlier this month and is expected to draw small business support. Five others have filed paperwork with the city for fundraising purposes.

King County Labor Council Executive Secretary Nicole Grant was considering a run for the office, but appears to be backing away from a campaign, according to multiple sources with knowledge of her plans.

Thomas, who has been a housing advocate, knows that homelessness is on a lot of voter minds.

"This is not just a Seattle problem," she said. "This is a human rights catastrophe that we need to get on the ground as quickly as possible with a regional approach to actually do the work. It has been a little disappointing that some of our partners in that work haven't been able to stay the course. But I think that we have to remember that as painful as it is to see folks in camps in parks. It's even more painful for them to live that way."

As far as the city's economic recovery, she said the city should invest in small businesses, but not necessarily at the expense of, say, the police department that has been under a financial microscope.

"I think limiting it to the police department limits our creativity to solve this problem," she said. "You know, I am unabashedly a supporter of progressive revenue sources. And I think that the conversation around policing has gotten a little myopic. We do need to take an analysis and a deep dive into what tasks we are giving the Seattle Police Department and whether or not those tasks are appropriate for good and bad responses. And then we need to invest the money that we have in community-based solutions that are sustainable because we can't set the community up to fail with inconsistent revenue streams that we can't rely on moving forward."

Thomas also knows that there is an "anti-council" sentiment around the city, given the struggles related to the pandemic, and some of the decision-making. Her campaign could serve as a referendum on staying the course.

"I would ask the folks of Seattle to remember that the council is and government is a team sport," she said. "You know, this is something we've all got to do together," adding, "I do believe that the Seattle City Council has pulled together and done an admirable job in the face of truly unprecedented crisis."

Candidates don't officially have to file for office until May, though an early declaration is considered advantageous in positioning for endorsements, donations, and democracy vouchers.