Borracchini’s Bakery, which has served up cakes and Italian delicacies for 100 years, is going out of business. 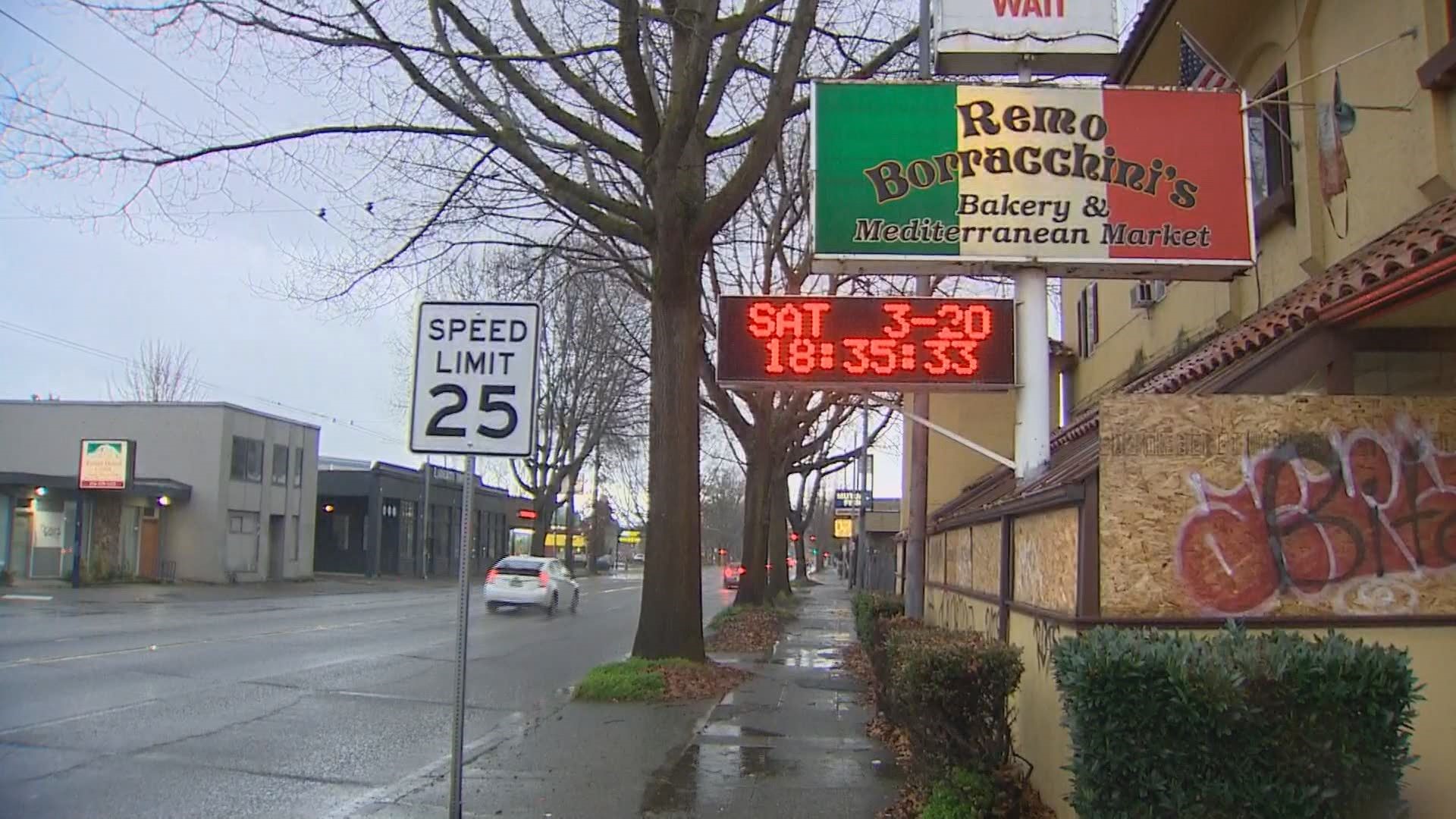 SEATTLE — Seattle is losing another institution as Borracchini’s Bakery announced Saturday it would remain permanently closed due to financial losses from the COVID-19 pandemic.

Months of no gatherings, weddings or parties proved to be too much for the iconic Italian deli, which shut its doors after 100 years in business.

“Needless to say, it was devastating to our business,” the Borracchini family wrote in a Facebook post.

As COVID-19 restrictions tightened and loosened over the last year, the bakery temporarily closed in March and reopened in summer before closing "until further notice" after new restrictions were put in place in November.

The bakery thanked customers and staff, who the Borracchini family said were “like our extended family.”

“You all have given us a lifetime of memories that will never be forgotten,” the Borracchinis wrote. “It has been a privilege to be a part of all of your birthdays, anniversaries and important lifetime celebrations.”

After the bakery announced the closure on Facebook, within four hours more than 1,000 people commented, sharing memories of weddings, birthdays and important milestones supplied by Borracchini's.

The beloved bakery was featured in the children’s book “A Ticket to the Pennant: A Tale of Baseball in Seattle,” by Mark Holtzen, which was set in 1955 in Seattle.

RELATED: Maker of Washington's Aplets & Cotlets to close its doors after 101 years