A group of activists brought together Black business owners for an event called "Bite of Black Business." 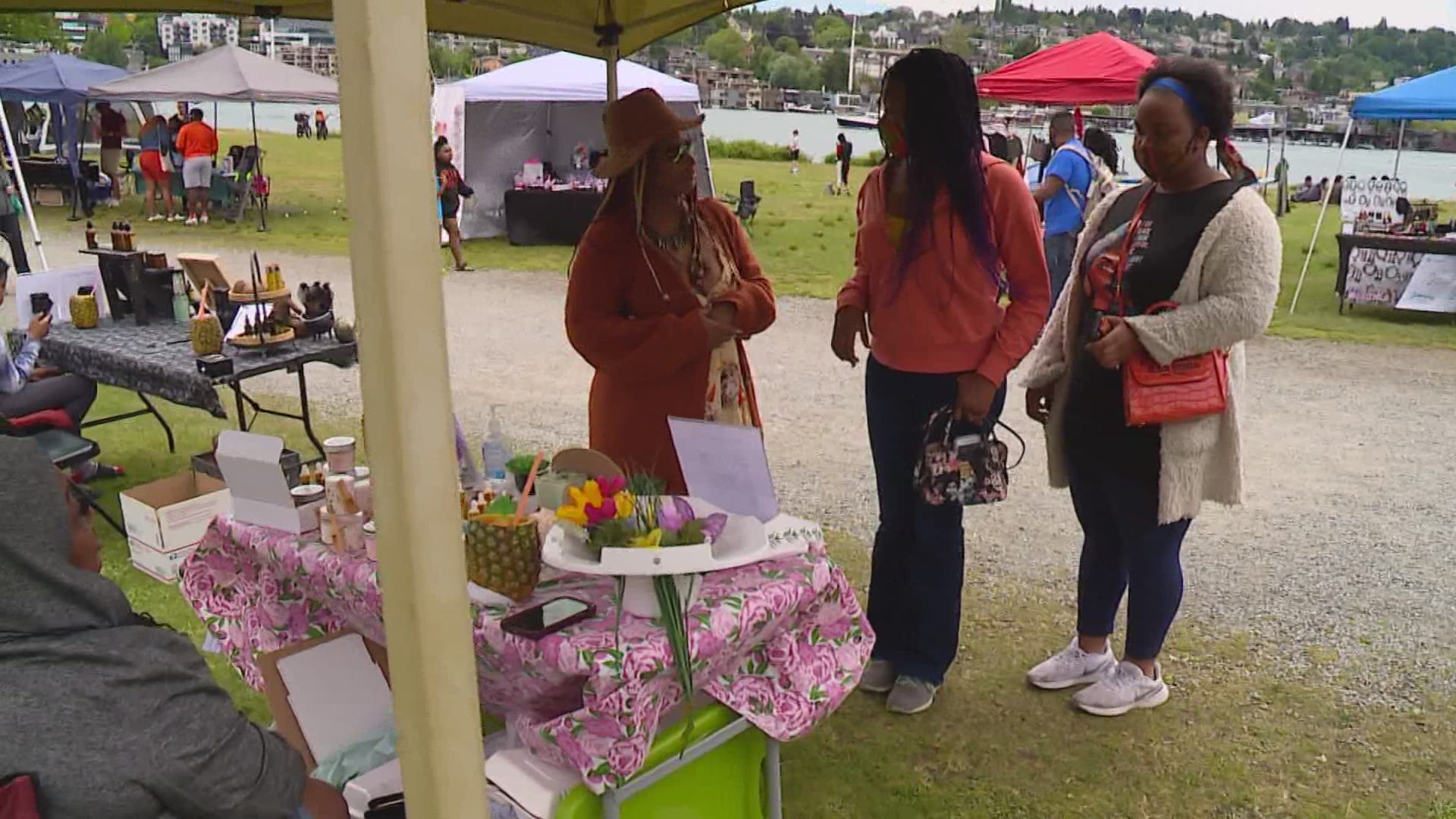 SEATTLE — More than 70 Black-owned businesses set up shop in Seattle’s Gas Works Park on Sunday for an event that organizers hope sends a powerful message.

Cory Le, a community activist from Tacoma, started the event through his group The New Generation 2.0.

“The turnout tells me that ... we’re doing something that is not being done in our community. We’re providing an opportunity to feed their families and have some sort of income coming in every month,” Le said.

For a year Le and his group of activists have brought together Black business owners in Tacoma for one weekend a month for an event called "Bite of Black Business."

RELATED: Black-owned Seattle soul restaurant named one of the best in the world

Sunday at Gas Works was the first time they’ve brought the event to Seattle.

“A lot of these businesses last year I didn’t even know existed at all. And that’s the good thing about it. You don’t know who's out there until you guys come out together,” said vendor and small business owner Nikita Thomas.

Thomas, an army veteran turned skincare line creator, was the first vendor on board over a year ago.

On Sunday in Seattle, she joined more than 70 Black business owners from across western Washington.

“I feel like the meaning for me is to be heard. A lot of Black businesses and a lot of the Black community is not really heard especially in times like this where we have the injustices of our people,” Thomas said.