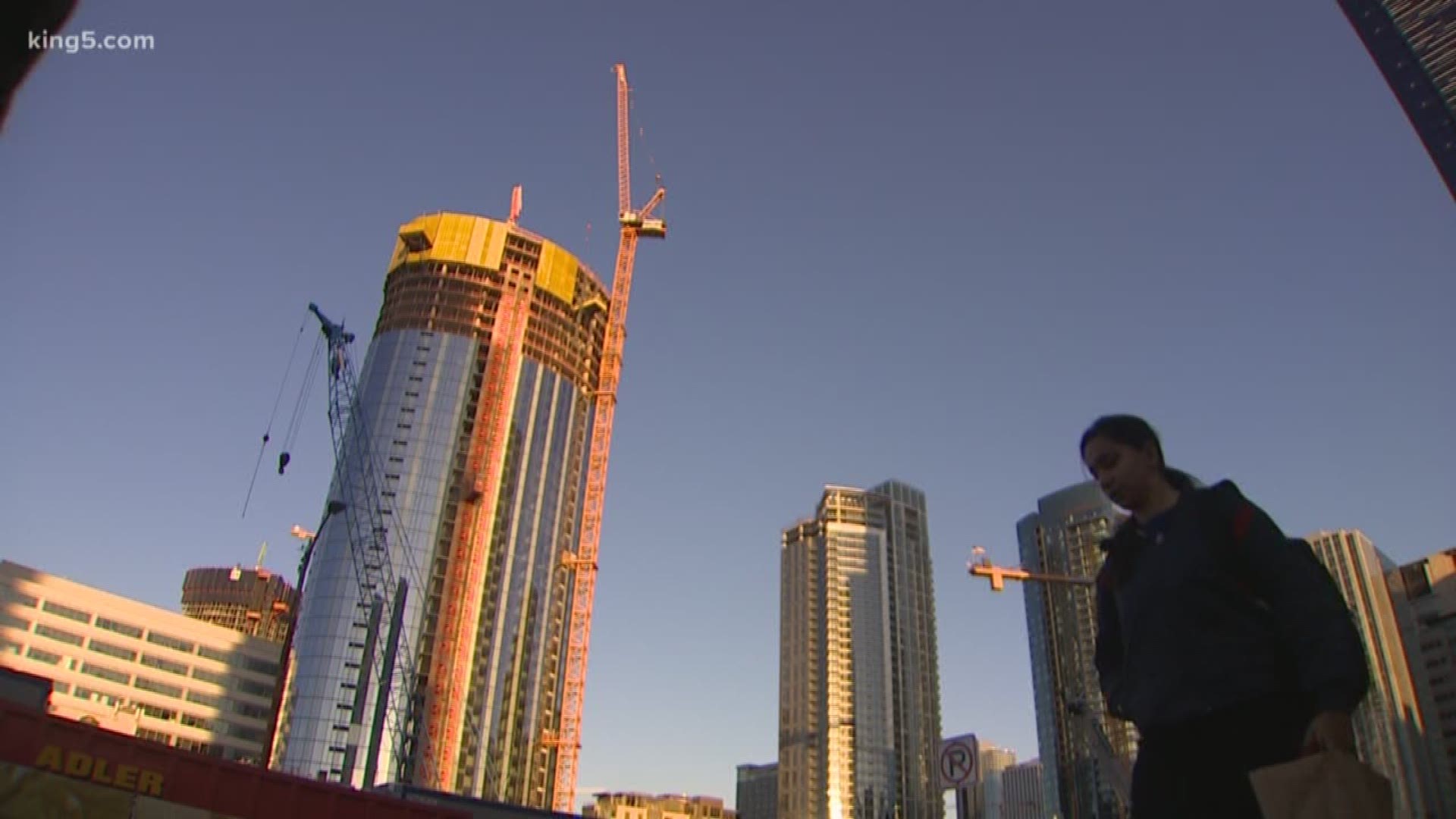 Over 100 business leaders from Seattle-area companies, including Alaska Airlines, Expedia, and Tableau, warned the Seattle City Council in a letter Tuesday that the proposed employee head tax was a “misguided” plan.

The letter comes as the council's Finance and Neighborhoods Committee is set to meet about it Wednesday morning with protests expected. That will be preceded by a rally led by councilmember Kshama Sawant, a lead proponent of the tax.

This carpenters union representative has a stack of a 100 signs expressing opposition to the #Seattle #headtax proposal.

The letter was penned by investors and CEOs from businesses ranging from small startups to major corporations, some of which would not be immediately impacted under the proposed business tax.

“We oppose this approach, because of the message it sends to every business: if you are investing in growth, if you create too many jobs in Seattle, you will be punished,” the letter read. “Sending this message to entrepreneurs, investors, and job creators will cause far greater damage to Seattle’s growth prospects than the direct impact on the businesses being taxed.”

WATCH: What is the Seattle head tax and how does it work?

Heather Redman, Co-Founder and Managing Director of Flying Fish Partners, signed the letter because she is concerned the proposed head tax will cause businesses to go elsewhere.

"I fund a lot of startups, and I've been worried that if we enact something like this head tax, we will lose that new job creation engine that we've had, and has been a great thing for the city for the last few years," said Redman. "The next company that we want to start here may not start here. They may say Seattle is too expensive, Seattle is not business friendly."

Mariners owner John Stanton, who is the chairman at Trilogy Partners, was another notable signee.

The city council says the head tax will mainly apply to businesses making over $20 million per year – about three percent in Seattle. Those businesses would pay 26 cents per hour, per employee working in the city. Seventy-five percent of the $75 million raised would go toward building affordable housing, with most of the remaining funds aimed at helping the homeless.

Leaders said in the letter that the head tax was not a solution or a strategic plan to address growth, but would instead punish companies for creating jobs.

“This is like telling a classroom that the students who do the most homework will be singled out for detention,” the business leaders wrote.

The companies urged the city council to work with the business community to design “a plan that works for all groups.”

The Seattle City Council will hold two more public meetings on the head tax Wednesday and Friday in the council’s Finance and Neighborhoods Committee.

If council members vote the legislation out of committee by Friday, the full council is set to vote on the tax Monday.