Beginning Monday, getting around downtown will be a little bit better for bus riders, but more challenging for drivers. 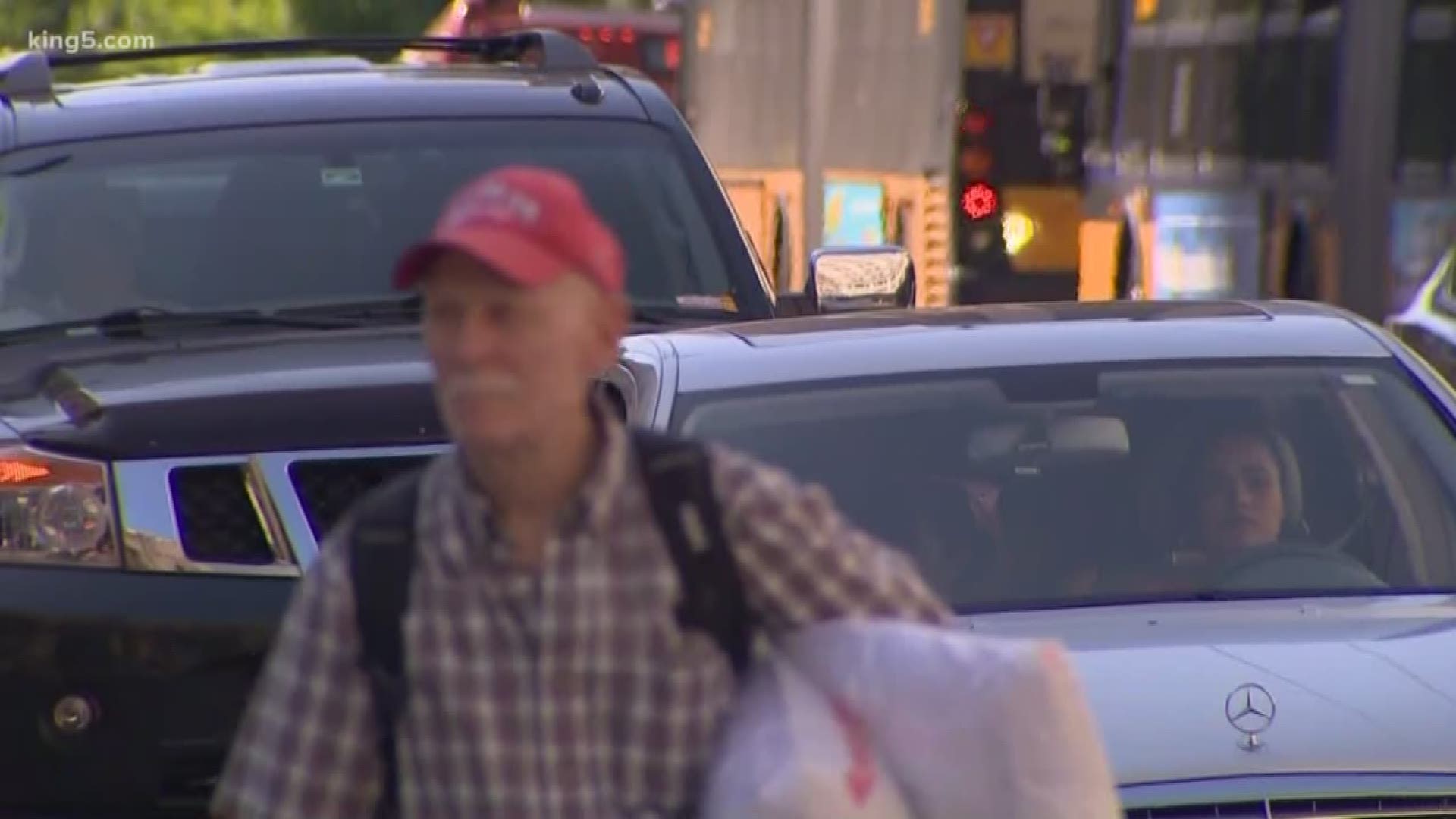 Editor's note: The video report says 3rd Avenue changes will begin in September. Since the original report, SDOT moved the start date up to August 20.

The daily routine of traffic dragging through downtown Seattle could soon get a little bit better for bus riders, but it will mean a detour for drivers.

Starting Monday, cars will not be allowed on 3rd Avenue, from Stewart Street to just south of Yesler Way, during the hours of 6 a.m. and 7 p.m. every day.

Bill Bryant with King County Metro says on average the buses rolling up and down 3rd Avenue pick up and drop off 100,000 people each weekday.

"During rush hour, we are looking at well over 200 buses in a single hour," said Bryant.

There were already restrictions on the route before Monday’s change. Cars were not allowed on 3rd Avenue between 6 a.m. – 9 a.m. and 3 p.m. – 6:30 p.m. The expanded 6 a.m. to 7 p.m. hours were originally scheduled to begin in September, but SDOT moved the start date up to August 20.

"I think it is a good idea. Whenever cars are driving down here with the buses, it is always a mess," said one commuter.

The plan to fast-track transit is frustrating to some.

"I don't have a choice," said a cab driver, who added that he will lose money because it will take longer to reach his customers.

The city wants to make sure there's no confusion about what's coming soon.

"I'm hoping that we can get people aware of this ahead of time and people won't be surprised," said Bryant.

Learn more about the changes coming to 3rd Avenue.