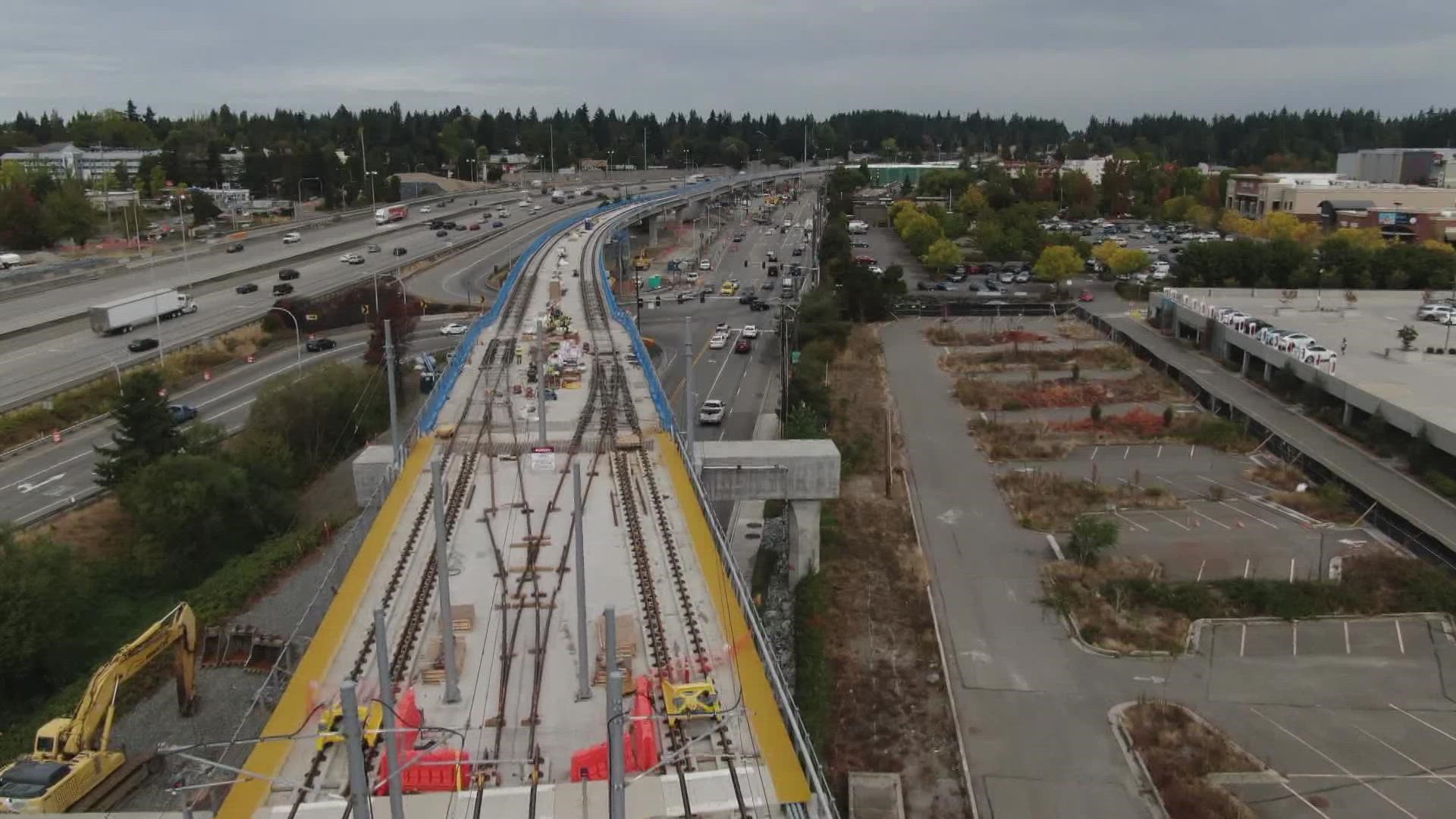 SEATTLE — Crews with Sound Transit are putting the finishing touches on three new link light rail stations in Seattle. When the stations open on Saturday, Oct. 2, it will be the first time in five years that Sound Transit has added a new station.

Planning for the Northgate Link Extension Project started in 2006. Voters in King County approved the project in 2008 and construction on the 4.3 mile extension began in 2012.

Sound Transit says their baseline budget for the project is $1.9 billion. However, officials believe the project will be under budget at completion.

“In just ten days, we will take the first of many leaps forward in the coming years,” said Sound Transit CEO Peter Rogoff. “We’re right now poised to triple, nearly triple, the size of the light rail network in just the next three years.”

The growth begins with the opening of three link light rail stations in October. One is located in Seattle near Roosevelt High School, another in Seattle’s University District and the third in Northgate near the new Kraken Community Iceplex.

King County Executive Dow Constantine says this project benefits anyone who commutes along I-5 in Seattle.

“Northgate is really the first place where auto-commuters will be able to make a choice to avoid the traffic of the Ship Canal Bridge; avoid the slug into downtown and move to a perfectly reliable, quick transit option,” Constantine said.

Sound Transit plans to extend the light rail line even further in the coming years.

Next year, light rail will extend into Tacoma’s Hilltop neighborhood. In 2023, stations will open in Bellevue and Redmond. In 2024, light rail will reach Federal Way, Lynnwood and downtown Redmond.