The president of Seattle's NAACP and a retired SPD detective watched KING 5's interviews with the chief candidates and shared what they think. 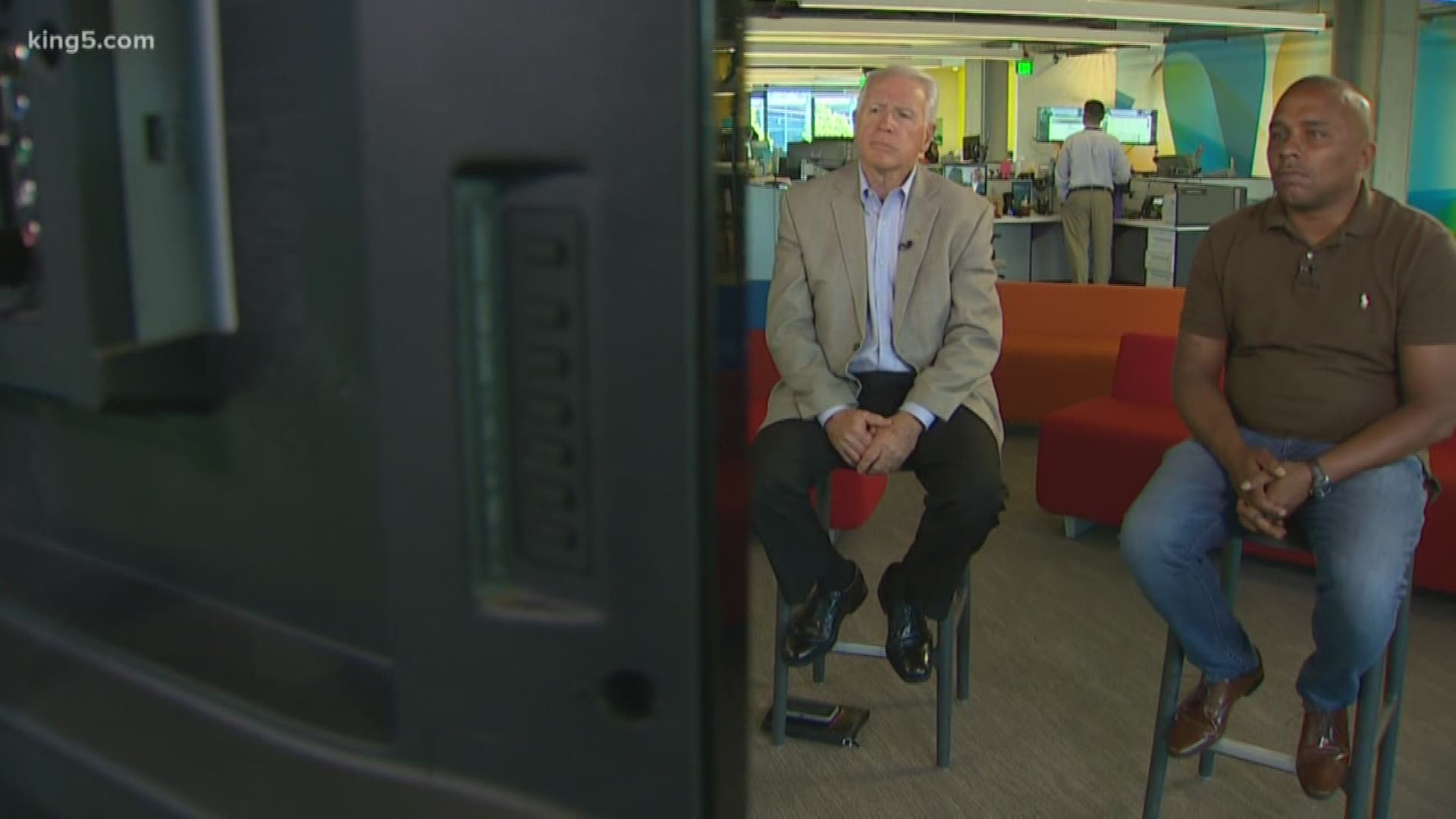 Two viewers brought two very different perspectives when they watched KING 5's interviews with Seattle's police chief candidate. But both agreed one candidate outperformed the others.

After the public whiplash of not making the final list and now rumored to be the frontrunner, why would Interim Chief Carmen Best still want the job?

Both men believe she handled the question with class.

"I didn't see any remorse or disgust, or 'Well now I'm back in it,'" Carner said. "No, I think she's being honest and forthright, and I think the cops and community that's what they're looking for."

They noticed Inspector Eddie Frizell of Minneapolis repeatedly emphasized the police force should reflect the community it serves.

"Bring us your best and your brightest," Frizell said during the interview.

Both of our viewers thought Frizell was engaging, but referenced his military background a bit too often.

"My guess he runs a very tight ship. He's very straight too," said Carner. "If I look at his bed, you can probably bounce a quarter off it. And that's not all bad."

"He felt more like an Army recruiting sergeant than a police chief," said Hankerson.

Hankerson liked how Assistant Chief Ely Reyes of Austin addressed improving morale and too much outside oversight.

"When he said everything doesn't have to go through internal affairs, that supervisors can be more accountable holding officers accountable, that was a great idea," said Hankerson.

But then Reyes made a comment about racial equity.

"I refuse to believe that in this city, where we have the majority of white folks, that black folks call the police the most," Hankerson said.

"I didn't see one smile in the interview," said Carner. "Not a big deal, but it tells me he's not going to be as warm and engaging as this community will ask for and deserves."

Out of the three candidates, both men said the authenticity and personal engagement of one candidate pushed her past the others.

They said the best performance came from Interim Chief Best.