One hospitalized after Ballard apartment fire

Firefighters were called to the scene in the 2400 block of NW 57th Street just before 5 p.m. on Sunday. 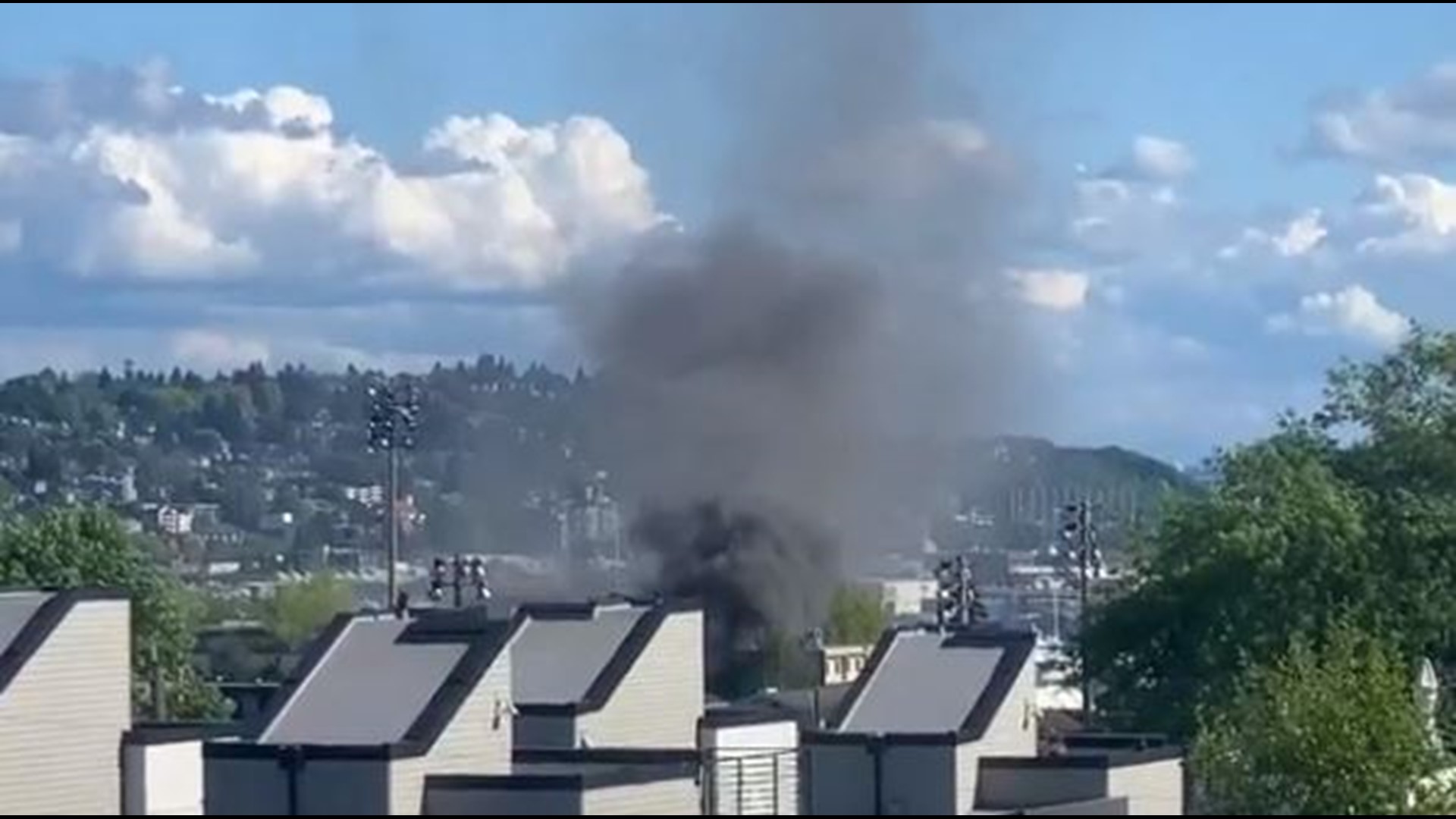 SEATTLE — One man was hospitalized Sunday afternoon after an apartment fire in Seattle's Ballard neighborhood.

The fire occurred on the first floor of a seven-story apartment building in the 2400 block of NW 57th Street.

The fire was "quickly knocked down," according to Seattle Fire.

An "elderly" male was taken to the hospital in stable condition, according to Seattle Fire. Preliminary reports indicated two people were injured.

Two people from an adjacent apartment unit were displaced. Red Cross was made aware of the incident.

The fire was contained to one unit.