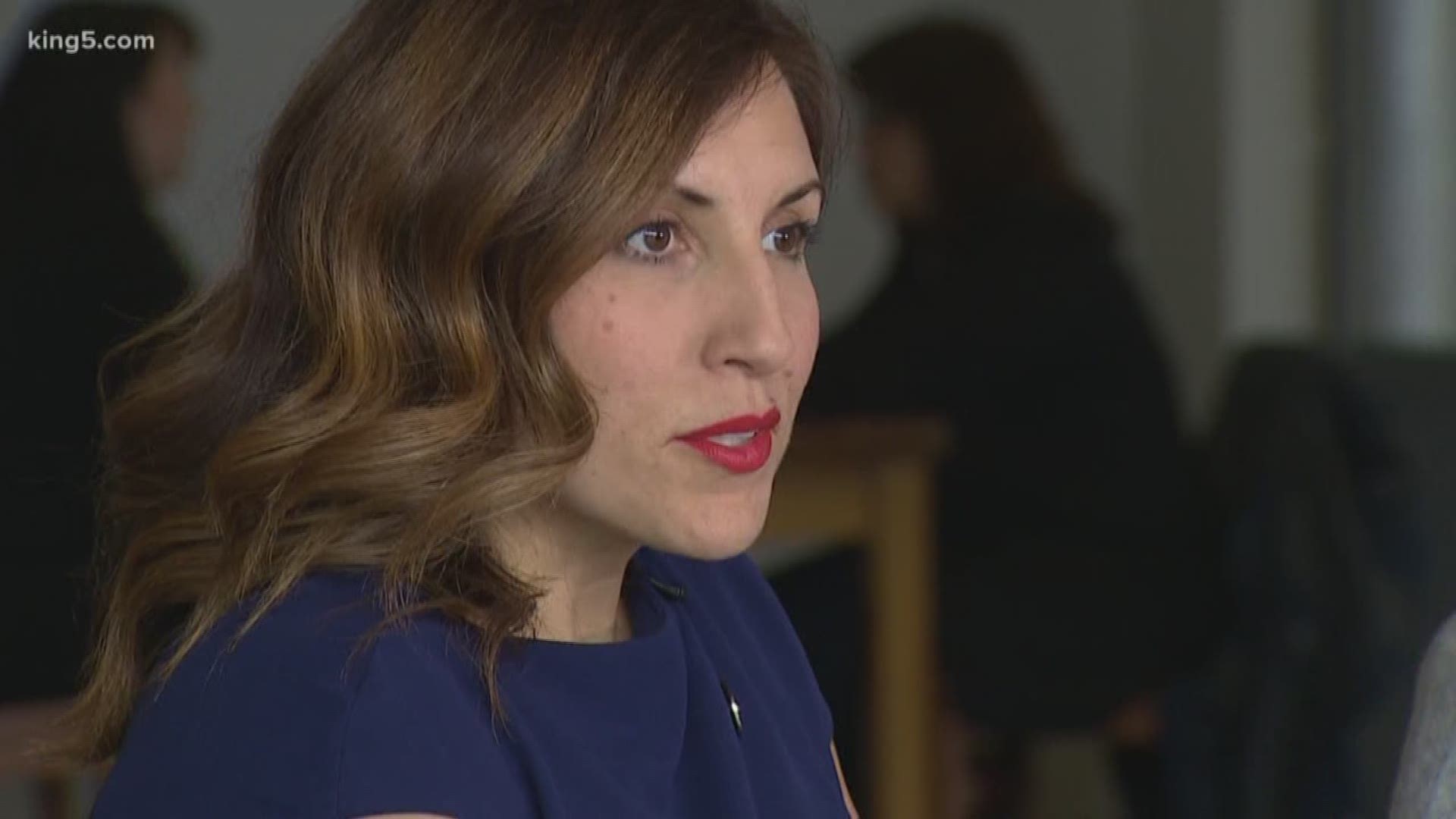 “This fall we’re going to be able to welcome our first child, a daughter,” Mosqueda said Tuesday.

Mosqueda, who is married to Associated Press photographer Manuel Valdes, is believed to be the first pregnant Seattle council member in known history.

Mosqueda is due in October and said she looks forward to continuing to serve during her pregnancy like other elected leaders, including New Zealand Prime Minister Jacinda Ardern, Rep. Tammy Duckworth, and former state Rep. Jessyn Farrell.

“I'm very excited to follow in their footsteps and show us as an example to others that it is possible to govern and start a family,” Mosqueda said.

She also believes her pregnancy gives strength to an argument she and others started years ago about creating a child care facility at Seattle City Hall.

The City of Seattle currently does not offer child care to employees. According to a recent study, the average cost of child care in Seattle is close to $1,700 per month.

“People will stay and want to be good employees, especially when their youngsters are close,” said Councilmember Sally Bagshaw. “So what I’m advocating for is that we open up some space in city hall.”

Bagshaw and Mosqueda were part of a group touring an open spot on the first floor of city hall Tuesday.

“We believe there is space," she said.

Bagshaw pointed to other private companies which provide onsite child care to employees, and to the facility attached to the King County administration building. Mosqueda cited moves in Washington, D.C., as a way that government is trying to attack the issue of child care affordability.

“One of the recruitment strategies we should be considering is how do we make child care more affordable and accessible?” Mosqueda said.

Neither council member could estimate how much building out the city hall facility would cost, or who of the 10,000 or so employees would be eligible for the service.

However, Mosqueda believes city council and Seattle Mayor Jenny Durkan could work on answering some of those questions by the end of this year.