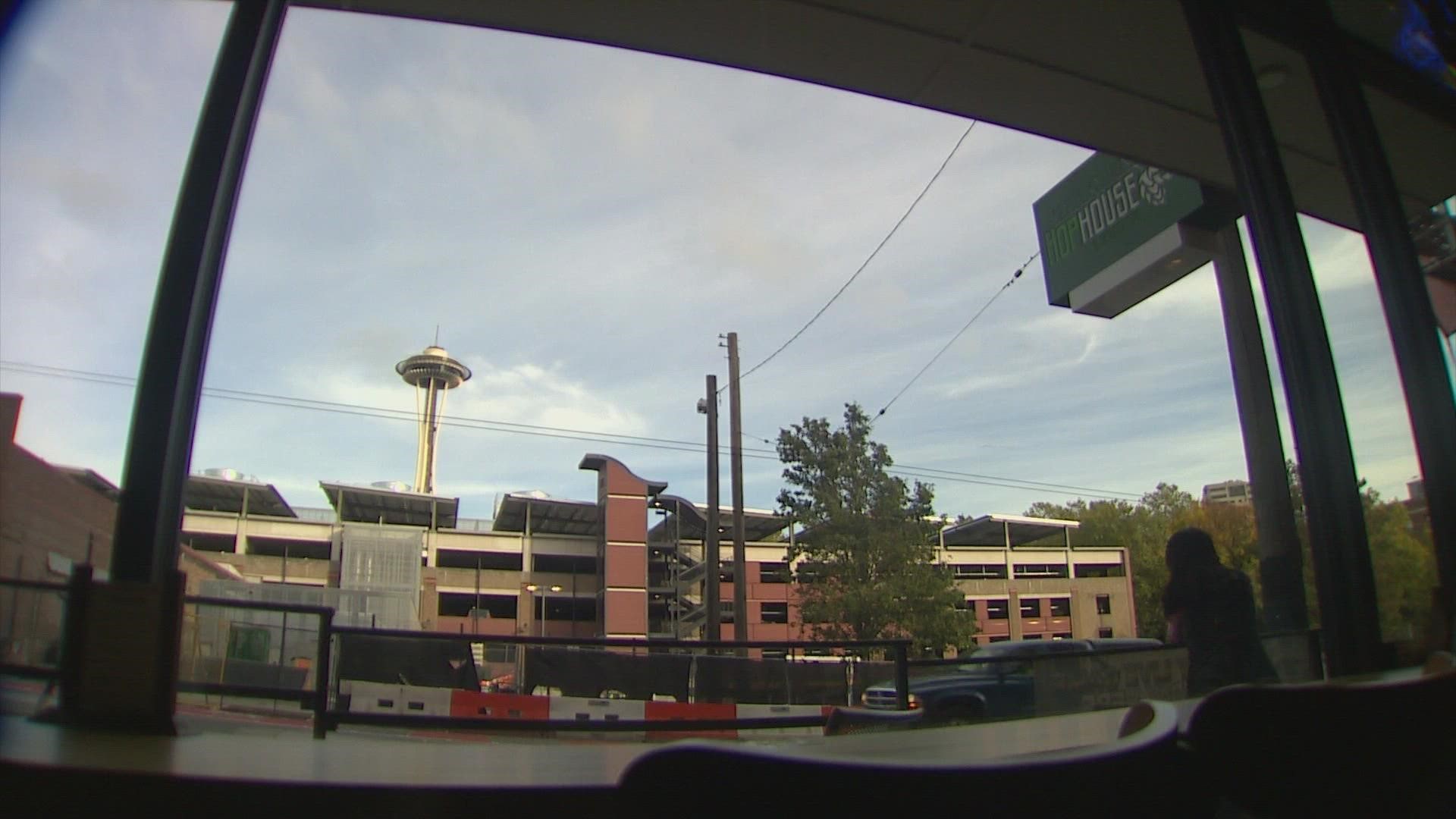 SEATTLE — The Seattle Kraken may have lost Saturday night in a nail biter of a game but their home arena is ready to welcome them with open arms in exactly one week.

This weekend was likely one of the last quiet ones in a long time for Seattle's Uptown neighborhood as businesses and sports fans brace for the arena's debut.

"We're definitely scared. This is new territory for us," said Kirbie Predmore, owner of Uptown Hophouse, which is located across the street from Climate Pledge Arena.

The sports bar opened a month before the KeyArena, as it was formerly called, closed for redevelopment.

"We thought it was going to be two years. That was the initial projection was two years, and they changed it to three," Predmore said.

Predmore also recalled the Sonics years and is hoping for a comeback.

"I also anticipate the Sonics being back in two years. So that will just add 40 to 50 more events a year than what they already have," Predmore said.

Other sports fans said they have faith that the Kraken's presence at the newly remodeled sports arena will awaken an interest in bringing the NBA team back to Seattle.

The city of Seattle has prepared for an increase in traffic and thousands of potential visitors descending in the Uptown and Lower Queen Anne neighborhoods again.

"Parking might be tough but a small price to pay," Thompson said.