Video shared on social media and with KING 5 shows a large group of people in the University District flipping and destroying a car during a street racing event. 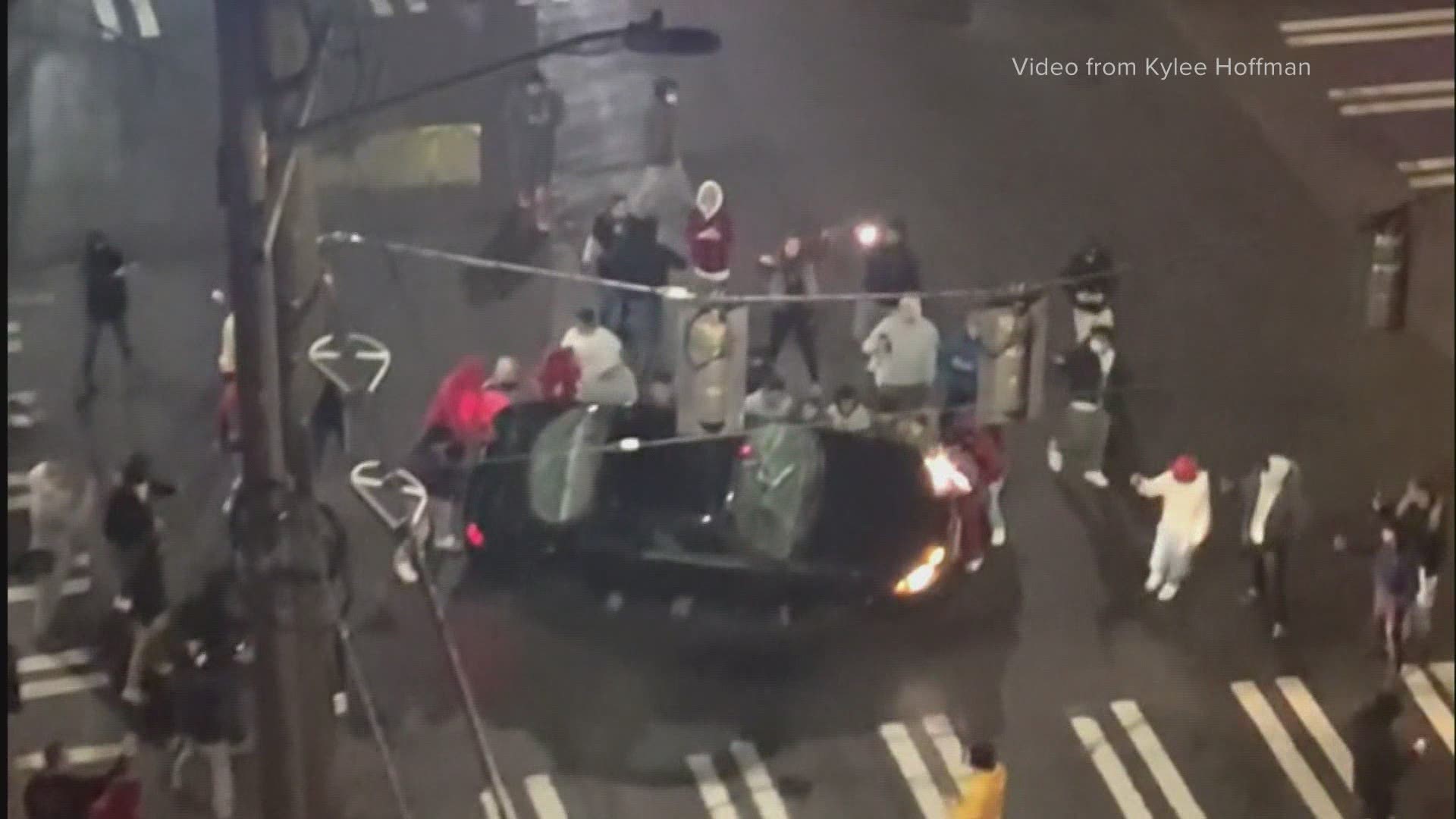 SEATTLE — A large crowd in Seattle's University District neighborhood destroyed a car in the middle of an intersection Friday during a street racing event.

Witnesses told police there were as many as 50 cars and 200 people present.

Video of the incident shows the crowd flipping over one of the cars and then setting off fireworks. It's unclear why the group went after the car, but by the time they were done, it was completely trashed. The driver was able to get out before the car was flipped over, according to witnesses.

The vehicle was abandoned at the intersection of NE 47th Street and 11th Avenue NE.

When officers responded, everyone dispersed and no one was arrested, according to Seattle police. The vehicle was impounded and its owner has not been found.