The first phase of work to fill in the Battery Street Tunnel is mostly complete, according to WSDOT. 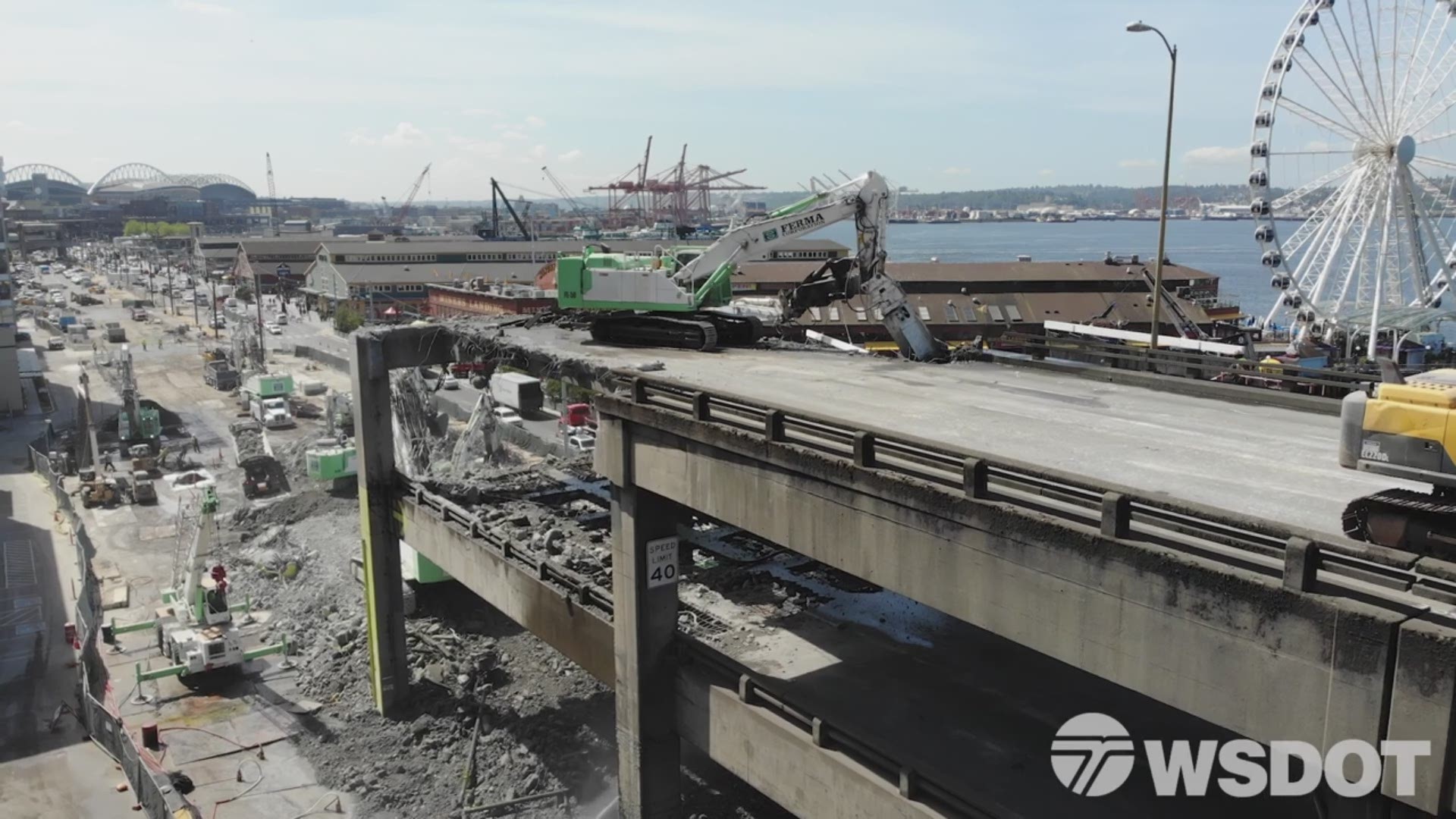 SEATTLE — Work filling in the decommissioned Battery Street Tunnel has reached another milestone.

Crews have, for the most part, completed phase one of the filling-in process and will now focus on installing utilities like sewer and electrical infrastructure, in the tunnel.

Instead of digging into existing streets, crews can layer in vaults, duct banks, and sewer lines before filling in the space around them, according to the Washington State Department of Transportation.

Utility work has been going on for some time and is expected to last several more months.

Phase one of the project, which was mostly completed last week, had workers pouring crushed rubble from the Alaskan Way Viaduct into the Battery Street Tunnel using vents on surface streets. Workers poured and packed the concrete rubble into the tunnel until it was filled about seven feet from the ceiling.

Credit: WSDOT
Contractor crews complete phase one work of filling in the Battery Street Tunnel's northbound lanes in Seattle on July 23, 2019. Phase one work included filling in the tunnel with rubblized concrete to within seven feet of the ceiling.

However, there may need to be additional gravel reinforcement for some of the utilities in the future, according to Newborn.

After the utilities are in place crews will move onto the final stage of the project, which includes pouring low-density cellular concrete into the tunnel from the top. That mixture will fill in gaps at the top of the tunnel.

Meanwhile, crews are also demolishing the southern portion of the viaduct from South King Street to South Dearborn Street, according to a WSDOT tracker. Most of the demolition work on the central waterfront is complete or in the final restoration stage, although there are several sections of the structure near Pike Place Market that haven’t been torn down yet.