The last portion of the viaduct left standing on the central Seattle waterfront began getting torn down Friday. 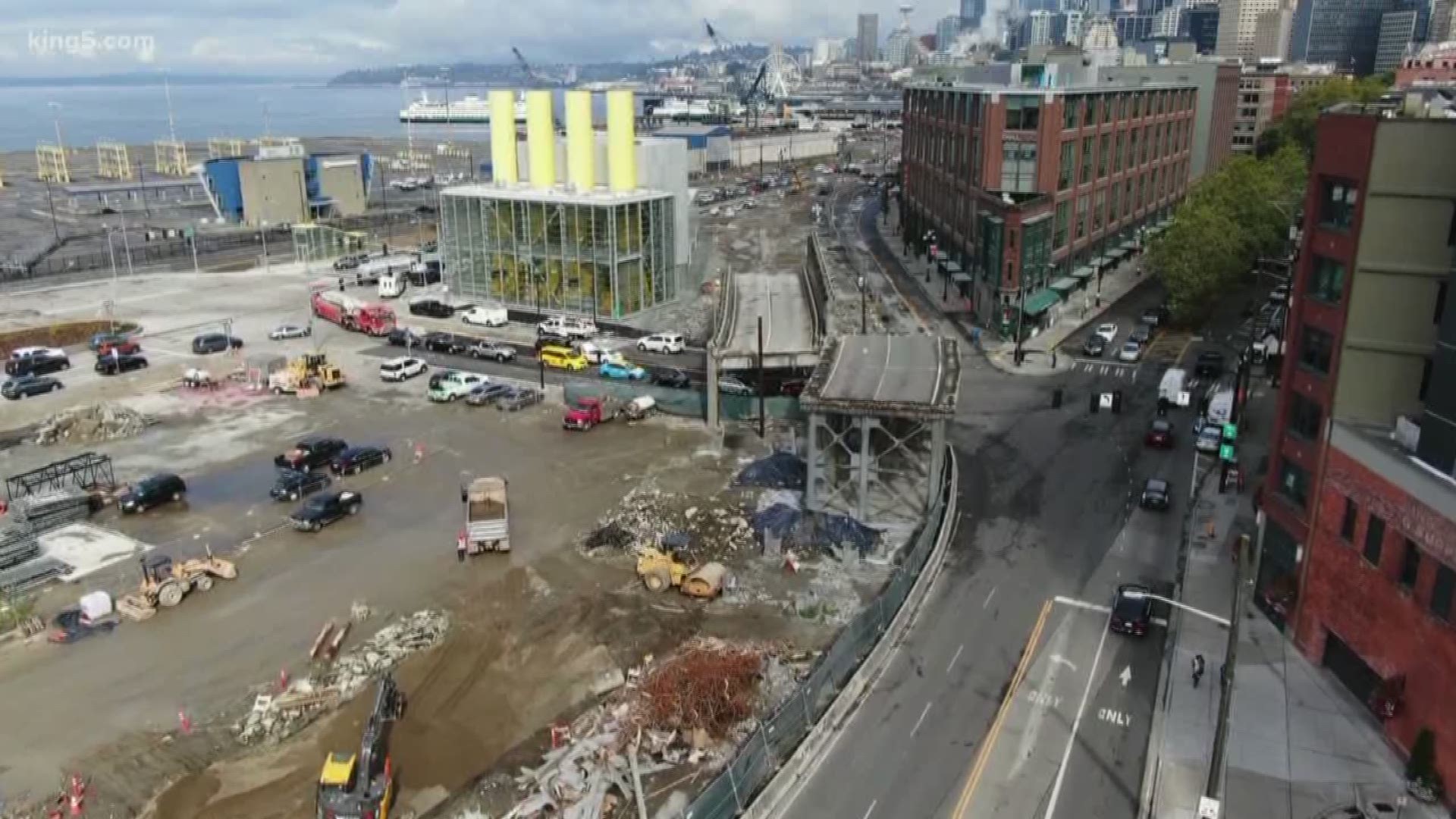 SEATTLE — The Alaskan Way Viaduct is nearly 92% demolished, and in order to finish the work, some roads will be temporarily closed.

On Thursday, S. Dearborn Street at First Avenue South will be closed until Sunday, Sept. 22 so crews can finish demolition efforts.

King County Metro said some bus routes serving West Seattle and Burien will have to be rerouted to accommodate the construction.

Northbound buses will no longer take First Avenue South and instead will take a revised route to Fourth Avenue South starting on the 12th.

Southbound buses began using Second and Fourth Avenues Monday. You can view maps of the reroutes here. Metro said the day-one findings of the reroute were positive with no major delays reported.

The Department of Transportation recommends double-checking bus schedules and giving yourself plenty of travel time during the last bits of construction.

"Typically, we take 30 days to complete any pieces we start, but we worked with our contractor and partners at Metro and the city to expedite that to a 10 day completion, so we'll be done for the Seahawks game on Sunday the 22nd," said Tom Horkan, WSDOT project manager. 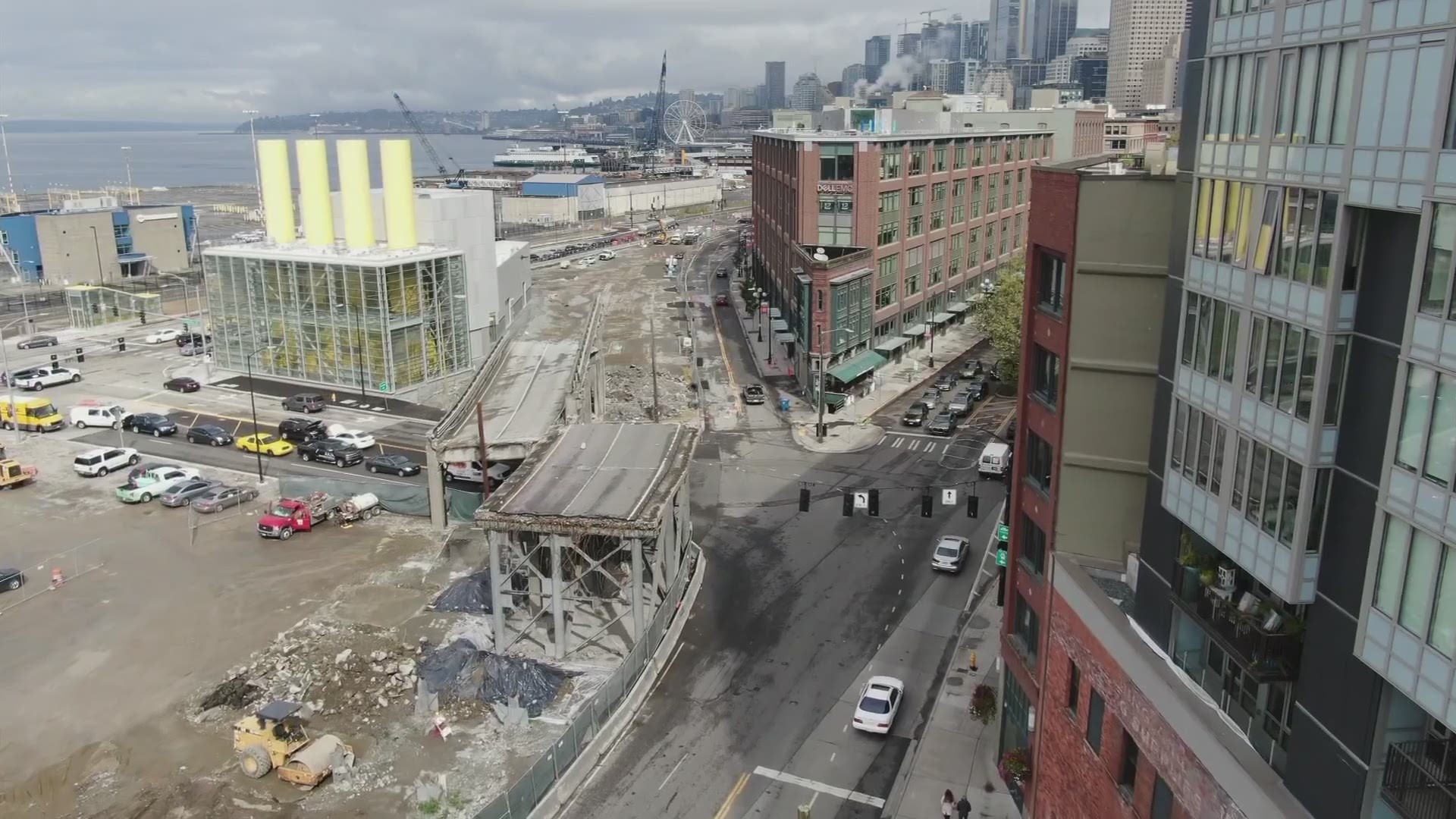 Last week, contractor crews began demolishing the span south of Marion Street, which was one of just six sections that crews hadn't begun demolishing yet, according to a tracker from the Washington State Department of Transportation.

The Marion Street section was originally scheduled to be demolished in March, but the work was delayed. That section, which is adjacent to the Marion Street Pedestrian Bridge, was left intact while the rest of the waterfront section surrounding the span was demolished and cleared of viaduct rubble.

A temporary pedestrian bridge to the terminal is expected to open along with the first section of the new Colman Dock ferry terminal, but until then ferry riders will need to use sidewalks between the terminal and downtown, according to Washington State Ferries. The agency recommends walk-on passengers use Madison Street as the safest and easiest walking route to the terminal from First Avenue.

A state contractor is performing final safety checks and certifications on the new terminal and bridge, which are expected to open “soon,” according to WSDOT spokesperson Dana Warr.

A permanent new pedestrian bridge is expected to open in 2023 as part of the Waterfront Seattle project.

State ferries planned to have a couple of teams on the early morning commute ferries from Bremerton and Bainbridge on Friday to explain changes to riders. Uniformed police will also manage intersections on Alaskan Way to ensure passengers cross safely.