Two months into demolition, about one-third of the Seattle viaduct is gone. 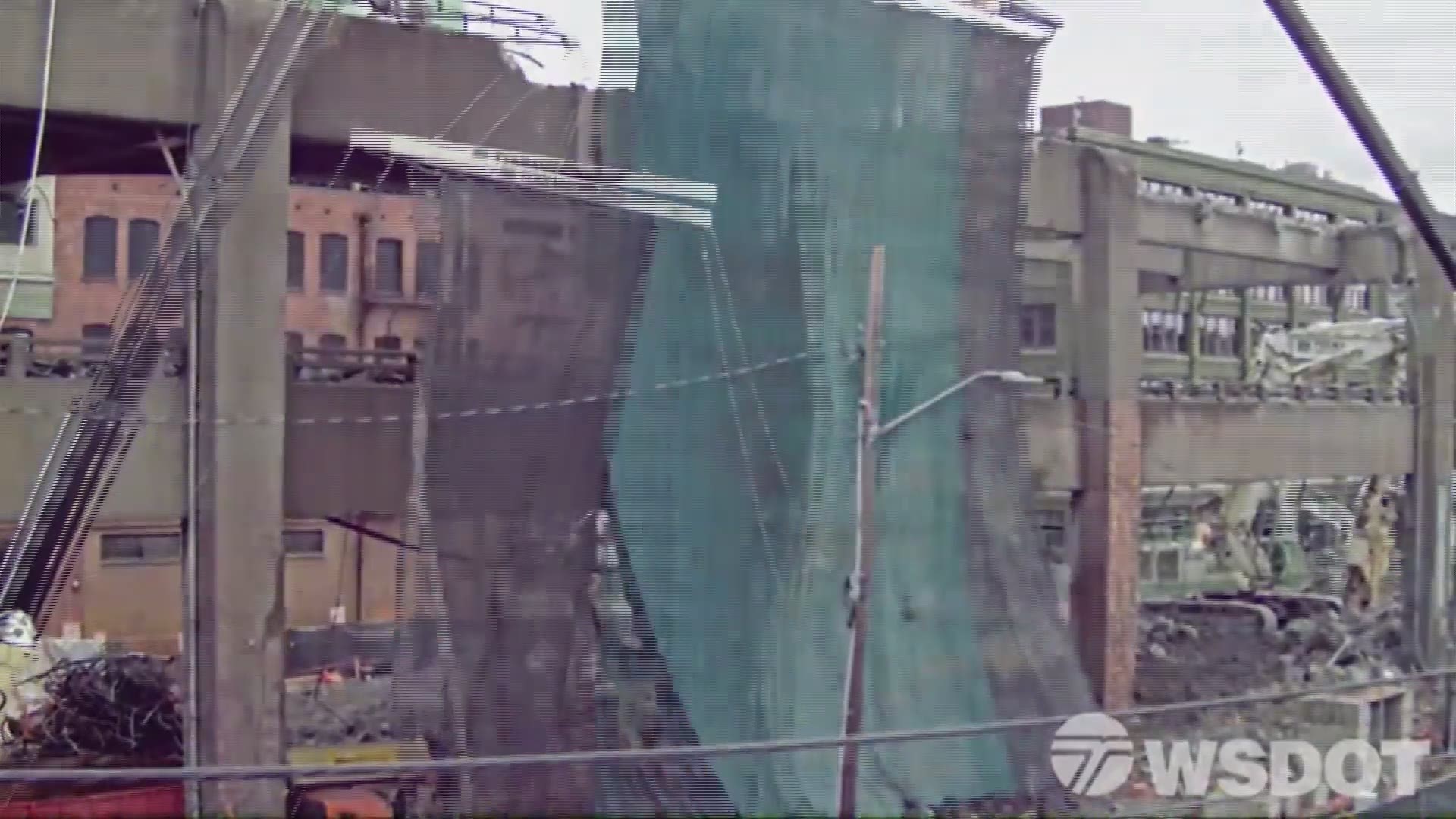 SEATTLE — Over 30 percent of the Alaskan Way Viaduct has been removed.

The Washington State Department of Transportation said Friday that means contractors are still on track to complete demolishing the structure by summer.

A section of the viaduct was left intact next to the pedestrian bridge from Colman Dock until a temporary pedestrian bridge on Western Avenue between Columbia and Marion streets is ready to open. That temporary bridge will stay in place until a permanent bridge is completed on Marion Street in 2022 as part of the Waterfront Seattle project.

During demolition, contractors work in three-span segments, which run the length of a city block. The top deck of the first span is punched in to the roadway below where the rubble will be carted away. Next crews remove the columns to the lower level. Crews repeat the process with the bottom deck, hanging nets around the work site to contain dust and debris.

The rubble is then trucked to Terminal 25 where it’s crunched up and prepared to fill in the Battery Street Tunnel.

It takes about one week to demolish one span of roadway, according to WSDOT. The agency captured the work in a one-minute timelapse.

Demolition began in mid-February and is expected to last about six months.