Seattle tunnel will be tolled beginning in November

The Seattle tunnel, which has remained free since it opened, will be tolled starting the morning of Nov. 9. 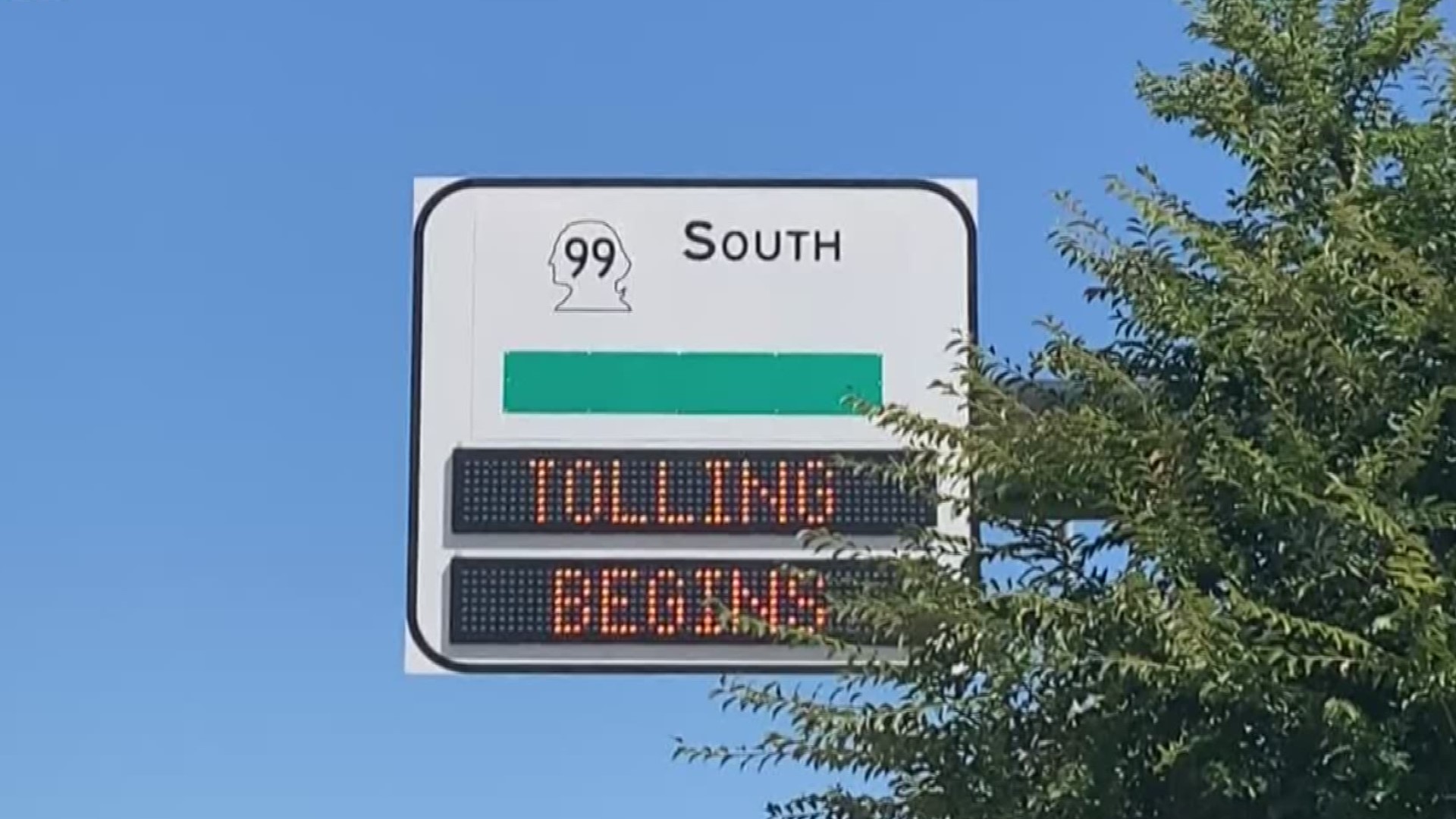 SEATTLE — The State Route 99 tunnel in Seattle has been toll-free since opening in February, but that will change in November.

In June, WSDOT announced tolling in the tunnel was delayed until at least fall. Transportation officials had previously said tolling could go live by early summer.

The delay was due to WSDOT’s transition to a new back-office system, which includes functions like customer service, operations, and account management.

Reema Griffith, executive director of the Washington State Transportation Commission, said in June that there would have to be a full system test in the SR 99 tunnel before it goes live and tolling systems around the state can transition to it.

WSDOT said back in February that it wanted to wait until demolition of the main waterfront portion of the Alaskan Way Viaduct was complete before tolling began. WSDOT said last week that demolition was 82% complete and their goal was to be finished along the waterfront by the end of summer.

RELATED: How to get a free 'Good to Go' pass

The transportation commission finalized tolling rates in October before the SR 99 tunnel opened.

WSDOT is giving away a limited number of Good To Go! sticker passes to drivers who use the tunnel before tolling begins.