The team of Seattleites broke a record making it to Ketchikan, Alaska in just 4 days from Victoria, British Columbia. 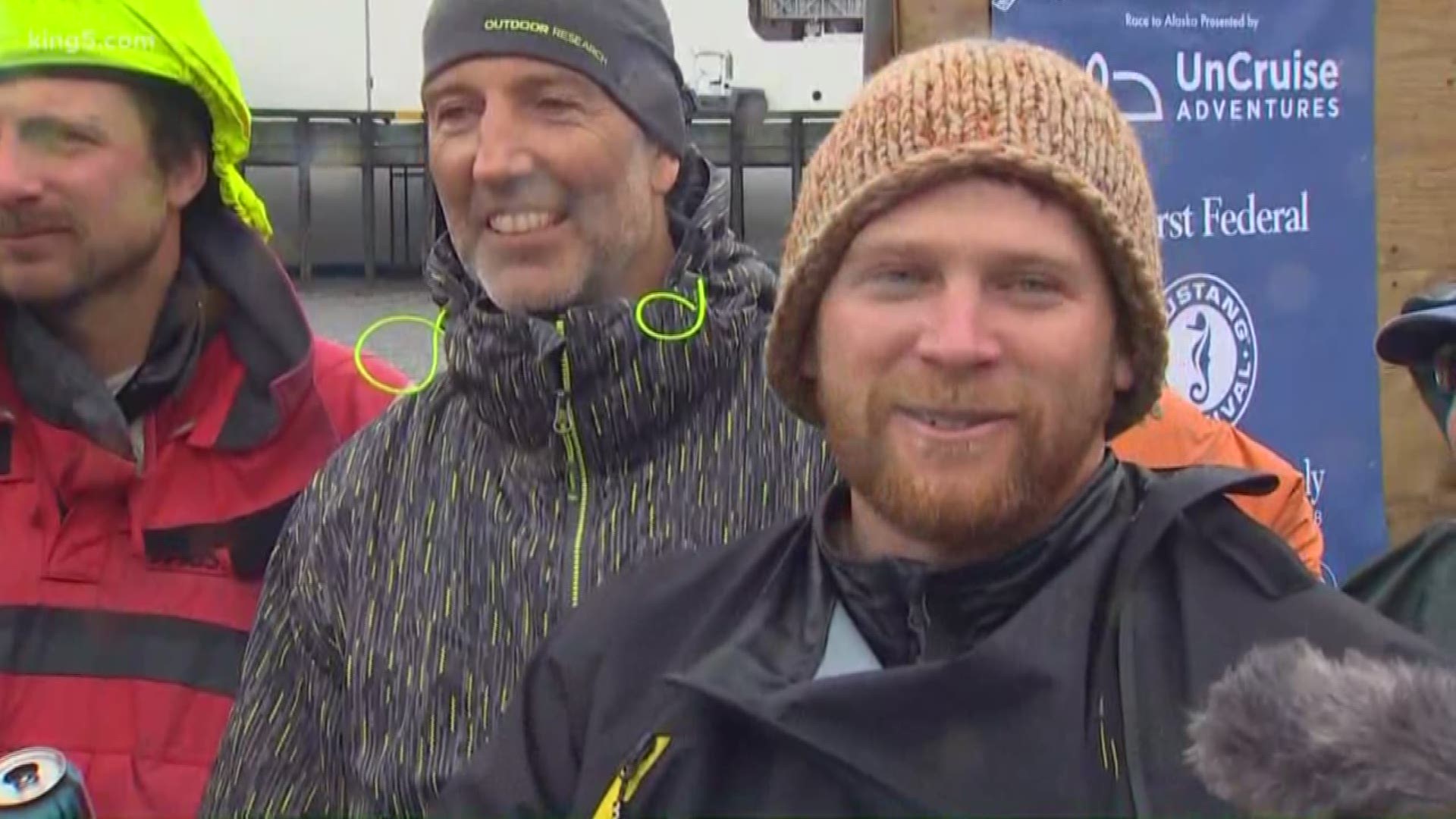 KETCHIKAN, Alaska — The Race to Alaska was full of excitement and drama. One team lost its rudder, another lost its transponder, and no one could find them. While the race is open to all sailors, it is truly a race for the most experienced and not for the faint of heart. Forty-six teams started out from Port Townsend, and 35 are expected to complete the race.

In the end Seattle team Angry Beaver sailed into Ketchikan first, taking the title. Angry Beaver finished the race in just four days from Victoria, British Columbia and seven from the start.

The team is made up of Seattleites; it's a mixture of sailors, technology experts, and even a chef. Many of these men grew up sailing together and decided to take on this race for the very first time.

“Putting the group together is more the key then anything else in finding the right people...On the race like this when you are dark sailing through islands and rocks and having to dodge things, the trust is a big part of it,” said Pistay.

RELATED: Sailors take off from Port Townsend to compete in the Race to Alaska

Much like most crews the sailors slept in shifts of two to four hours when conditions were calm. But when the waters were rough, it was all hands on deck.

“There are rocks and stuff, and like I said going 10 knots there are islands in the way so you got to figure out where you're going to end up. So, it's like a river rafting with a sailboat,” said Gavin Bracket.

The crew preserved through the challenges and just before 3 p.m. Monday they rang the bell on the 750-mile race.

WATCH: Teams arrive in Ketchikan after Race to Alaska 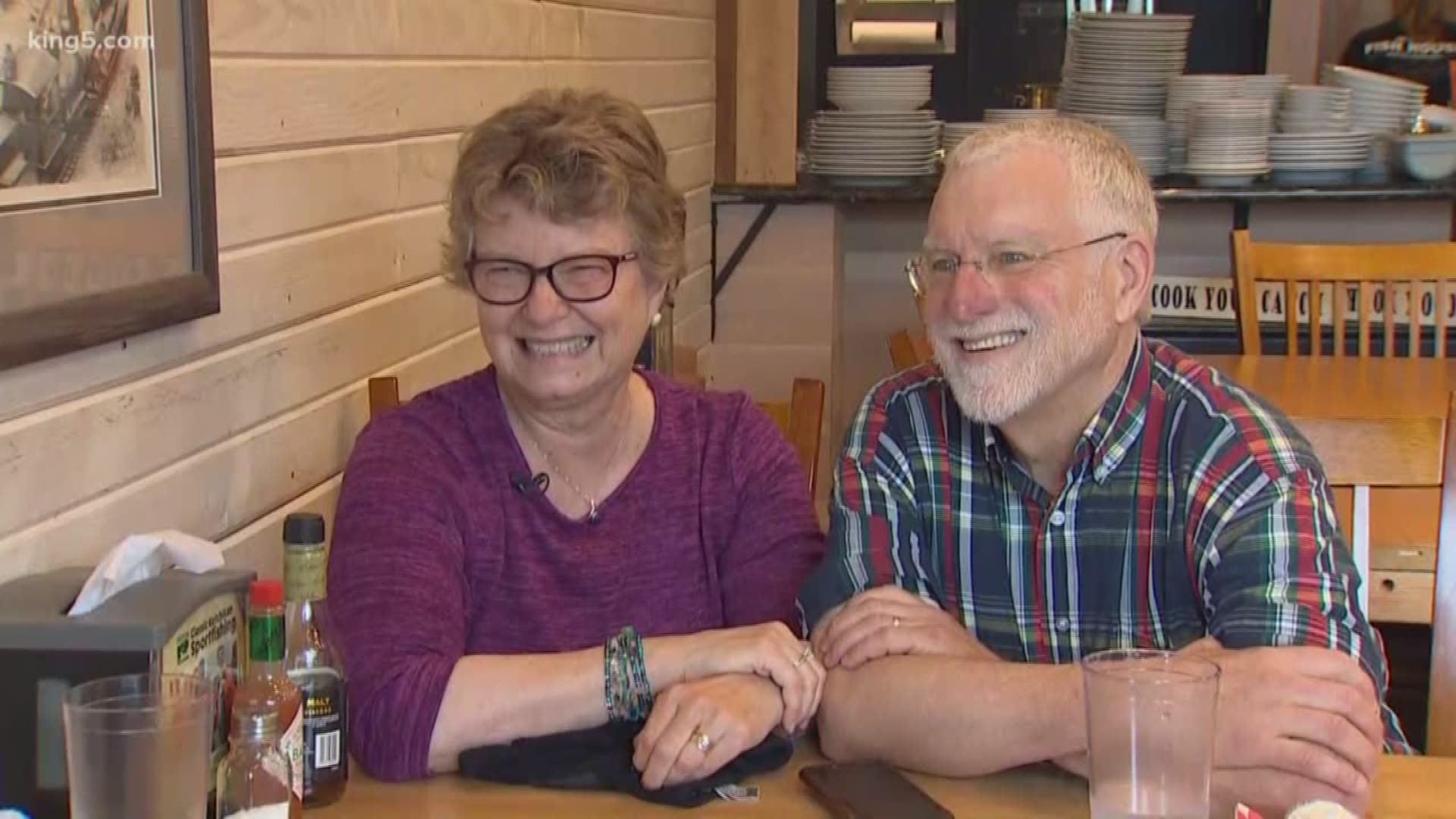 The second place winner was team Pear Shaped Racing, followed by Team Shut Up and Drive in third and Team Sail Like a Girl in fourth.

Team Sail Like a Girl had been full speed ahead and would have taken third if it had not been for an issue with their mast.

“We sailed so hard, we broke our boat,” said Sail Like a Girl Captain Jeanne Goussev.

If the team was disappointed about not winning the race for the second year in a row you couldn’t tell. They were met at the dock with champagne and cheers as they arrived in Ketchikan at 2:45 a.m. Tuesday, breaking their personal record from last year. Team Sail Like a Girl says while they are competitive their ultimate goal is to draw more women into racing. 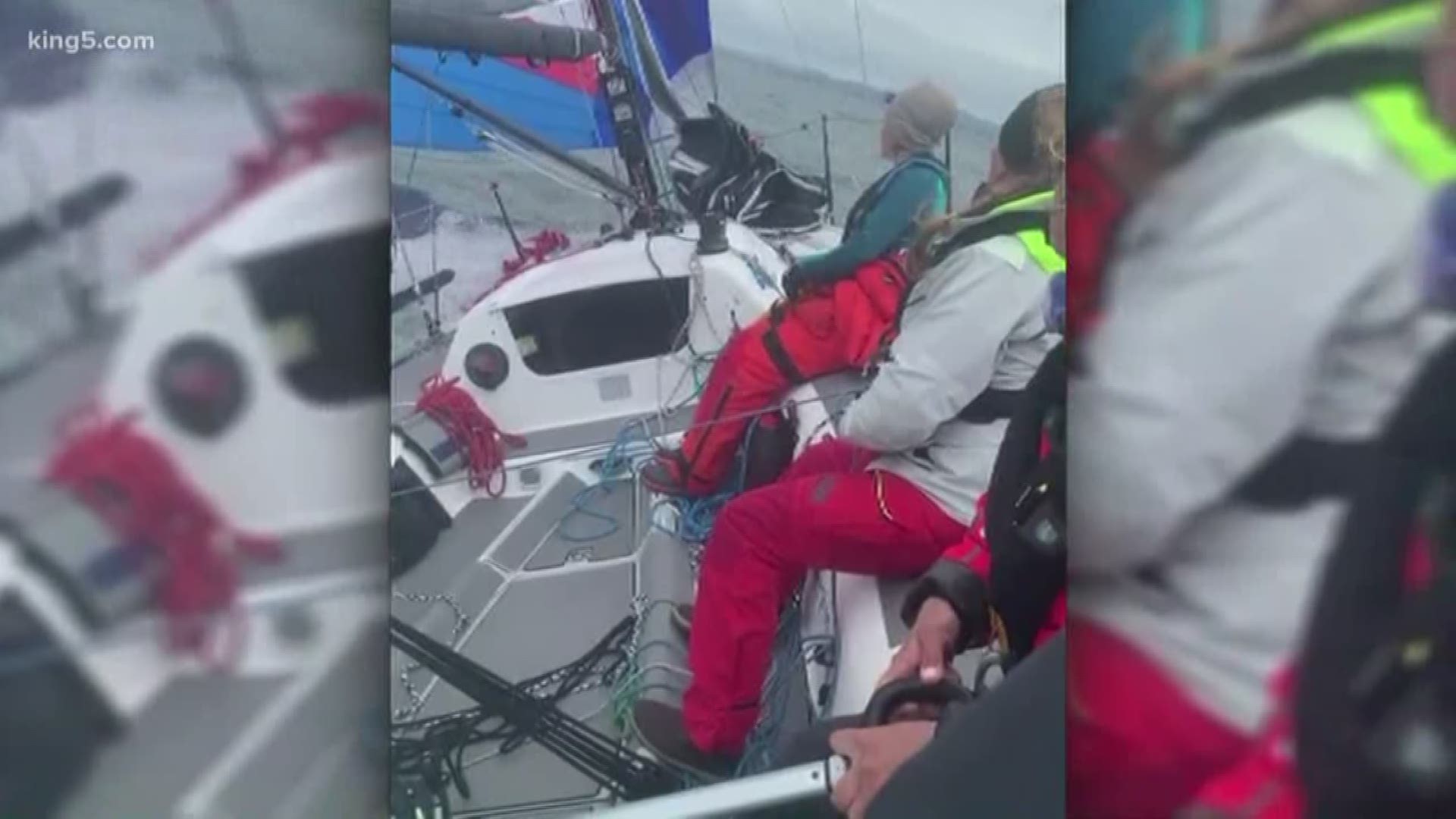 As of Tuesday morning less than 30 teams were still making their way to Alaska. They are expected to arrive by the end of the week to a massive celebration toasting sailors who made the journey. Follow the teams at tracker.r2ak.com.